Months After Surgery, These People Discovered the Unimaginably Horrible Thing Their Surgeon Did to Them | 22 Words 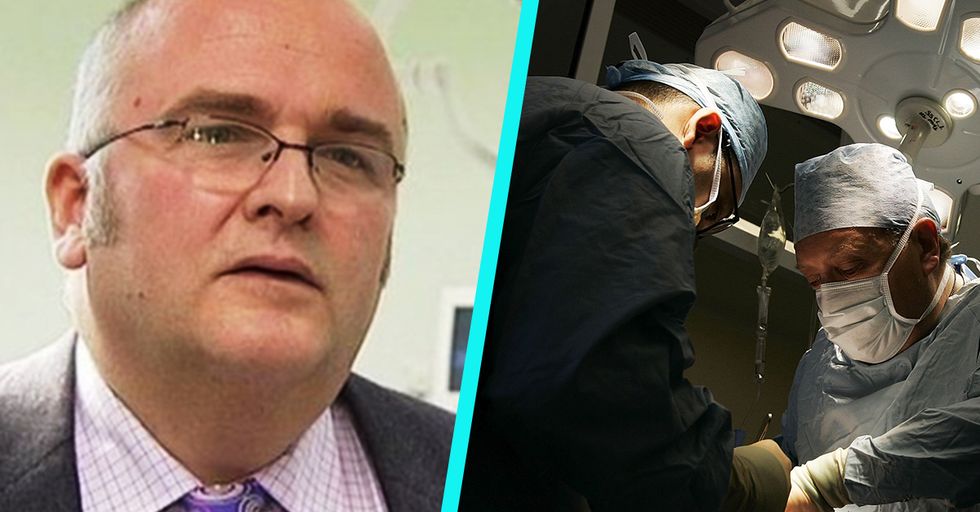 Months After Surgery, These People Discovered the Unimaginably Horrible Thing Their Surgeon Did to Them

Going to the doctor is typically a fraught process. There's all the poking and prodding, the having to take off your clothes in front of a person you're pretty sure is being super judgy, and the fact that you might hear news you really don't want to hear.

When you up this to a surgeon visit, things can get outrightly dicey.

For the most part, surgeon visits are (hopefully) a good thing. You go in and get a procedure you need in order to ensure that your health continues, or at the very least, you can live as optimally as possible.
Then, of course, there's all the horror stories. Who among us haven't heard of surgeons mistakenly leaving their tools inside a patient who then gets sick and has to get cut open all over again? In fact, there's even a name for it – retained surgical instruments.
There's also all the patients who get sexually assaulted when they're under anesthesia. Worst of all (not that any of the prior stated things aren't already horrific) is anesthesia awareness. If you haven't heard of this before, it's pretty freaking awful (but thankfully very rare).
Those affected wake up while under anesthesia and feel, hear and see everything happening to them – EVERYTHING – but cannot move or speak, typically because they've also been given muscle relaxants. Dr. Alexander Hannenberg, anesthesiologist in Newton, Massachusetts, and president of the American Society of Anesthesiologists explained to CNN that "Anesthesia awareness may relate to human error or equipment failure in delivering the anesthetic."
It's such a horrific trauma that those who experience it often get PTSD – dubbed anesthesia awareness-induced post traumatic stress disorder – and get flashbacks and nightmares of the moment. There's even a movie about it. Earlier this month, however, news emerged that gave us yet another thing to worry about when going under the surgeon's knife.
Dr. Simon Bramhall, an accomplished British doctor (according to the BBC, he's a "a highly-regarded liver, spleen and pancreas surgeon") admitted to a British court last week that he branded his initials into the livers of two transplant patients in 2013 using an argon beam.

Yes, you read this right – a surgeon literally carved his initials into the vital organs of patients using the same cauterizing tool he used to stop blood flow and resection organs. Bramhall is famous in England because he successfully transplanted a plane-crash victim’s liver into a patient, and has been regarded as one of the best in his field ever since. That is, of course, until he took to treating his patients' livers like middle-grade yearbooks.
Bramhill might've gotten away with his dirty deed had one of the patients not had (unrelated) complications and had to go under the knife of a different surgeon. According to the BBC, "it appears the liver in question was otherwise damaged and as a result did not heal itself in the normal manner, allowing the marks to be seen."
In the aftermath, Bramhill resigned from his job due to "stress." He said he'd made "a mistake," and that he "had a disciplinary meeting on 15 May." Bramhill was not fired then, but stated, "I made the decision on 16 May I would hand in my notice. It is a bit raw and I have to move on."
A representative for the court said Bramhill was charged with "assault causing actual bodily harm but pleaded guilty on Wednesday to a lesser charge of assault by beating (beating here refers to the physical act of inscribing the livers, not actually beating the patients)." That isn't all, however...
A specialist prosecutor for the Crown Prosecution Service in London, Elizabeth Reid, said Bramhall's actions were "deliberate and conscious," and further added, "Those assaults were wrong not just ethically, but also criminally. It was an abuse of the trust placed in him by the patients." This statement, by the way, would be the definition of the word understatement.

In any event, the Bramhall case has perplexed and divided England. It has also caused consternation for his clients, many of whom support the doctor.

As Tracy Scriven, one of his former patients stated to The Birmingham Mail in 2014, "Even if he did put his initials on a transplanted liver, is it really that bad? I wouldn’t have cared if he did it to me. The man saved my life."

Bramhill is not the first surgeon discovered inscribing things into his patients' organs, however. There are numerous cases of doctors doing so, including one intrepid doctor in Kentucky who carved his alma mater's insignia into a woman's uterus during a hysterectomy. He would have never been found out had the woman not looked closely at the video of the surgery and discovered him branding the initials UK, short for University of Kentucky, onto her organs. Surgery. Isn't it fun?