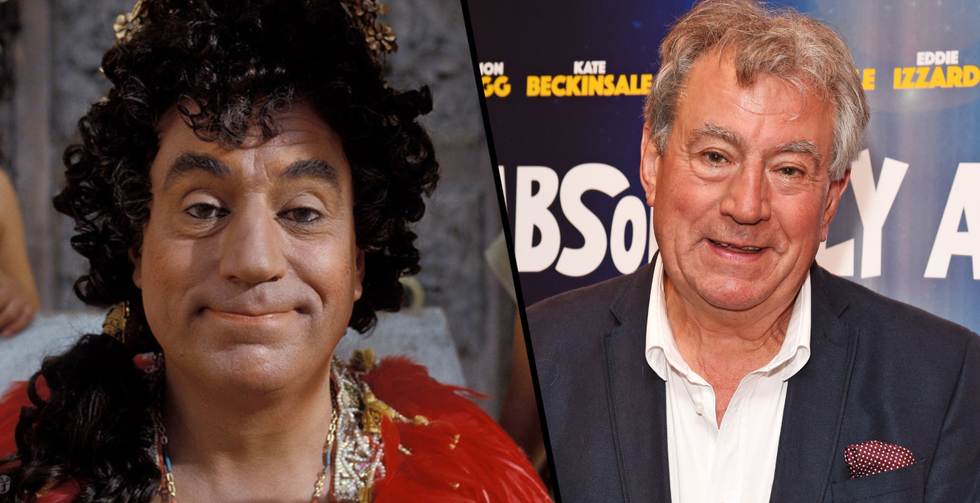 The tragic news has just broken that Monty Python star Terry Jones has passed away at the age of seventy-seven.

The Welsh-born actor was the founder of the timeless comedy and alongside massively impacting the world of comedy, he has truly left behind a legacy.

This news has just broken and it has already impacted fans and admirers all around the world.

Jones was brought up on a seaside town in the north of Wales and he and his family eventually moved to Surrey, in the south of England.

Jones has always had a taste for comedy...

When studying in Oxford, he met his soon to be co-star Michael Palin and the pair would regularly perform comedy acts together.

Jones and Palin appeared in TV shows such as Twice a Fortnight, and The Complete and Utter History of Britain.

Jones co-founded and directed Monty Python with Palin, and they soon brought on board with them Eric Idle, John Cleese, Terry Gilliam, and the late Graham Chapman.

Monty Python's Flying Cirus was the beginning of an entire world of comedy...

Loosely structured as a sketch show, but with an innovative stream-of-consciousness approach aided by Gilliam's animation, it pushed the boundaries of what was then acceptable in style and content.

It was, and still is, the peak of British comedy.

Their ridiculously hilarious sketches and bold senses of humor have created a timeless legacy in the world of comedy, and Monty Python certainly wouldn't be what it is today if it wasn't for Terry Jones.

Monty Python has received a lot of recognition...

In 1988 at the 41st British Academy Film Awards, they received the BAFTA Award for Outstanding British Contribution to Cinema, and in 1998 they were awarded the AFI Star Award by the American Film Institute.

The work of Monty Python has influenced countless comedians around the world...

After 1983, the members of Monty Python embarked on solo careers...

But they regularly met for reunions, and Jones went into more directing, and he even wrote the adventure comedy series Ripping Yarns with Palin.

Jones moonlighted as a historian...

And he had 3 children from the 2 relationships - Sally, Bill, and Siri.

He was rehearsing for the Monty Python Live (Mostly) reunion show when he experienced great difficulty in learning his lines - a very unusual trait for the experienced actor.

And in 2015, he was diagnosed with having frontotemporal dementia (FTD), a condition that affects the front and sides of the brain, where language and social control centers are based. Typical behaviors of this form of dementia include erraticness and carelessness for family members and friends.

But despite his diagnosis...

Jones' spirit wasn't easily dampened. Speaking to The Guardian back in 2017, Palin said of his friend, "The thing that struck me was how Terry reacted to his diagnosis... He was very matter of fact about it and would stop people in the street and tell them: ‘I’ve got dementia, you know. My frontal brain lobe has absconded’." "He knew exactly what was affecting him and he wanted to share that knowledge – because that is the way that Terry is. FTD may cause loss of inhibition, but Terry was never very inhibited in the first place."

Jones gradually deteriorated over the years...

And over the last few days, he was constantly surrounded by family and friends as he gently slipped away in his north London home.

He passed away peacefully on the 21st of January 2020.

Farewell, Terry Jones. The great foot has come down to stamp on you. My god what pleasure you gave, what untrammell… https://t.co/Fm01hqBKMH
— Stephen Fry (@Stephen Fry)1579698040.0

Tributes have poured in, with big names in the comedy world praising and thanking Jones for his incredible talent and inspiration over the years.

His death was confirmed in a family statement...

It said he had been fighting "a long, extremely brave but always good-humored battle with a rare form of dementia."

A true legend who will never be forgotten.

Rest in Peace, Terry. Our thoughts and condolences go out to his family and loved ones during this difficult time.