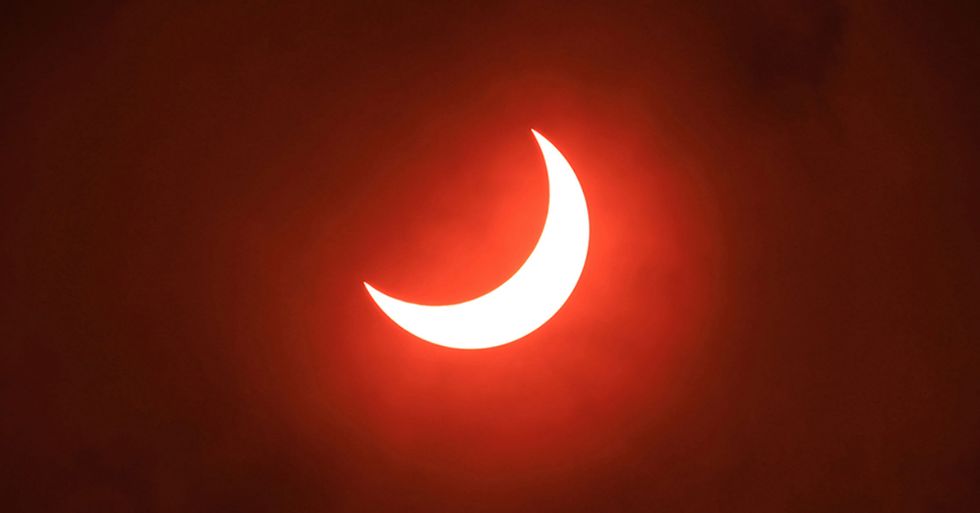 Moon, Mars, and Earth to Align Before Dawn This Morning

And this morning, the skies are set to light up with something truly magical...

There's an exciting event happening in the skies this morning.

Well, actually, you didn't need any fancy equipment to catch this event - you just need to know what you're looking for.

It's not gonna be too hard to spot.

Because what you're looking out for is a rare eclipse-esque event, called a lunar occultation.

It's worth looking out for.

The earth, moon, and planet Mars are going to be perfectly aligned.

And, depending on where you are...

Mars is set to disappear completely from the sky!

So, where does it go?

Well, technically nowhere - but it'll be hidden completely by the moon for some time this morning.

And this does not happen very often.

"A lunar occultation involving a planet is a rare event. There are only a few per decade as seen from any given spot on the globe," said AccuWeather's Dave Samuhel.

You don't need a telescope to spot it.

Both Mars and the moon are bright enough to be spotted by the naked eye.

You just have to know where to look.

And that is, of course, dependent on your location.

The time of day will also point you in the right direction.

The more easterly you are, the earlier you'll need to look out for the phenomena.

On the east coast, it'll be just after sunrise.

But those on the west coast will have a better chance of seeing (and photographing) the phenomena.

And that's not the only exciting space news this year!

Each and every full moon of 2020 has a special name - and they're set to be big 'n' beautiful.

Obviously this occultation isn't the only moon action we get this year.

We're also set to have 2 more supermoons on March 9th and April 7th.