Surely, people can't be evil enough to do such horrendous things to innocent animals? | 22 Words 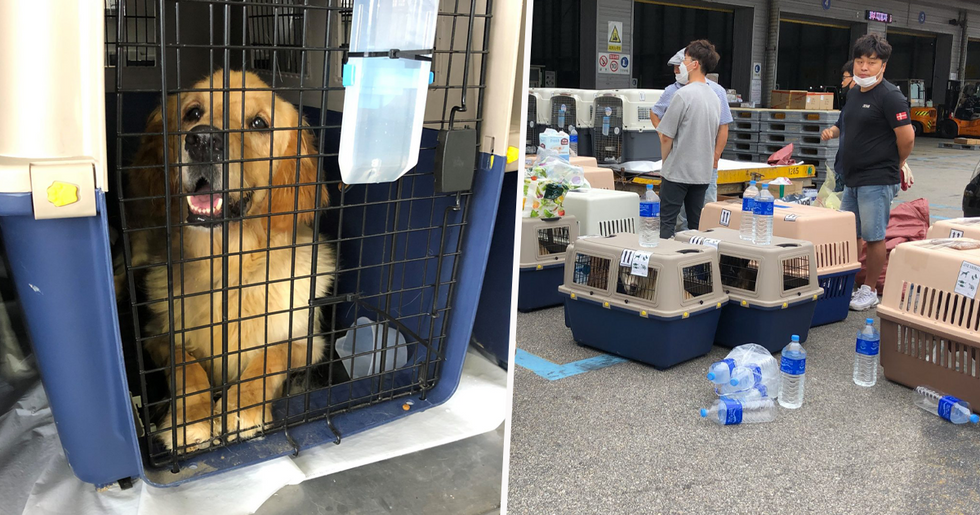 More Than 100 Dogs Rescued From South Korea Dog Meat Markets and Flown to U.S for Adoption

Over a hundred dogs have been rescued from notorious South Korean dog meat markets, and they're now on their way to the U.S. in the search for their forever homes...

The dog meat trade is one of the most publicized animal welfare issues in Asia.

And many have gone on to be rehomed with loving families.

And this week, Humane Society International revealed one of their biggest hauls yet.

It was reported that over a hundred dogs were rescued from markets in South Korea, and have been flown over to the U.S for adoption.

All of the dogs were found in dog meat markets and farms...

And they were each destined for a brutal death at the hands of the meat traders and butchers.

But, thankfully, help was at hand...

And, upon their rescue, HSI has since partnered with various animal shelters in Virginia, Pennsylvania, New Jersey, Maryland, and New York to find these pooches a loving home here in the States.

Of the dogs rescued...

Sixty were taken from one single dog meat farm in May, which HSI has thankfully helped to close down following their rescue.

The dogs now have a bright and happy future to look forward to.

In the press release, CEO of HSI, Kitty Block, said: "Rescuing animals from suffering and neglect is as important as ever. Thanks to the hard work of our staff and partners - both in Korea and the U.S. - these dogs will now have the happy lives they deserve: with families who love them."