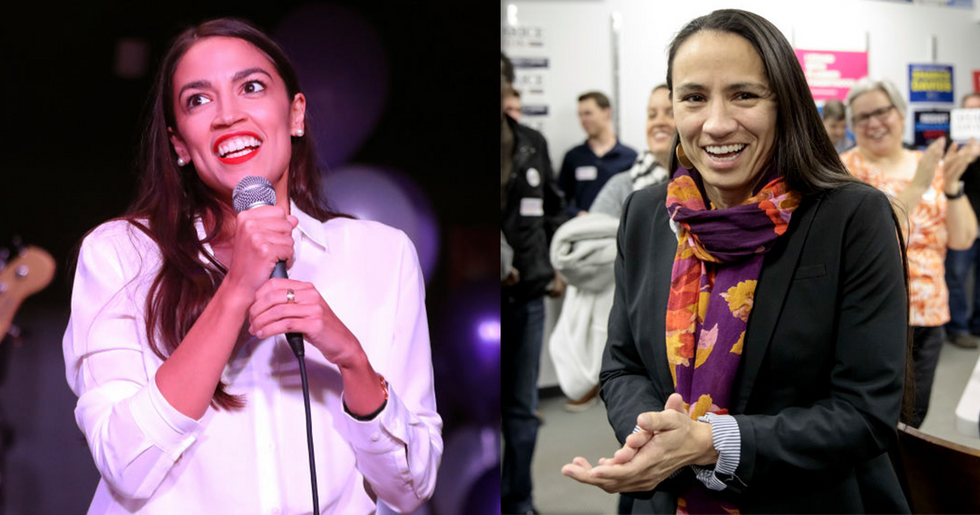 More Than 100 Women Were Elected To Congress Last Night

In a historic sweep during last night's midterm elections, over 100 women have been elected to Congress. And that is great news.

Listen, it's been a rough two years. Many of us have been waiting for the perfect candidates to emerge out of the rubble, but these women weren't going to wait. They just became the candidates they wanted to see. And that, my friends, is extremely badass.

It turns out the future really is female.

While many were talking about Democrats' "blue wave," this "lady wave" came out of nowhere.

It isn't just women who are excited about these sea change.

We can't wait to see what these incredible women do with their power and platform.

So, who were the women?

This was truly a night of incredible firsts.

They are all different ages, races, and orientations.

Sharice Davids, an openly gay Native American woman, managed to unseat her Republican opponent who also happened to be the incumbent.

When you think about how long it's been since we violently stole this land from our Native American brethren, it seems crazy that it took this long to elect a Native American to Congress. But we are psyched it's finally happening now!

Not only did her campaign take no corporate money, but less than a year ago she was working waiting tables. Through grit, determination, and a brilliant platform based on social progress, Ocasio Cortez was able to defeat the Republican candidate, Joe Crowley.

Let's hear it for these incredible women!

Share this story with your friends to inspire them and prove that women have got what it takes!