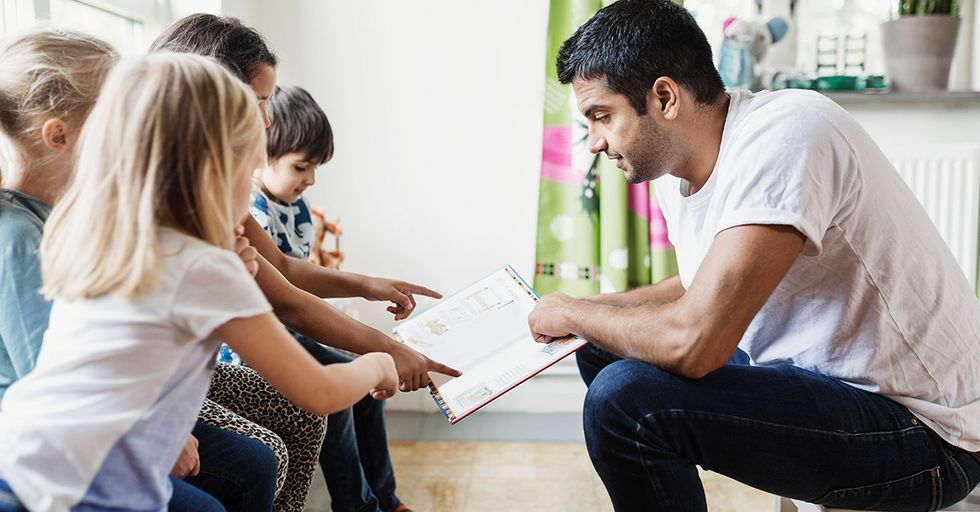 More Than Half of Americans Think Arabic Numerals Shouldn’t Be Taught in Schools, According to Survey

Surely it won't surprise you when we say that America has a bigotry problem. I mean, it's only in the news every other day. And we see evidence of it in our regular, day-to-day lives. In most cases, the biases and prejudices people have are pretty obvious to see.

But have you ever wondered how big of an effect unconscious biases have on your life? Most people have them in some form or another; the trick is to recognize them before they completely color our world. To that end, one market research company conducted an interesting survey. They asked the question: should Arabic numerals be taught in schools?

So, a lot of people said "no." But that answer really doesn't make sense, for a very good reason. Here's why answering "no" to that question is absolutely indicative of an unconscious bias!

Let's talk about this survey.

And here's the thing:

Civic Watch may have been asking about Arabic numerals in schools, but the question they were really asking was much deeper.

Because Civic Watch found that 56% of the people they surveyed said no, while 29% said yes and 15% had no opinion either way.

Here's what that means.

It means that 56% of the people surveyed (actually, 71% when you factor in the 'no opinion' crowd) probably don't know what Arabic numerals are.

Yeah, it's the technical term for basic numbers.

What's with the name?

Well, the Arabic numeral system was first developed by Indian mathematicians. From there, it spread throughout the Arab world, and only then did it catch on with the European crowd.

So, about that survey...

Civic Watch didn't define Arabic numerals before asking the question; they wanted to know if Islamaphobia and bigotry would factor into the results.

Sadly, some 2,020 people were woefully uninformed about the number system they grew up using--and they seemed to have a bias against something with the word "Arabic" in it.

Because you know that's why they said "no."

At the end of the day, a bunch of people heard the word "Arabic" and had a knee-jerk reaction to shoot that word down without knowing what it really referred to.

Well, I guess there COULD have been other reasons.

You never know when society will start a push to return to the days of Babylonian cuneiform--or just do away with numbers and math altogether! ...Nah. It's still definitely the prejudice thing.

The chief executive of Civic Science, John Dick, gave his thoughts on the survey.

"[These results are] the saddest and funniest testament to American bigotry we’ve ever seen in our data," said Mr. Dick. "They answer differently even though they had equal knowledge of our numerical nomenclature. It means that the question is about knowledge or ignorance but [also] something else – prejudice."

He also shared some info on their research.

According to Dick, the goal of the survey was to “tease out prejudice among those who didn’t understand the question".

And they certainly succeeded.

You can also see the divisions along political party lines; 72% of those "no" answers came from Republican-supporting people, compared with 40% of Democrats.

It's an interesting statistic.

Especially when you factor in the fact that there was no significant difference in education between two groups; that is to say, everyone involved had gotten comparable levels of education.

Ladies and Gentlemen: The saddest and funniest testament to American bigotry we've ever seen in our data. https://t.co/Bh3FBsl8sR
— John Dick (@John Dick)1557600885.0

And this ignorance isn't just on conservatives. You see, Civic Watch asked another poll question too, this one with different buzz-words.

Civic Watch asked, “Should schools in America teach the creation theory of Catholic priest George Lemaitre as part of their science curriculum?"

But we'll still tell you: 73% of Democrats answered “no", compared to 33% of Republicans.

All of those people made an assumption.

That assumption being, presumably, that this scientific theory was actually not scientific at all, but the religious idea of intelligent design.

But that's not an accurate assumption.

George Lemaitre was a Belgian physicist in addition to a priest, and his "creation theory" is actually what we now call the Big Bang Theory!

Yep, the big bang was discovered by a priest.

Lemaitre was the first to discover that the universe was expanding and therefore proposed that our universe had originated from the explosion of a single particle--the big bang.

"While Lemaitre is more obscure than Arabic numerals, the resulting effect is almost identical," Mr. Dick said. "Dems are biased against Western religion, if latently."

In the words of Mr. Dick: "This kind of blind prejudice can happen on both sides."

This isn't the first time Civic Watch has called America on its ignorance.

In 2015, they conducted a survey among Republicans asking who, if anyone, supported bombing "Agrabah."

And the results were...very telling.

30% of those surveyed said that yes, they would support bombing Agrabah. The twist? Agrabah is the fictional city in Disney's Aladdin.

So there's a lesson regardless of your political affiliation.

We tend to let our biases, whether they're conscious or unconscious, cloud our judgment.

When we hear a word that we associate with those biases--like "Arabic" or "creation theory", we make snap judgments.

Let's be a little more conscious.

Maybe you don't even realize it, but learning about our own biases is important because those biases shouldn't be allowed to color our world.

It's not easy to do.

Turn around years of ingrained prejudice? It's gonna take some hard work, but it's worth the effort.

Just think about it!

And the next time you hear a word that sets those internal alarms subconsciously ringing, think of our good old Arabic numerals. Share this story and make sure your friends also know their numerals!