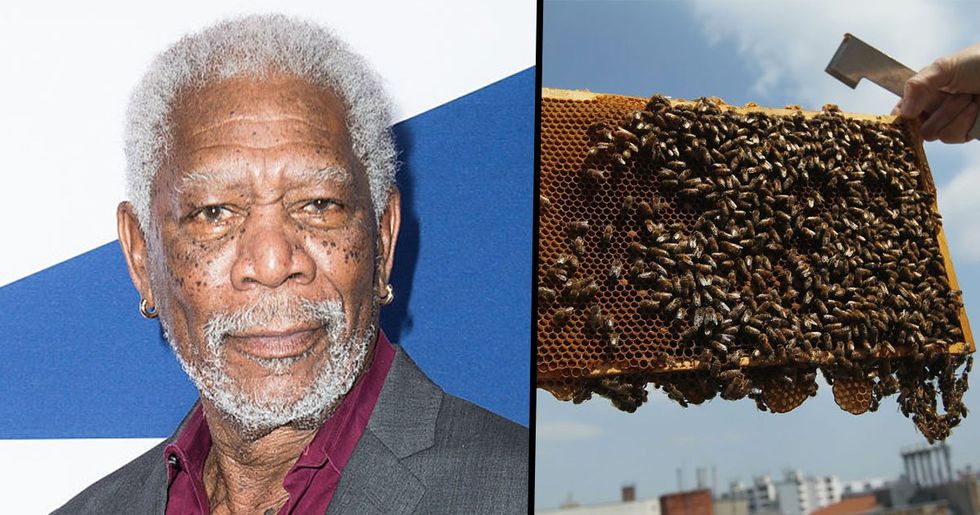 I think we can all agree that Morgan Freeman is just an awesome guy! Not only has he starred in modern classics such as The Shawshank Redemption, but he also has the coolest voice in Hollywood history. He’s also a kind and wise man, something that he continues to make evident through his amazing acts in helping to preserve the planet and it’s wildlife.

Recently, the eighty-one year old actor decided to add another title to his CV: Beekeeper. Yes, Morgan Freeman has decided to dedicate his spare time to keeping and protecting bees. Not only this, he has also decided to turn his one hundred and twenty-four acre ranch into a perfectly maintained bee sanctuary! What a guy.

Morgan Freeman is a Hollywood legend!

Freeman has managed to remain one of the most recognized and distinguished actors in the film industry.

But now he’s decided to rebrand himself.

At eighty-one years old, the actor has now decided that it's time to pick up a new hobby and become a beekeeper.

Freeman first mentioned beekeeping in 2014 during an interview on The Jimmy Fallon Show.

He spoke about his beekeeping skills.

Before appearing on the show, the actor had only been keeping bees for a few weeks, but he still had plenty to discuss.

Like how we should be protecting the honey-making insects.

Bees are the foundation of our planet, according to Freeman.

During the interview, Freeman spoke about his incentive to become a beekeeper. And the main reason that he decided to take up this new hobby may shock you.

Freeman stated: "There is a concerted effort for bringing bees back onto the planet…We do not realize that they are the foundation, I think, of the growth of the planet, the vegetation..."

Since the interview, he's made a big decision.

Since then, Freeman has transported more than twenty-six beehives from Arkansas to his ranch and home located in Mississippi.

And the ranch is one hundred and twenty-four acres!

So we can rest assured that those bees are well looked after and loved.

The actor even commented on what he wears while beekeeping.

Often, when beekeeping, the keeper is expected to wear protective clothing and gear.

But this is Morgan Freeman!

And he has yet to be stung!

Amazingly, the actor hasn't been stung by one of his bees yet, but there may be a reason for this.

Unlike other keepers, Freeman has no intention of exploiting the bees.

Instead of keeping bees for their honey as most do, Freeman simply wants to keep them safe, protected and well-nourished. He happily feeds them himself with sugar and water.

He has also made his ranch into a flowerbed of dreams.

Beyond the colonies and sugar-water, Freeman has planted a plethora of bee-friendly flowers, from fragrant lavender to blooming clover, on his property!

I think we should all thank Morgan Freeman for his hard work and wholesome intentions in trying to preserve such a beautiful species - and the planet, of course!