What's the Most Awkward Movie Scene You've Watched With Your Parents? | 22 Words 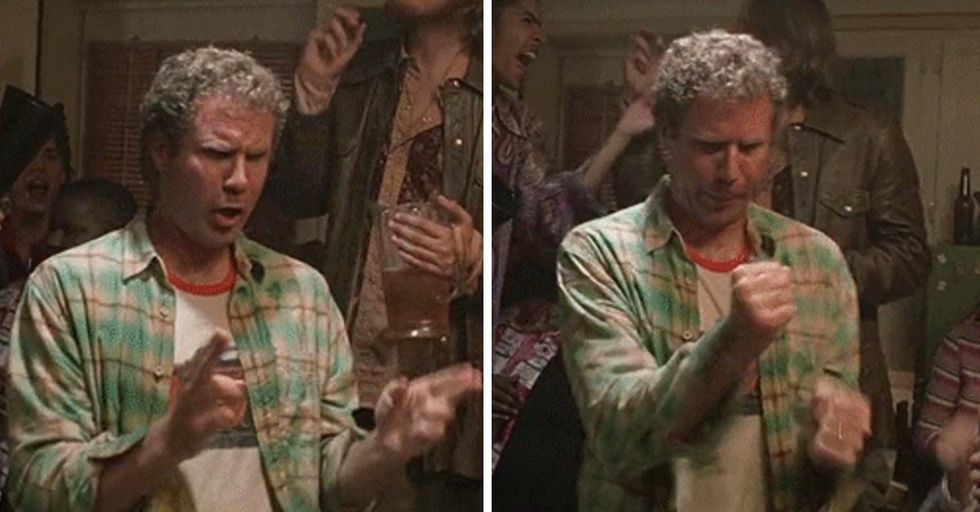 What's the Most Awkward Movie Scene You've Watched With Your Parents?

We've all been there. You sit down to watch what you think is going to be a family-friendly movie with your parents when all the sudden, things take a turn for the worst. What are you supposed to do when a movie becomes awkward, and your mom is three feet away from you on the couch? Do you pretend it is normal, and stare at the television without making eye contact for the rest of the night? Or gauge out your own eyeballs with the nearest spoon? There's no good answer.

But rest assured, you're not the only one. I have a vivid memory of watching She's All That with my mom when I was in 5th grade and having to suffer through the pizza scene. (If you don't remember that scene: Google it. It's not something a pre-teen wants to chat with their mom about.)

Here are some of the most awkward movie scenes people have ever watched with their parents and lived to tell about it.

Well, maybe it was the type of thing you tried not to ever think about again.

Ugh, so many terrible memories.

Lots of people had horrible experiences to share that scarred them for life.

Some movies are better watched alone.

Or at least not with your mom.

This is a movie about a girl and her mom.

But it might be better if you don't watch it with your actual mom.

Sometimes your parents see movies as a way to open up conversation.

And 100% of the time, kids do not want to have that conversation.

With a title like that, how could you say it was good?

At least one of them enjoyed it.

Can you handle any more of these? I'm starting to feel nauseous.

I feel like hiding in my childhood bedroom forever.

RIP to the poor soul who died during that movie.

This one sounds more innocent than it is. A Broadway show with puppets!

Spoiler alert: there is an extended puppet sex scene.

@merrittk do NOT watch CARRIE (1976) - ESPECIALLY THE OPENING SCENE IN THE SHOWER WITH THE MENSTRUAL BLOOD - with y… https://t.co/XNSwkBvMif
— Scott Prendergast (@Scott Prendergast)1540262038.0

Google a movie before you agree to watch it with your parents.

Then you won't end up here.

Whew, do you think you can handle more?

Take a deep breath, we've got a bit of a line-up ahead.

Well, guess you can't ever speak to grandma again, without things getting uncomfortable.

Ok, this one made me laugh.

I can't believe she thought the movie was about trains.

This is a romantic comedy, right?

Grandma will love it!

It's the movies you wouldn't expect.

She hasn't spoken to them since.

@merrittk I watched Legends of the Fall with my parents when I was like 14 and I’m still uncomfortable it’s been 9 years
— Marissa Gatsios (@Marissa Gatsios)1540263185.0

It's sad but true.

You forgot one important thing about this holiday classic.

Yeah, remember that next time to settle in to watch a movie with your family.

Or at least have the fast-forward button ready.

To all the parents out there: you can't take your kids to see movies only based on the title!

She thought it was about a zoo, which makes sense. But it's still funny!

NO DAD IT IS NOT.

This is the most Dad phrase I've heard anyone say.

That's one way to go about it.

Maybe not the best way, but it is a way.

This dad's decision made me laugh so hard.

Fast forwarding is not always the best option.

Do you need a break yet?

Well, here's a kitten to keep you going.

What a sly mother!

@merrittk My mother bought Titanic on the two VHS tapes, made us leave the room, figured out the trick to record ov… https://t.co/aEd3BAExoR
— Troy Glidden (@Troy Glidden)1540352263.0

What did she record over the car scene? The Flintstones?

South Park is not for kids.

This only makes it worse!

You have to pretend nothing happened.

The foreign exchange student was there too!

Wow, this is bad.

Lol, your mom was just pretending to spare you the awkwardness!

@merrittk "Parenthood" believe it or not. I was in high school. The scene where Steve Martin finds his sister's vi… https://t.co/QdtkWEjRQg
— Spooky Comet (@Spooky Comet)1540419149.0

She totally knew what those were.