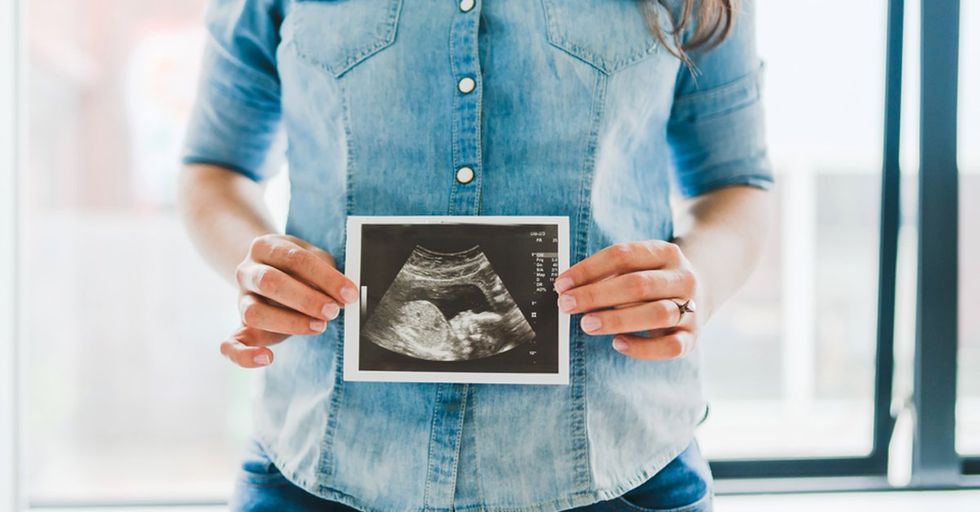 What's the Strangest Pregnancy Advice You've Ever Gotten from a Total Stranger?

It is a truth universally acknowledged, that as soon as someone becomes pregnant, they also become inundated with advice from perfect strangers. And guess what? That unsolicited advice doesn't ever stop. Ever.

For whatever reason, people will see a pregnant person and think to themselves: "I should definitely give advice to that person even though they are a total stranger and they did not ask for it. I should also share with them a terrifying list of everything that could possibly wrong go wrong during pregnancy and the birthing process. Ooh, and I'm gonna touch that belly, too."

A recent AskReddit thread gave people the chance to share their own stories of bizarre pregnancy advice they got from people. And, WOW. There are some real doozies here.

Let's get things started with a real banger:

I was told that I need to shave down there or the baby will get carpet burn. Like...Wut? –fallingkites88

I was told to not drink water because it causes nausea. –melbell518

When I was pregnant past my due date a co-worker advised me to drink cod liver oil mixed with vodka. Apparently, this mixture would upset my digestive system, give me horrible diarrhea and thus trigger labor contractions. –hydrawoman

There's a whole lot of yikes in this one:

Someone told me my labor should be painless because Jesus died and erased the “pain during childbirth" penalty humans got from Eve. If I feel pain, it’s because I don’t believe in Jesus’ redemptive powers. –Lotrfreqally

Someone told me not to drink hot tea because then I would boil my baby. –sawcy_cat_

That is not how any of this works.

Someone told my SO not to bathe because the baby would drown. The reasoning for this advice was that the umbilical cord acted as a sort of snorkel from the baby to the mother's navel. If the navel was submerged the baby wouldn't be able to get air. –HerrDresserVonFyre

I had a co-worker tell me that eating peanut butter (I was eating an apple with peanut butter on my lunch break) would give my baby cancer. I already thought she was the world's greatest idiot so that nugget of wisdom was just confirmation. –MyWaffleDoesNotJudge

They told me not to sit on stairs because it will cause you to have a miscarriage... People are crazy. –PrincessShelbyy

I was about 8 months pregnant at the time. I said something at family dinner one Sunday about how I was scared of labor, and my gram shouts out, “ You know you should smoke a blunt." Now, my family’s open about their pot use. Most of my family will smoke from time to time, but my grandmother has never smoked in her life so I was a bit confused. I just looked at her and she keeps going: “If you smoke blunts while you're labor, it will keep you calm and help with the pain. I'll find you some weed; just smoke in the bathroom of the hospital. But wear socks. You have ugly feet and the doctor won’t want to help you if he sees your cracked heels." –milkandcookies

How is that supposed to help, exactly?

I got severe itching all over the body during the 7th month of pregnancy. Did the routine test for liver function. All normal. Colleague advises: rub your husband's underwear which he has left for wash/laundry all over your body aa s remedy for itching. No. I DID NOT FOLLOW IT. –THEMNGIRL

This one seems harmless but is still very weird.

One of my work colleagues was obsessed with recommending that I eat citrus fruits, especially the easy-to-peel Cutie tangerines. She was convinced it would give the baby a higher IQ in the long run. –AikenRhetWrites

Someone told me to put baking soda in a cup and pee on it first thing in the morning. If it fizzed, I was pregnant with a boy. If it did not fizz, I was having a girl. –introvertalert

Do not go to the zoo because if you look at a monkey your baby will be ugly. –rjlik

My grandma constantly told me not to argue with my husband because it would cause the baby to be “fussy" and “difficult." –lemonseedsforme

Frozen cabbage leaves in the bra to help with swelling and pain due to breastfeeding. While it felt awesome for the whole minute or so they stayed frozen, they eventually turn to mush and make a mess. –CheeseVampire

Never too early for capital punishment!

My mom was talking to my paternal grandma while pregnant with me then winced because I was kicking her ribs. My grandma told her "swat it so it'll know!" She wanted my mom to spank fetus-me through her own belly for kicking her. After my mom told us that story, "Swat it so it'll know" became a common response any time someone was complaining about something. –keekzula

With my first baby, I had a random lady in a grocery store tell me to take a bath in bleach because "it's good for the skin and for the baby's growth and development." I was mortified. –kinnersmomma

Seriously, where do people come up with this stuff?

Not allowed to sew either using a sewing machine or by hand. It will cause the umbilical cord to tangle. –Inis90

The lady giving me a pedicure in my nail salon suggested I let my husband have extramarital affairs for a few months postpartum so I could recover. –littlemogmog

This one cracks me up:

Don't name my son "John" because it's too old fashioned and he'll be made fun of because of it. –puppypoet

My BMI was 24 pre-pregnancy. Was instructed by the doctor not to gain any weight especially making my BMI higher or I was going to end up with a 'Fat Vagina' which would be unable to let a child pass through. I asked him for a medical journal reference as to where he found that information, was told to maybe find a different doctor. –ponytailnoshushu

Father-in-law: "Make sure you sleep with your ankles above your head so the baby doesn't fall out while you're sleeping." Because walking around is fine, but laid flat at night the baby could just drop out at any second... –GBrook-Hampster

It was explained to a pregnant me by a woman in her 40s-50s that having water (or any beverages) cooler than room temperature would kill the baby. Once the baby was born, still no beverages below room temp for a year or two, and the first six months to a year I’d pretty much recover in bed and not lift a finger and my mother was to be 100% in charge of caring for the baby and making all decisions; also responsible for caring for me. No idea where my husband was supposed to be in all of this. In any case, I prefer icy cold water and was sipping it from my reusable water bottle the entire time I listened to her fascinating tale. –GiggleButts

My coworker told me to toughen up my nipples with an SOS pad... –herbal-haze

Why are people so dang rude?

I was 6 or so months pregnant with my twins. I didn't look "large" because I carried one girl under my ribs and used to have awesome abs. My advice from a stranger was that I should see a new doctor because I wasn't pregnant with twins because I was not big enough... Ok, I've only had about 15 ultrasounds at that time and did IVF to have them but you must be right, the stranger at the mall judging me while I'm being pushed in a wheelchair because I can't breathe and need to be on low activity. –captkate

You mean you don't discuss your sex life with perfect strangers?

The day before induction, the cashier at the grocery store said we needed to just go home and have sex to jumpstart the process. Maybe it would've worked, but still not something you want to discuss with random cashiers. –wezli333

How does that work, exactly?

I was told by a random old woman in a grocery store that if I kept wearing jeans during my pregnancy I'd give birth to a baby with a cleft palate. –MissEdgarAllen

My ex-stepmother (who has no kids of her own) once set her hand on my prego belly and knowingly said: "You can't raise a child until you've been saved by Jesus." Uh, I'm pretty sure he's coming out whether I'm a godless heathen or not. Sure enough, he's 11 now. HAIL SATAN. –verbrijzel

This does not sound fun.

No one's talking about the Chinese practice of confinement? My wife's family said she couldn't bathe or go outside for a month after the baby was born, could only eat certain foods that tasted super plain that were made to 'replenish and warm the blood'. Sounds like a recipe for depression. –grayum_ian

I was at work and grabbed a Coke to drink with my lunch. A colleague looks at me, and tells me that I shouldn't drink it! So I asked him why, and he said it would make the baby Deaf! "Ermmm... How would that happen?" Simple! The bubbles exploding in my belly would harm the embryo's hearing. –Teaandcookies Share this with someone who will get a kick out of this ridiculous advice!