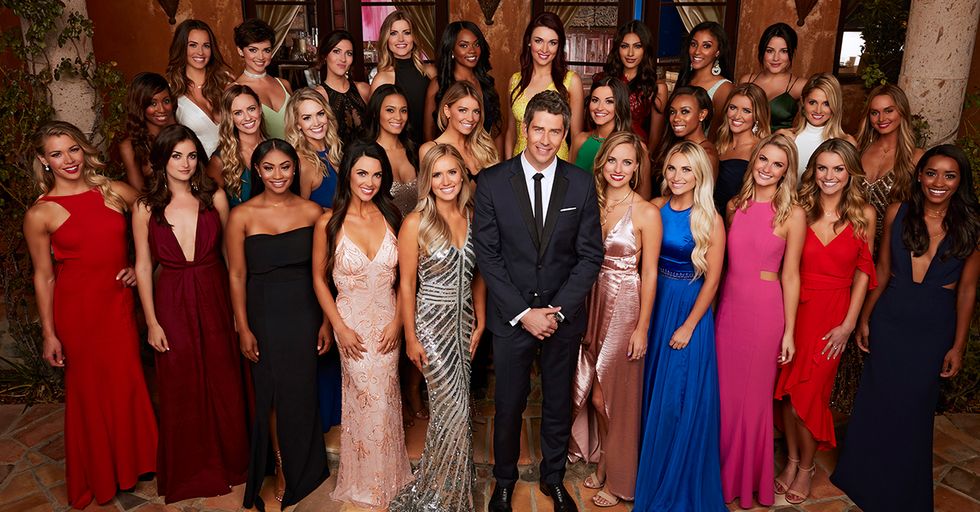 Reality television is insanely addicting. Sure, decompressing with an incredible work of literature or listening to amazing music can be great, but sometimes nothing fills the void the way a mindless, foolish, ridiculous episode of reality television does. I'll be the first person to defend reality TV. For one, our days are filled with things (typically) and it can feel overwhelming. Balancing relationships, friendships, work, and overall wellness can feel like a lot. Sometimes, there's nothing better than kicking back on the couch, sipping some red wine, and watching an episode of Real Housewives of New York City.

There are reality TV shows for everyone. Whether you're into home renovation, cleaning out closets, competitive baking or kitten rescuers (one of my personal fave genres), there's a reality show for everyone.

But perhaps the most famous corner of the reality television world is The Bachelor and The Bachelorette. Seriously, these shows have some die-hard fans.

Both shows have created a gigantic franchise.

"Bachelor Nation" now has not only the two original shows but a ton of spin-offs as well, such as Bachelor in Paradise, Bachelor Pad and The Bachelor Winter Games.  There is absolutely no shortage of Bachelor TV shows to pick from.

Both the selected Bachelor and Bachelorette begin with a pool of prospective love interests. Each week, contestants either accept a rose and stay on the show, or they are eliminated. Ideally, the shows end with a proposal for the "winner" of the show.

The drama! The dates! The backstabbing contestants! Listen, you either love this insane franchise or you don't.

If you're a fan of the show, then you know that each season brings with it new villains and crazy contestants.

There have been a lot of memorable contestants on the shows. Some of the people competing for love are truly next-level - they're wildly controversial and hard to forget. Here are the most controversial Bachelor and Bachelorette contestants of all time.

This guy caused quite a stir during his season of The Bachelor. Between his truly terrible comments about marriage and sexuality, making contestant Clare cry, and his refusal to propose at the end, he seemed to take misstep after misstep. Yikes.

When Rozlyn Papa was asked to leave The Bachelor by host Chris Harrison because of her "inappropriate relationship" with one of the show's producers, the audience was shocked. Did they really have to do this on-camera? You can't help but feel for Papa.

Lee Garrett's racist, homophobic and sexist tweets were uncovered while he competed for the love of Rachel Lindsay. Needless to say, he didn't make it to the end.

This dude rejected all of the women when he was The Bachelor on season 11, becoming the first one to do so.

He may have stolen Becca Kufrin's heart after it was mutilated by Arie Luyendyk Jr (more on that later...) but he was revealed to have liked problematic posts on Instagram. He 'liked' vile posts that mocked trans people, liberal women, and Parkland high school students.

Was Jason Mesnick the original Arie? Yes, I think so. Mesnick quickly became controversial when broke up with winner Melissa Rycroft on live TV.  He explained he was in love with second place contestant, Molly Malaney. Mesnick and Malaney are now married with a daughter.

Bentley Williams was so upset that Ashley Hebert was The Bachelorette instead of Emily Maynard that he turned into a total monster and strung Hebert along just for the fun of it. He said he'd rather "swim in pee" than be in a relationship with Herbert. Thank you, next.

Arie proposed to Becca Kufrin at the end of his season, only to then break her heart and dump her on television in real time. He revealed that he was in love with runner-up Lauren Burnham, who he proposed to on After the Final Rose. Burnham and Luyendyk were married in 2019.

When you write a book called I Didn't Come Here to Make Friends: Confessions of a Reality Show Villain, you are truly next-level. You've got to respect the hustle. Keep reading for even more controversial contestants...

This quote from the temperamental Chad Johnson sums it all up: "I'm gonna cut everyone here's legs off and arms off and there's gonna be torsos and I'm going to throw them in the pool and then I'm gonna fuck up this entire damn thing." Uhhh, no thanks.

Nick Viall appeared as The Bachelor, but he also competed on season 10 of The Bachelorette. During After the Final Rose, Viall asked Andi Dorfman (who rejected him), “If you weren’t in love with me, I’m just not sure why you made love with me." Talk about putting someone on blast. No thanks.

Contestant Olivia Caridi made herself some enemies when she clearly thought she was smarter than every other woman she was competing with. "Everybody here's, like, really into, like, painting their nails and doing each other's hair. That's great, but I'm just different. I like reading books in my room and thinking. I wanna talk smart things," she said.

This contestant brought the drama, which definitely makes her one of the most remembered contestants. You may remember how talking about her "sparkle," or the many times she cried.

Kalon McMahon will forever be remembered as the guy who called Bachelorette Emily Maynard's daughter "baggage." Maynard went off on McMahon, confronting him about his phony apology.

Wes Hayden went on season 5 of The Bachelorette and it came out that he actually had a girlfriend back home. Needless to say, he was sent packing.

Another dude with a girlfriend at home...Not to mention that his nickname was Justin "R Rated" Rego. Yikes.

Chris Soules is on the list, but not for anything that happened during his season of The Bachelor. He was arrested in April 2017 for fleeing the scene of a fatal car accident in Aurora, Iowa. In November 2018, it was reported that Soules pled guilty to a reduced charge.

Kelsey Poe became infamous with fans when she referred to her late husband's death as "amazing." "Isn’t it amazing? Tragic, but amazing. I love my story!" she said in regards to being a widow.

"So cute, so shady" should be Ben Higgins tagline. After all, he said "I love you" to two women on the show. "I didn't know there were rules to this," Higgins defended of his giant faux pas.

Peter Kraus stirred the pot when he refused to propose to Rachel Lindsay, which ultimately led her to reject him during the season. It was shocking to audiences everywhere - everyone thought they were meant to be together. But she wanted that ring, and Kraus just couldn't bring himself to propose.

He was a precious little cutie on season 13 of The Bachelorette, but when he appeared on Bachelor in Paradise, he strung two women along during the season.

The end of Colton Underwood's season of The Bachelor was rife with drama (remember the fence-hop?), especially since he claimed Cassie Randolph was the one for him. He skipped two out of the three fantasy suite dates. Cassie and Colton are together now, so the drama worked out for both of them.

Lincoln Adim is a flat-earther, but that's the least of the problems with this Bachelorette contestant. In June 2018, it was reported that he was convicted of indecent assault and battery.

Leo Dottavio's overall attitude and temper were disconcerting, and then he was accused of sexual harassment by his former co-workers. His non-apology consisted of him saying, "Love to my fans, love to my haters."

This franchise is really something.

It's addicting, over-the-top, and ridiculous. Everything a reality television show should be. Share this with a friend who is obsessed with all things "Bachelor Nation."