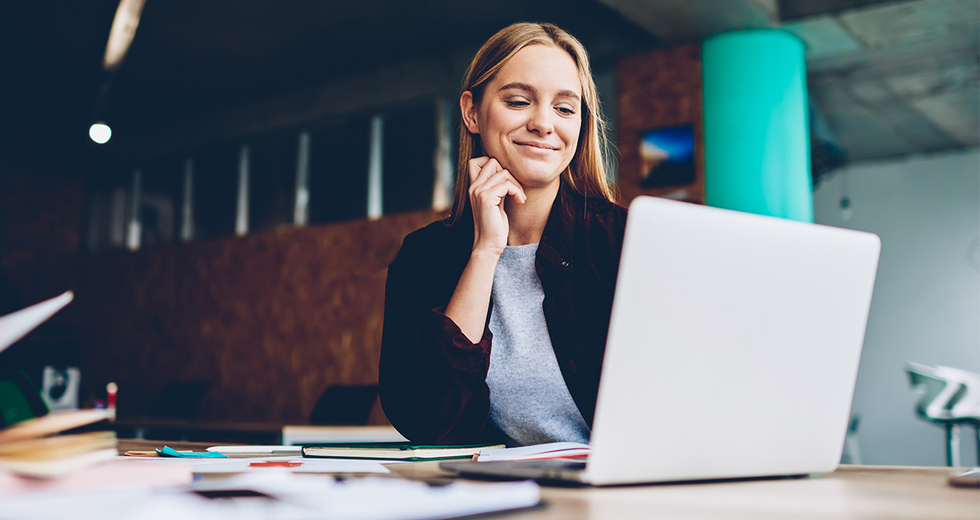 Listen, if you've been on the internet in the year 2019, you know that it can be, to put it bluntly, a rotten place. We're all just doing our best to sift through all the depressing news stories, mean tweets, and upsetting photos. But sometimes, when you're at your wit's end with all the horror, you get a little bit of reprieve — a wholesome image that actually makes your time spent on the internet feel... nice?

That's what these wholesome images will do for you. We've found some of the sweetest, most adorable pictures that will function as eye bleach. When you've used your peepers to look upon enough bad stuff for one lifetime, these pictures will give them such a rinse you might start to wonder if maybe, just maybe, the internet isn't so bad after all?

I mean, it is. The internet is bad. But this gallery here is a lovely little respite of wholesomeness.

It's always adorable to see a dog get excited about a treat, but this dog? This dog starts out stoic about his treat and then loses his mind.

He flies through the air, with the greatest of ease.

There's a lot of trust here — this little sweetheart doggy just leaps into the air, assuming his human friend will catch him.

It's good to have company in tough times.

This veterinarian has a comfort dog assistant that helps sick dog patients know that everything will be all right. - Obito_GF

They say imitation is the sincerest form of flattery, so you've got to imagine this tiny little doggy is doing his damnedest to flatter his human.

He knows what he did.

Coming into frame with a "where's the fooood?!"-sort of energy, this dog sees his past mistakes and hightails it on out of there. He knows when he's messed up.

Glad to come back tomorrow.

It's so nice to see people putting their real lives above their work lives. No one ever said on their death bed, "thank god I went to work instead of seeing the people I love."

Thus was born a beautiful friendship.

Here's the thing about squirrels that I've deduced solely by looking at this — they're good at reading people's energy and can tell when someone's going to be a good hang.

This is so thoughtful.

This blind dog was scared to walk, so his owner made this for him. - Nevuary

Little joey's gotta get in a pocket.

To a joey, being inside a pocket means you're warm and safe and under the protection of someone who cares about you. I'm glad this little guy found a pocket to hop into.

Not all heroes wear pants.

This Disneyland as really gets at why we care so much about stories and pop culture — when we see ourselves represented onscreen, it makes us want to be better.

My, how you've grown!

The best part about this photo is how surprised the cat looks in this second photo. It's almost like he's just realizing his youth has passed him by.

What a patient boy.

This GIF has all the tension of a ballgame tied at the top of the 9th. At any moment they could hit a home run/ devour that hot dog.

Game of Thrones fans will get it.

"Tell Cersei. I want her to know it was me." - GallowBoob

They're registered at Hot Topic.

Remember Kiwi and his goth girlfriend? Well now she's his goth wife and they have four beautiful half-goth babies. - OrangeJuicestice

There's nothing cuter than animals acting like people, and these super cute cats are all tucked into bed, sleeping just like how people sleep.

I get it, dog. Scary movies are hard to watch.

He loves watching scary movies, except for the scary parts. - GallowBoob

He is a gentle protector.

Look, this GIF starts out kind of scary, in that it looks like the much bigger dog is trying to eat the tiny baby kitten. But don't worry, he's actually just trying to help the kitten up the stairs. Sometimes we can only reach our goals (getting to the top of the stairs) by facing our fears (letting a giant dog bite our heads).

Time to relax by the pool.

Look at these two chill bros, a boy and his dog, chillin' in the pool. Summer vacation rules.

I like to think this is what this deer does after a stressful day of work, just to get all his tension out...

All bunnies should feel happy and safe.

That little hop-turn in the middle is called a "binky" and means this bun is very happy and feels safe. - Convince

You could definitely look at this GIF as depicting a dog who needs to snuggle closer to his human for comfort, but I like to think they feel the need to protecting that human. This dog is, in fact, the noblest dog of all.

Let he who doesn't eat bananas like this cast the first stone.

Everything about this cute little guy's face says that he is eating the best banana of his life and is positively blown away by it.

Again, there is nothing cuter than animals behaving like humans, and that goes for pregnant humans as well. I love that this cat still seems interested in her cat babies on-screen even though there is no way she understands the technology!

This is Daisy and Luna. Daisy doesn’t like car rides, so Luna comforts her until they both fall asleep. - Kiplon92

"This spot looks as good as any."

Thank god the teeny tiny dog here is apricot because if they were white, the owners would think they were missing.

Look at these buds.

You wouldn't expect a goose and a dog to be friends, and yet, this dog lent the goose 1400 dollars and the goose paid it back without issue. They are the strongest of pals.

Even horses get the zoomies.

You ever get so excited your legs can't keep you upright? This is how I felt when I got my Nintendo Switch, so I know I do.

This little guy's been trained to run a race with his human! The fact that we don't see the race tells me that the dog won and the human was deeply ashamed.

"What are you doing you little jerk?!"

This little guy is practicing his stealth skills on his mother, and she gives him the universal motherly sign for "oh my god, why aren't you going down for a nap?"

And speaking of naps...

Wouldn't it be nice to curl up into a laundry basket and take a nap with not one but two puppies? It would sure beat the naps I take in laundry baskets, which have no puppies and only occur because I can't afford a bed.