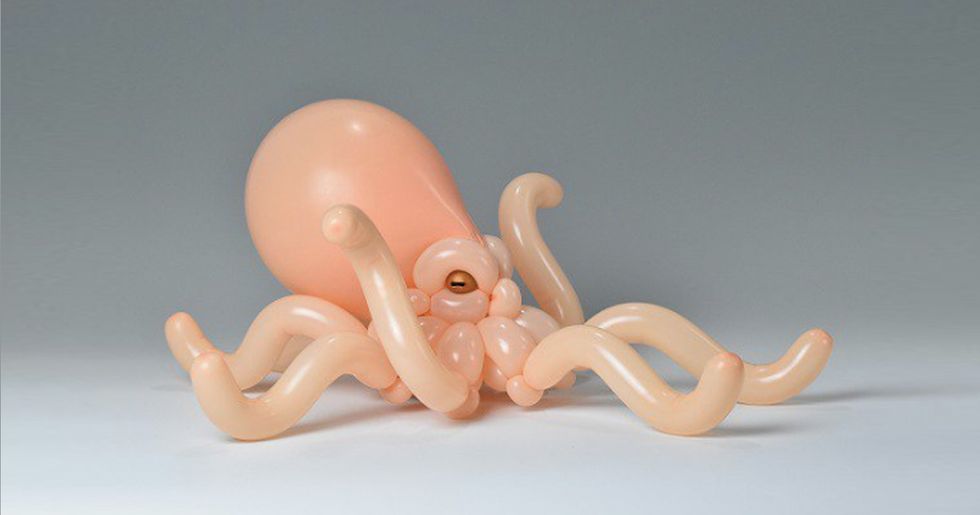 The 19 Most Intricate, Expensive-Looking Balloon Animals You've Ever Seen

Who knew that balloon animals could be high art?

He makes balloon animals of all kinds of species, and they're amazingly detailed and realistic.

These aren't your average birthday party clown balloon animals. Just how he does it, I'm not sure, but it doesn't get any more impressive than this. Take a look!

These are those little guys that roll up in a ball when you touch them! So incredibly detailed.

Have you ever seen a more adorable bee? Yeah, I didn't think so.

This is weirdly realistic and so cool. I kind of want one! I wonder how long these amazing works of art last before they start to deflate!

This is actually cuter than a real bird because it doesn't squawk. It just sits and looks pretty. The next one will make you think differently about bugs.

The way Matsumoto rends bugs out of balloons is incredible. No longer are they weird and gross. They're simply beautiful!

Even weevils, those little pests, are given mythic status in his balloon animals. It's like, actually kind of cute.

That beautiful jewel green makes me want a pillow version of this diving beetle for my living room!

These tiny creatures look like majestic beasts in Matsumoto's balloon animals. They're so awesome.

I had to google blister beetles to see if they're really this bright red color, and it turns out they totally can be! The next one veers away from insects and brings us under the sea.

Yes, this type of anglerfish (otherwise known as that creepy thing from Finding Nemo) is actually called a footballfish, and I can totally see why!

These guys are also known as stink bugs. Recognize him now? He lets off that nasty smell when he's squished.

I'm sure you've seen that picture of this blobfish that looks like a bald, bored man. This balloon animal is one of the most accurate of all of them.

This regal creature sort of looks like a dragonfly, but it's got those praying mantis wings. So cool. The next one is just adorable.

I want to hug this little penguin, but it's made of balloons so it would probably pop!

I'm not sure exactly what kind of bird this is, but it's pretty majestic, and I feel like it deserves my respect. So it's got it.

How now, brown cow? This guy looks mean. Probably because someone put a ring in his nose without permission.

That's an insanely detailed Rafiki-looking mandrill. Honestly, I'd watch an all-balloon-animal version of The Lion King any day.

It's amazing how Matsumoto captured the essence of the barn owl. Share this with someone who needs to be blown away by balloon animals!