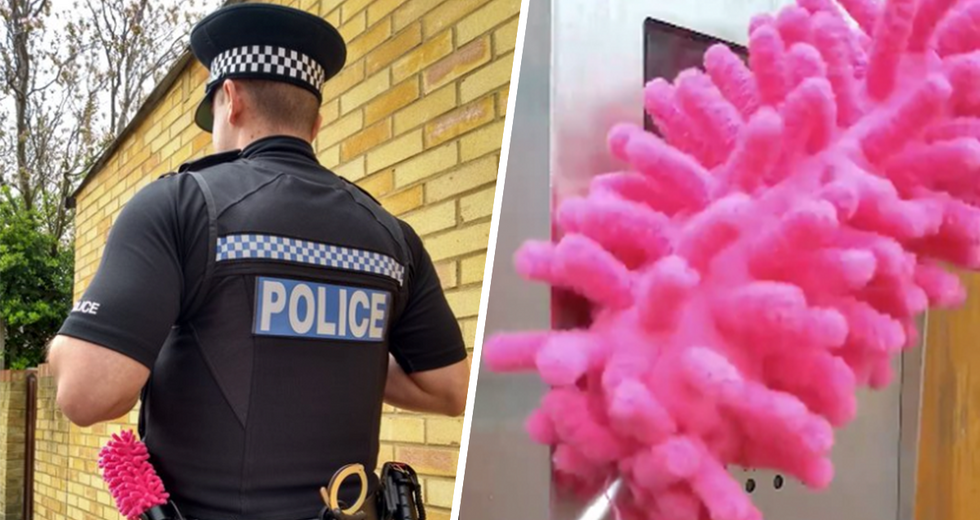 If you thought the news day seemed kind of weird, now you know why! It's April 1st, which means the internet is full of companies trying their best to get you to like them with harmless, but more often than not annoying "pranks."

I don't know about you, but I used to be obsessed with April Fools day until I realized that 1) I'm not funny, and 2) no one likes April Fools. So now I'm just going to show you the good ones so you don't have to suffer through "funny" corporate hot-takes and borderline aggressive fan service. No, we wouldn't do that to you.

We've rounded up the ones that are actually good or funny so you don't have to worry about being too bothered! Because we're cool like that, and secretly, we really really want you to like us too.

So throw on some Rick Astley and enjoy the 15 best April Fools pranks from this year.

Let's start with one we've all been waiting for.

Now we can all brave the comments of YouTube videos without dealing with the "um actually"s and "ur kinda cute"s.

Um, actually you're not allowed to be here.

Please go back to sitting too close to other people on public transportation.

WHY IS THIS FAKE.

This is the only way anyone could get me to watch tennis.

This would be 10x better than the Puppy Bowl.

No offense to the Puppy Bowl, it's just gotten kind of stale lately...

Can we get this from Netflix too?

Seriously, my parents would still walk in during the half-second it takes me to hit "Skip the Sex", and I don't even live at home anymore.

Hide yo kids, hide yo wife.

Or don't with the help of the BBC.

The LA Times pokes some fun at New York.

Because if there's anything Los Angeles hates, it's being in the shadow of New York.

The New York/Los Angeles rivalry can be summed up in one GIF.

Los Angeles does have better food though, come at me New Yorkers.

This should be an actual real feature, and I'm not just saying that because I'm 6'2" and have an obvious advantage.

This joke has layers.

What's the point of verification if you're just going to round up anyway? Tinder, get it together!

Why isn't this real? There are cat cafes all around Los Angeles. I want a puppy cafe more than anything. Please Starbucks gods. What must I do?

WeRateDogs is just as concerned as I am.

Pls Starbucks, I'll even vote for your idiot CEO to become president, I don't care if everyone hates me for it.

Low-key I know this is a joke, but I've seen people suggest grosser combinations. Can anyone say "tuna fish and apple sauce"? Gag.

Let it be true.

Please Brady, go back to not mattering anymore, the entire NFL will thank you.

Honestly, if you say it's not a joke, I'll forgive you.

But only a little bit. Because my hatred runs deep.

If this happens, I'm retiring from life.

James Comey is running for President.

Okay, he's not, but how awful would that be? The man who gave us Trump and then tried to redeem himself by trash-talking him would be... not fun.

But in other news...

This is the kind of thing I could get behind.

As long as they're not the bunnies from Us.

Because those bunnies are living tragic lives.

Having fun talking about the inverted yield curve in the studio with @YourMoneyAus @peterswitzer (and testing out t… https://t.co/rca8a9Vy1C
— Julia Lee (@Julia Lee)1554109813.0

I would love to see people getting around a crowded city on these things. Imagine the chaos.

Police officers in Surrey, UK are getting outfitted with some new tech.

YES. As you may have read over the weekend, we've issued officers with pink dusters as standard issue equipment. B… https://t.co/s5Rihy2iUD
— Surrey Police (@Surrey Police)1554098167.0

And no, that's not a weird sex toy, I promise.

To clean cameras and other things? Yeah I don't think so.

Try again next year, Surrey Police. We'll be here in 2020 lookin' out.

Holier than thou movie theater chain is premiering a new way to watch movies.

Look up and watch the future with us. Introducing VerticalVision, the most astoundingly tall cinematic experience… https://t.co/3hxf8GFiwl
— Alamo Drafthouse (@Alamo Drafthouse)1554123624.0

That is... tragic. Please never make movies like this. All those movies that are shot on iPhones are terrible anyway.

This joke is even funnier considering how "pure" (barf) Alamo Drafthouse likes to keep their cinema experience.

This ad pretty much sums up how they feel about you on your cellphone during the movie.

GIVE THIS TO ME.

Please tell me this isn't a real animal that humans drove to extinction because of our own carelessness. It's not? Oh thank god, I've never been so happy with a fake animal in my life.

And finally, WeRateDogs getting a little confused this year.

Why is that blanket wagging its tail so fast?

Not gonna lie, I want a rug like this.

It looks so playful!

Did you fall for any pranks today?

Hit us up in the comments with the funniest pranks you saw, and maybe we'll add them to the list!