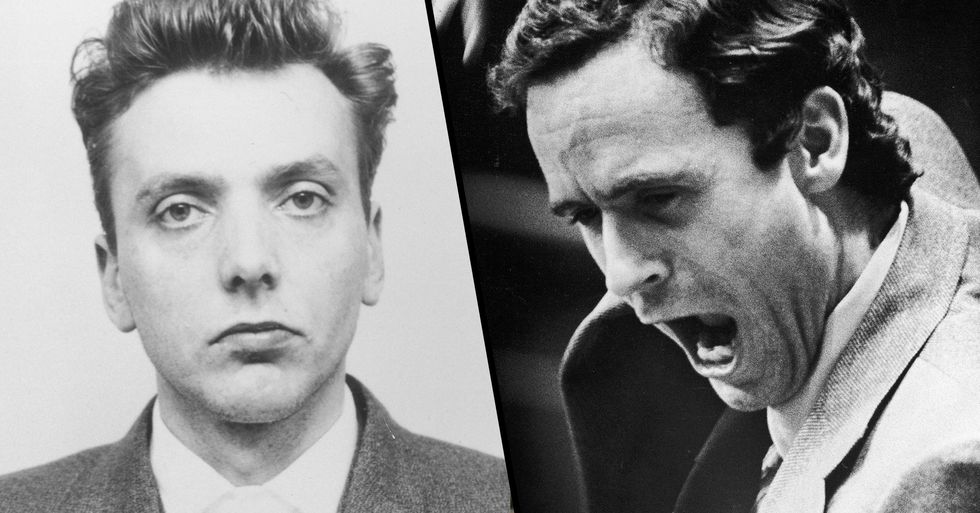 Most Serial Killers Have Taurus as Their Star Sign, Expert Says

The urge to kill has been a subject of intrigue for decades - especially when it comes to serial killers.

Names such as Ted Bundy, Charles Manson, and Jeffrey Dahmer are enough to induce shudders. But it seems there's one thing that many serial killers all have in common that could shed more light on their monstrous crimes...

The urge to kill has been a subject of gross fascination for years.

Serial killers have struck up terror in society for decades, so it's no wonder that many of us are fascinated by what causes them to kill.

The subject of murderers, in particular, serial killers, has become the center of countless true-crime documentaries and films.

The streaming giant's series, Making a Murderer, arguably skyrocketed everyone's fascination with the overarching true crime genre. The story dealt with a man who may or may not have been wrongfully imprisoned for the murder of car photographer Teresa Halbach.

Ted Bundy has been the focus of a more recent Netflix offering.

Bundy is one of the world's most notorious serial killers, who confessed to killing thirty young women from 1974 to 1978. Although, the actual number of victims is unknown.

Many of us are curious about what motivates their cold and calculated crimes.

And these monstrous killers have long been the focus of countless psychological studies.

The sheer conflict between horror and humanity has fascinated many professionals...

Why anyone would want to inflict such horror on another human being is truly a mystery.

There's one huge factor that physiologists have been unpicking for decades...

It's a trait shared amongst most serial killers.

The personality disorder essentially creates reduced connectivity to the emotional system in the brain - meaning that these individuals can exhibit a wide range of behaviors including lack of conscience, inability to follow rules, tendency to lie, and manipulation.

The long-standing debate over what exactly causes psychopathy is still ongoing, with a set cause not yet determined.

But what makes serial killers even more chilling...

Their psychopathic tendencies can allow them to blend well into society - leaving many people unsuspecting.

An investigation into serial murder by the FBI’s Behavioral Analysis Unit in 2005 concluded that: “they are not monsters and may not appear strange. Serial murderers often have families and homes, are gainfully employed, and appear to be normal members of the community." Their "humanness" is one of the aspects that makes them so compelling.

It's also one of the reasons why the police rarely catch them early...

And why they can go on killing, undetected, for years - sometimes even decades.

Some of the most notorious serial killers of all time were diagnosed as psychopaths.

Including Ted Bundy, Jack The Ripper, and Jeffrey Dahmer.

In fact, these Ted Bundy quotes truly sum up the mains traits of psychopathy...

But now it seems there are some new findings...

Little work has been done on the link between serial killers and their star signs - and understandably so. After all, many people don't believe astrology is real in the first place.

However, British author, David Jester, has spent 2 years researching into exactly this.

And his findings are pretty shocking.

Jester spent time looking into the zodiac signs of some of the world's most prolific serial killers.

And he found that most of the killers he examined were Taureans (born between April 20 and May 20,) over any other sign.

This is bad news for Taureans...

Robert Black, who infamously became known as the "child snatcher," is just one example of a Taurean serial killer.

He also discovered that the most common serial killer birthdays were April 24 and February 18. But don't worry, there were plenty of prolific serial killers with a range of different star signs. To read more about the life and crimes of the world's most deranged serial killer, Ted Bundy, keeps scrolling.