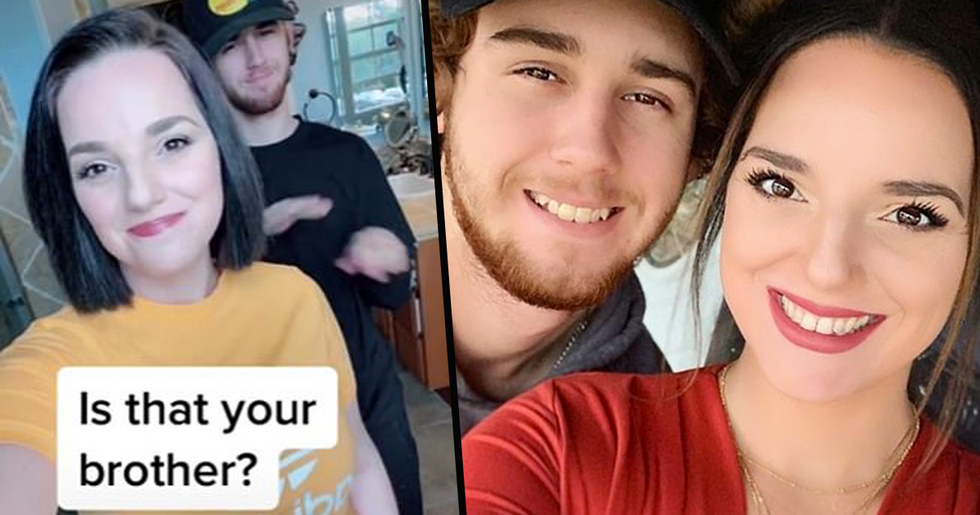 Being a woman is difficult, you are faced with so many challenges and obstacles to overcome, just for being born a girl.

Now it's fair to say aging is a taboo subject for many women, as there's a lot of societal pressure surrounding it as if there's an expiry date on beauty...

However, there are outliers that by some miracle don't seem to succumb to the aging process, and that's precisely what one young mother was blessed with. Now she's revealed the shocking comments she receives on a daily basis...

Well, one woman appears to have cracked the code, she has gone viral after revealing something beyond belief...

She is usually mistaken for her son's younger sister, with many assuming the mom is half her actual age!

This is Dayna Qazi, from Southern California...

Embarrassingly, the mom is often asked if she is the girlfriend of her seventeen-year-old son Julian.

She has a close relationship with Julian.

And the pair are "best friends" according to the young mom.

This all started with the 'Yes-No' TikTok challenge, which seems to be what starts everything off nowadays...

If you're somehow not familiar with the challenge, users have to answer their most commonly asked questions.

And then film it for the world to see.

And the world definitely did see...

In fact, the video racked up more than thirteen million views online!

And this was no exception...

The video resulted in waves of comments from people that just couldn't accept the age gap between the duo.

The comments kept rolling in...

One wrote: "Were you, like, five, lol. You look younger than him, wow!" while a second user stated: "Your mom looks younger than you."

Some comments must have been a little embarrassing for Dayna...

A third commented: "I thought you were gonna say he was your bf, you look the same age." Followed by a fourth: "I thought that was the girlfriend."

Most of the TikToks were supportive of the young mom...

"You look great... I definitely would think you was brother and sister... bless you sweetheart." While some thought the video was crazy, a fellow teen mom commented: "Teen mom too no regrets she's amazing."

Some users mentioned that Dayna must "scare all the girls away."

But everyone was in awe of the pair's close relationship.

Dayna has revealed part of her secret to looking so young...

Whatever she's done, it looks amazing, although it's sad to think she felt like she had to do it. Scroll down for the video...

The thirty-four-year-old doesn't look a day over sixteen!

Keep scrolling for one of the weirdest mother-daughter relationships out there. I could never do this with my mom...