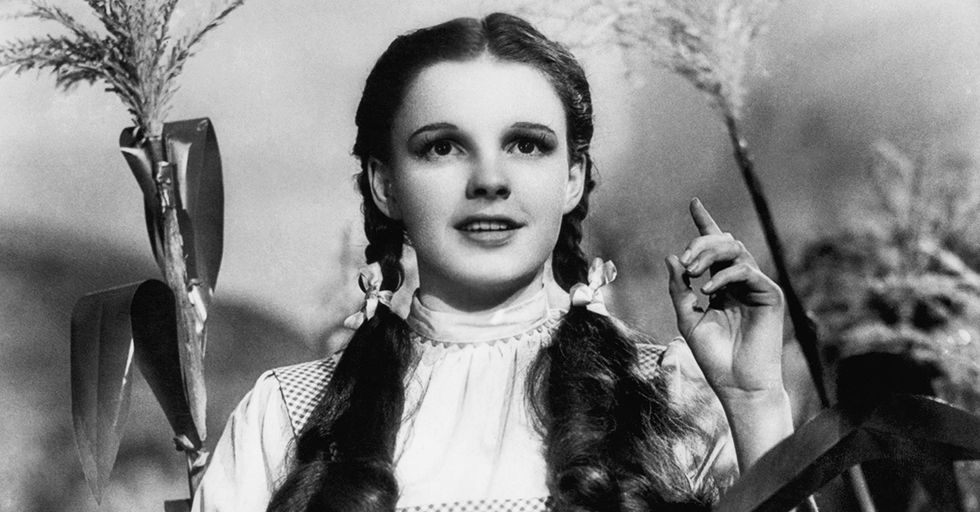 Well, it's official. Everything you know is a lie.

OK, maybe not everything, but you've most likely been misquoting some of your favorite movies for a very long time.

Here are some of the most misquotes movies of all time. How many are you guilty of?

The Empire Strikes Back

Come on, you knew this one was going to be on the list, right? That's why we're starting with it. This line occurs when Darth Vader reveals his true connection to Luke Skywalker (spoilers for a 38-year-old movie incoming!). What You've Been Saying: "Luke, I am your father!"
What the Line Actually Is: "No. I am your father." Don't believe me? Here's proof. Now that I've proven myself trustworthy, let's take a look at this next one.

OK, take a deep breath. This one is going to hit you hard. When Kevin Costner is walking through that cornfield, he hears a voice start to whisper to him. And what does that voice say? What You've Been Saying: "If you build it, they will come."
Except...that's not what the voice says. What the Line Actually Is: "If you build it, he will come." Yep. It says "he," not "they." I know you're probably thinking I've gone off the deep end with this one, so once again, here's video proof.

Silence of the Lambs

What You've Been Saying: "Hello, Clarice." A lot of people seem to have the idea that Hannibal Lecter says, "Hello, Clarice" upon first meeting Jodie Foster's character in the film. What the Line Actually Is: "Good morning." Yep. That's right. He just says "Good morning." In fact, at this point in the movie, he hasn't officially even met Clarice, so it'd be extra bonkers if he already knew her name. And if you're thinking the line "Hello, Clarice" makes an appearance later in the film, like in the phone call at the end of the movie? It doesn't.

This one's important because you have absolutely, 100 percent said this line every single time you've been on a boat since 1997. What You've Been Saying: "I'm king of the world!"
What the Line Actually Is: "I'm the king of the world!" Don't forget the "the"! It's a tiny distinction, to be sure, but you wanna be accurate, right? (Yes, I am a lot of fun at parties. Thanks for asking.)

If you've seen Casablanca, you know that the song "As Time Goes By" plays a huge role. Both Humphrey Bogart's character and Ingrid Bergman's request that Sam (the house pianist) play it for them. But how do they make this request? What You've Been Saying: "Play it again, Sam."
What the Line Actually Is: "Play it once, Sam. For old time's sake." (Ingrid Bergman) or "Play it!" (Humphrey Bogart). The word "again" doesn't make an appearance. Neither does the word "please," I couldn't help but notice. Rude.

What You've Been Saying: "Do ya feel lucky, punk?" What the Line Actually Is: "I know what you’re thinking, 'Did he fire six shots or only five?' Well, to tell you the truth, in all this excitement, I’ve kinda lost track myself. But being as this is a .44 Magnum, the most powerful handgun in the world and would blow your head clean off, you’ve got to ask yourself one question: 'Do I feel lucky?' Well, do ya punk?"

The Treasure of the Sierra Madre

Here's the clip. (This is something to keep handy for times that people insist you're misquoting things. Unless you're using the rest of the quotes in this article incorrectly. I can't help you there.)

The Wizard of Oz

This one applies not only to the Star Trek films but also to the T.V. show: What You've Been Saying: "Beam me up, Scotty!"
What the Line Actually Is: Pretty much everything except "Beam me up, Scotty." That phrase was never actually spoken in an episode of Star Trek: The Original Series. In one film, there's the line "Scotty, beam me up." In the animated series, they say "Beam us up, Scotty." But never "Beam me up, Scotty."
And while we're talking about popular phrases that are mistakenly attributed to a character, this might be a good time to let you know that Sherlock Holmes never said "Elementary, my dear Watson" in any of the stories or novels by Sir Arthur Conan Doyle. All right. I'm done ruining all your fun now.