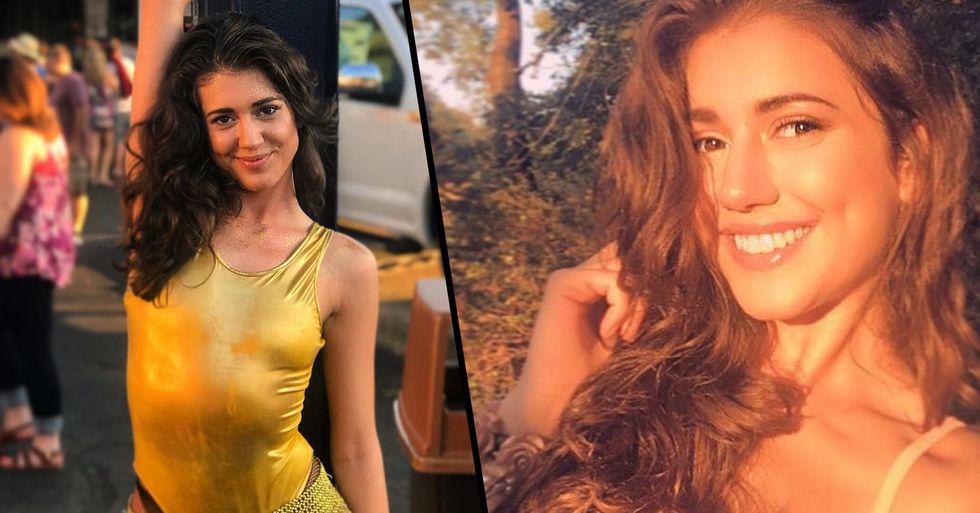 MTV's 'Are You the One?' Contestant Alexis Eddy Dies Aged 23

One of the standout stars from MTV's messy dating show Are You The One has been found dead in her home. Alexis Eddy, who stole the show during her appearance on season 6 has been found dead. She's openly discussed her struggle with addiction on social media, although it is currently not known whether foul play was involved.

MTVC's Are You The One is a reality TV sensation.

It brings together a whole bunch of singles who self-confessedly "suck at relationships," and tasks them with finding their "perfect match" - with a million-dollar cash incentive.

And for many, season six was a total standout.

It may well have been the show's messiest season - and undoubtedly had one of the best casts.

And there was one total fan favorite.

Alexis Eddy absolutely stole the show during her appearance, thanks to her outgoing personality, lack of filter, and total passion for partying.

She was beloved by her fellow cast members, too.

Eddy also had a fascinating backstory. Her cousin, Sheila, was convicted of murdering her best friend back in 2012.

And, in spite of her fun-loving persona ...

It's clear there was a lot of darkness in Eddy's life.

But she was open about her struggles online.

And late last year, shared this heartwarming post about herself and her father's recovery.

She also shared pictures of her at rehab facilities.

Leading many to believe she had truly turned her life around, following her hard-partying MTV days.

She was justifiably proud of herself.

MAN Getting sober & being able to see & work on correcting my character defects is the absolute best thing that c… https://t.co/ShKvB4P6At
— Alexis Eddy (@Alexis Eddy)1566956448.0

And it seemed as though the future was bright for the charming reality star.

In October of last year, she announced she was engaged to boyfriend, Nate Lee. “Went to play in the woods…Walked out engaged. Love you," she captioned the cute photo.

Although in recent months, it seemed as though she was single again.

Eddy had taken to Twitter to criticize the current dating scene.

She even talked about finding love again.

Although it seemed as though the search wasn't exactly going successfully ...

West Virginia’s Mannington Police Department has confirmed that the reality star was found dead at twenty-three-years-old.

Police received a call at 7am ET.

When they arrived, they found a female who had suffered cardiac arrest.

Eddy was pronounced dead on the scene.

But as of yet, no cause of death has been made public - meaning we don't know if there was foul play involved.

The loss of such a young life - and such a well-liked and vibrant character - is absolutely horrific.

Tributes have poured out for the late star.

The official Are You The One account was one of the first to break the news.

Season 6 will never be complete with out you babygirl😔😭 RIP Angel @lexoquence . Prayers out to everyone that got to… https://t.co/jSzZsyHyAG
— Diandra (@Diandra)1578600717.0

He simply shared a broken heart on his Instagram story.

One of her best friends was Ethan Cohen from AYTO 6.

Literally talked to Alexis yesterday about how much better her life is sober. Just don't even know how to feel righ… https://t.co/BowGC6uzTR
— Emoney (@Emoney)1578598569.0

He spoke out about her continued sobriety, and seemed in total disbelief about her death.

You will be truly missed.