6 Murderers Who Confessed to Their Crimes on Facebook | 22 Words 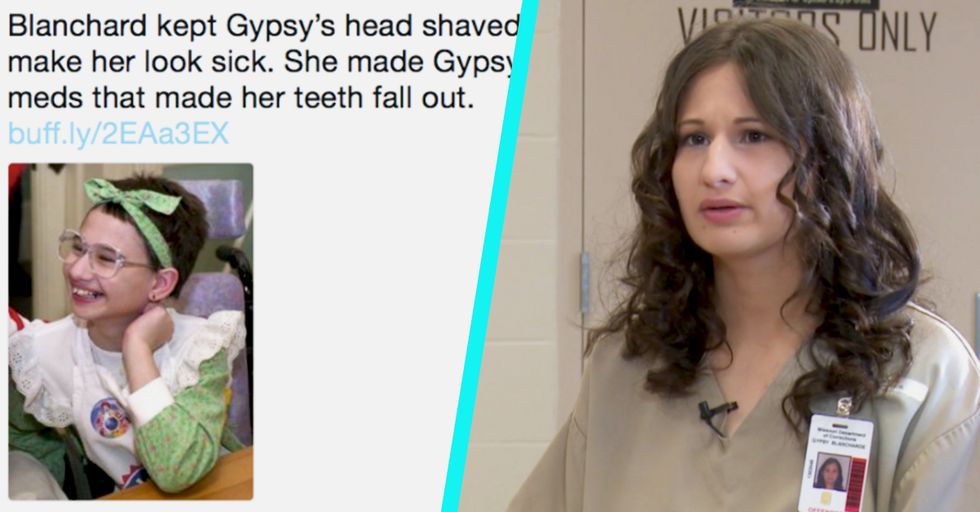 Murder is an awful, gut-wrenching thing. Most murderers hide their crimes, and try to cover up what they've done. Others are distraught and confess their actions. Then there are the outliers – the ones who gloat about it, or put details and pictures, on social media.

Here are six of the most horrifying ones.

Miami, Florida has seen its share of infamous murderers. The one that shocked everyone, however, was that of 26-year-old Jennifer Alfonso, who was killed by her husband, then 31-year-old Derek Medina – the man who later became known as the "Facebook Killer."
Alfonso and Medina had always had a volatile relationship. The pair met when Alfonso was a waitress at Denny's in South Miami, and they married a month after, then divorced and married again.
They also had several knock-down, drag-out fights, and friends remember that they were always going at each other... when they weren't going on ghost tours across the states.
The morning of August 8, 2013, the pair had another fight – this one because Medina didn't wake Alfonso up.
"She started throwing things at him, just sort of like a typical type of fight that they would have," David Ovalle, a crime and courts reporter with the Miami Herald said.
But this time, Medina walked up to his room and grabbed a gun. When she saw it, Alfonso attacked with a knife, but Medina quickly disarmed her, then shot her in the head.
After he killed her, he took pictures of her corpse and uploaded it to Facebook. Then he locked her 10-year-old daughter in the house with her and walked out. The whole thing was caught on the couple's home security system.
Medina then went to a nearby police station and confessed to the murder. "I had an argument with my wife and she was hitting me.  She always hits me all the time. I got tired of her hitting me so I shot her," he said. When officers tried to get dispatchers to send fire rescue to the couple’s house, Medina then said – "oh she’s dead. I know she’s dead because I emptied my 380 in her. Five shots." Derek Medina was sentenced to life, and must serve 25 years before he's eligible for parole.

The best little girl two parents could ever hope for... [she] excelled at so many things but slowly had to stop almost everything because of the migraines... I don't think anyone really knew how much pain Emily was in on a daily basis and the severe depression that these migraines caused her. Emily had tried everything to get better but nothing seemed to help her. I took a gun and shot her in the head and now she is migraine free and floating in the clouds on a sunny afternoon.'

He says he shot his wife Laurel because "a mother should never have [to] hear the news her baby has died," and that he killed his sister Shelly a couple of days later "because I did not want her to have to live with this shame I have caused all alone. Now my family is pain free (sic) and in heaven."

When horrified friends read the post, they called police to Janzen's house, where a man matching his description was seen inside. When police tried to enter, however, the entire house became engulfed in flames. They could only enter three days later.
Inside the house, they found the corpses of the Janzen family. Janzen's corpse was found in a bed with "the charred remains of a long-barrel gun resting between the legs," the coroner's report read.

Gypsy Rose Blanchard on Munchausen-by-Proxy Mom She Murdered: 'She Physically Chained Me to the Bed'… https://t.co/TTF5htaQTM
— MSN Canada (@MSN Canada)1515682937.0

On June 14, 2015, Dee Dee Blanchard, 48, was found stabbed to death in her Springfield, Missouri home by police. They'd arrived after a series of troubling Facebook posts, one of which read, "the B*tch is dead."
Blanchard and her daughter Gypsy Rose, then 25, were local celebrities. Blanchard not only claimed that she and Gypsy Rose had survived Hurricane Katrina – a claim which got them a house built by Habitat for Humanity, and several trips to Disney World by nonprofit foundations, she'd also said that wheelchair-bound Gypsy Rose had leukemia and muscular dystrophy.
It was all a lie. Instead, Blanchard suffered from Munchausen by proxy, defined as a rare mental health problem "in which a caregiver makes up or causes an illness or injury in a person under his or her care, such as a child, an elderly adult, or a person who has a disability. Because vulnerable people are the victims, MSBP is a form of child abuse or elder abuse."

Police noticed that Gypsy was missing after the murder, and when they found her, it was in Wisconsin with her boyfriend, Nicholas Godejohn, then 26.
Godejohn later claimed that Gypsy masterminded the murder after Blanchard ordered her to stay away from him.
Both Gypsy and Godejohn originally pled not guilty to first-degree murder, but after their plot unraveled, Gypsy was sentenced to 10 years in Missouri's Chillicothe Correctional Center. Godejohn's trial is set for for November 2018.
The pair's crime became the subject of a HBO documentary film  Mommy Dead and Dearest. Of her crime, Gypsy had this to say "It was not because I hated her. It was because I wanted to escape her."

In October of 2010, the body of Rebecca Aylward, 15, was found bludgeoned to death in Maesteg, a small town in Wales. Her ex-boyfriend, Josh Davies, posted a very strange Facebook status, "I enjoyed a rather good day and a lovely breakfast."
Later, it would emerge that Davies had lured Aylward out to the woods where he'd bludgeoned her head with a rock.
He would later tell a friend he invited to view the crime scene,

Do you know how hard it is to break someone’s neck? She was facing away from me and I thought, 'This is it, I’m going to go for it'. I tried to break her neck. She was screaming so I picked up the rock and started to hit her with it. The worst part was feeling and seeing her skull give way.

Davies and Ayleward first began dating in 2008, and they were together for two years until he left her for another girl. He would later tell friends he sometimes hated her, and began making elaborate plans to kill her.
He even bet his friend he would do so. "What would you do if I actually did kill her?" he asked. "Oh, I would buy you breakfast," the friend said.
Two days before the murder, Davies texted that same friend. "Don’t say anything but you may just owe me a breakfast."
His friend, still thinking he was joking replied,  "Best text I have ever had mate. Seriously, if it is true I am happy to pay for a breakfast. I want all the details. You sadistic bastard."

After the killing, Davies invited his friends to view the body. One of them told his parents that night, and Davies was arrested. He soon was dubbed as the "Breakfast Killer," and was sentenced to 14 years in jail.

In May of 2014, Mark Alvin Manliclic, 31, stabbed his seven-year-old daughter Angel Mark Cathlene Manliclic to death in their home in the Philippines, then posted a picture of her bloodied corpse as his Facebook picture.
Manliclic, who was unemployed, was apparently mad at his wife Cathy, who had gone to work in Canada three months earlier, and had stopped replying to his Facebook messages.
Cathy had planned to use the job as a pretense to run away from Manliclic, who was abusive. When they had an argument over her refusal to return, Manliclic threatened her daughter's life.
Manliclic, who was under the influence of alcohol at the time of the murder, told police, "I only saw blood all over her neck, I could not remember what I did. I then ran outside to tell my relatives what happened."
Manliclic also apparently uploaded a video of his crime to Facebook, according to his Facebook friends, but both the picture and video, if it existed, were taken down.

On Jan. 31, 2012, Billy Payne and Billie Jean Hayworth of Mountain City, Tennessee, were found dead from single gunshots to the head, their seven-month old son still alive in Hayworth's arms.
Payne and Hayworth's friend Jenelle Potter soon came under suspicion for the murder. What emerged afterwards was one of the strangest, most frightening examples of how social media can go horribly wrong.
Potter had grown up an over-protected and sickly child. She had Type 1 diabetes and could not live without the help of her parents, Barbara and Marvin Potter – a Hewlitt-Packard employee and a former marine, respectively.
She was also, apparently in love with Payne, although he'd fallen in love with Hayworth and moved in with her.
When Jenelle began receiving threatening Facebook messages, her parents became concerned, especially when a CIA agent named "Chris" began contacting them, telling them that they needed to protect Jenelle.
Authorities believe "Chris" was a social media alter-ego Jenelle created to catfish her parents – particularly her father, Marvin, into killing Payne and Hayworth, who Jenelle hated for moving in together and having a baby.
Jenelle was found guilty of first degree-murder and sentenced to two concurrent life sentences. She still maintains her innocence.