30 Musicians Who Decided to Star in Movies | 22 Words 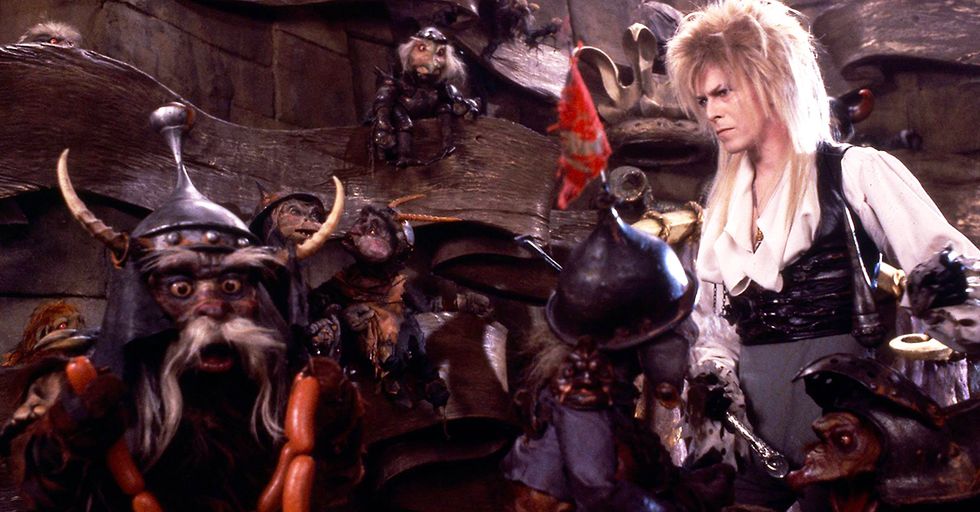 30 Musicians Who Decided to Star in Movies

Multi-talented musicians who branch out into other pursuits are more common than you'd think! Whether we're talking musicians who briefly paused their career for a film role or those who completely dropped music for full-time acting, the two industries tend to coincide.

So check out these 30 musicians, who have also turned into movie stars!

Cher, the Goddess of Pop, won an Oscar for Best Supporting Actress in Moonstruck!

Gwen Stefani appeared as Jean Harlow in this biographical drama from Martin Scorsese—and the film was nominated for eleven Academy Awards.

This film was based on The Who’s 1969 rock opera album Tommy. Its cast included not only the band themselves, but Eric Clapton, Tina Turner, and Elton John as well!

The film adaptation of Dreamgirls stars Queen Bey herself! It also scored a Golden Globe for Best Picture in the Comedy or Musical category.

This wild cult classic musical fantasy starred David Bowie as Jareth, the Goblin King.  From icons of pop to some of our most beloved rock bands, see which other musicians have gone to the big screen on the next page!

Whitney Houston and Kevin Costner were the star power for this 1992 romantic thriller.

Mariah Carey starred as social worker Ms. Weiss in Precious, which also got nominated for a bunch of Academy Awards the year it released!

Keith Richards - Pirates of the Caribbean: At World’s End (2007)

Keith Richards stepped into Pirates of the Caribbean midway through the series, during the third installment. He played Jack Sparrow’s father, Edward Teague.

The Ramones were featured in this film as actors as well as musicians—even if they were playing themselves.

Madonna stole the spotlight as Eva in the film, which went on to get a handful of awards and nominations at the Academy Awards and Golden Globes that year. One musician hung up their mic and went full-time actor after their film debut. Find out who on the next page!

When you think of Mr. Wahlberg, you probably think ‘actor’ first—but his career began in 1990 with Marky Mark and the Funky Bunch. The Departed is far from Wahlberg’s only movie, but it did win Best Picture at the 79th Academy Awards!

Dancer in the Dark took the Palme d’Or when it premiered at Cannes Film Festival, featuring Icelandic musician Björk in the leading role.

Eminem was the lead actor in a movie loosely based on his own upbringing, and 8-Mile was a critical success.

In this hit comedy, Dolly Parton teams up with Jane Fonda and Lily Tomlin to overthrow a sexist, egotistical, lying, hypocritical bigot (their boss).

Jennifer Lopez stars opposite George Clooney in this crime comedy where both Lopez and Clooney were praised for their performances. Which other iconic musicians make appearances in our favorite movies? Keep reading to find out!

If you went and saw The Hunger Games during its craze, you’ve seen Lenny Kravitz playing Katniss Everdeen’s kind and creative stylist for the Games, Cinna.

Rapper Snoop Dogg has a role in this crime thriller, which eventually spawned a television series in 2017.

Justin Timberlake plays Napster co-founder Sean Parker in The Social Network—which, if you haven’t seen it, is a biographical drama concerning Mark Zuckerberg and the creation of Facebook.

Rolling Stones frontman Mick Jagger made his acting debut in Performance. The crime drama featured Jagger as Turner, an eccentric former rock star (which isn’t a huge acting stretch).  One pair of musician-actors belong in the same family—read about it on the next page!

Michael Jackson was the Scarecrow in this urban re-imagining of L. Frank Baum’s 1900 children’s book.

She’s been in a whole bunch of great films (Set it Off, Chicago, and Joyful Noise, among many others), but the critically acclaimed Girls Trip is Queen Latifah’s most recent venture in acting.

Not only was Janet Jackson’s original song “Again" nominated for an academy award, but Janet Jackson plays one of the movie’s two main characters.

This British biopic and cult classic follows the life of Sid Vicious, the bassist of the Sex Pistols. Courtney Love is featured in the movie as Gretchen.  From Broadway to action-sci-fi thrillers, keep reading to see which musicians were part of which movies!

Singer Mandy Moore plays the tragic female lead in this movie, based on a Nicholas Sparks novel of the same name.

American Idol alum Jennifer Hudson took the stage with Beyoncé in the film adaptation of Dreamgirls.

Barbra Streisand (and her incredible singing voice) won the Academy Award for Best Actress for her performance in Funny Girl!

How could we make this list without mentioning Will Smith? Independence Day is far from his only project, but it was a huge hit when it hit theaters in 1996! Like this story? Share with fans of these artists—who can appreciate their work, whether it’s music or film!