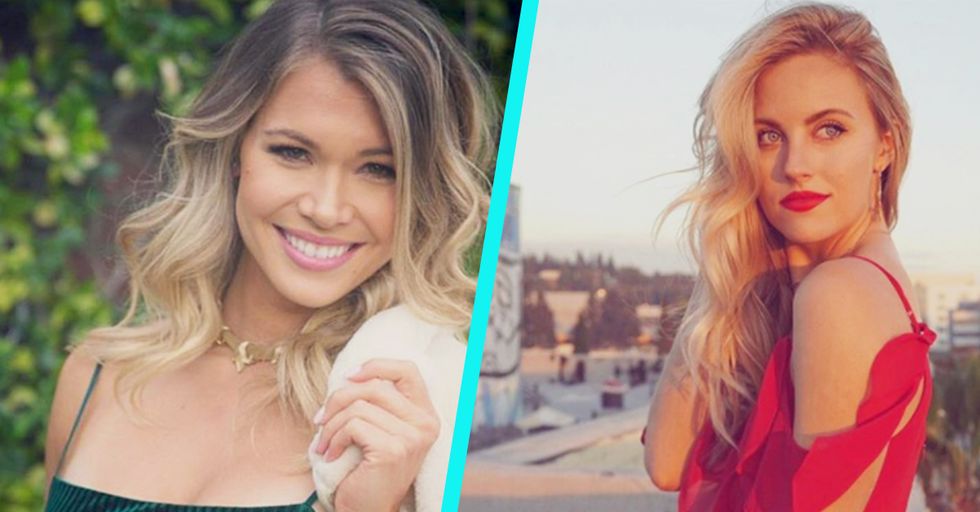 My Theory on Why Nice Girls Can Actually Win 'The Bachelor'

It's been a long march of crazy criers and whispering witches on The Bachelor this past month, but Paris finally showed some love to the normies. Arie proved that he doesn't have his head lodged entirely up his own bum when he unceremoniously axed Krystal and showed some love to the shy, sweet, and smart trio of Lauren, Kendall, and Jacqueline.

Here's how the nice girls started winning the game this week. At last.

Kendall wants Krystal to be nice.

In fact, the theme of this week's Bachelor was all about naughty versus nice, with naughty holding the lead up until now. And by naughty, I actually mean psycho. And by psycho, of course I mean Krystal.

Love was in the air in Paris.

But like the upside down version of their stateside romances, some of the early frontrunners found themselves benched when Arie chose his one on one and two on one dates.

To everyone's surprise, Lauren got the one on one date.

But to no one's surprise, the date went terribly. This was mostly due to Arie demanding that Lauren "open up" while he asked her zero questions about herself, instead focusing on random statues and their "cool! amazing! awesome!" Parisian thingamabobs. To Lauren's credit, she refrained from actually puking on the date. And she made eye contact at least one time during that close-talker situation on the bench. Huzzah to her!

Lauren even held eye contact later on at dinner when Arie confessed he had gotten an ex girlfriend PREGNANT.

Arie's revelation that his ex had become pregnant, lost the child, then immediately left him afterwards seemed like an out of the blue confession. But its intention was more likely to prod/scare Lauren into sharing some deep secret of her own. So she did. Guys, here's what the secret was: She's scared of relationships because she was been engaged before. Cue the horror movie music! Okay, maybe just cue the same shitty Muzak that's been playing during this entire date. Because I need to get to bed early and this is helping...

A little life was injected into the episode when Arie took his group date to the Moulin Rouge.

Highlights included: Tia busting into the Robot when she forgot the choreography, an enormous red diaper on Becca's head, and Bekah wearing a bedazzled thong. Based on these factors, guess who got the rose? Bekah! (Missing persons are people too!) Arie dressed up in a blue cape and scared the bejeezus out of all of us as he lip synched to a pre-recorded speech about love. Somebody hold me.

Cut to the two on one date, where the epic battle of good and evil would take place.

Krystal was ready for battle, practically cackling like Maleficent in Kendall's face while reading the date card. She was born for this royal competition, you unwashed hordes! Krystal also thinks she's "wife material," and by that she means, "future Dateline material" on wives who murder.

Because she had already blown her chances with Arie in Ft. Lauderdale, Krystal focused on taking down her enemy.

After telling Arie that Kendall just "wasn't ready for love," Krystal slinked back to join her nemesis, asking Kendall directly, "Why are you here?" In some kind of reverse psychology or secret taxidermy voodoo move, Kendall used this opportunity to tell Krystal she had "deep empathy" for her because she is a person who struggles. With literally everyone on the planet. Instead of punching Kendall in the throat, Krystal just croaked, "I have no words" while she sipped her wine and realized the masterful move being played on her.

In the end, Arie dumped Krystal, proving that sometimes good girls do win!

As they saw Krystal's luggage being wheeled out of the hotel, the group rejoiced. On their date, Arie and Kendall clinked glasses and breathed a long overdue sigh of relief. The entire internet melted down in one long thankyoubabyjesus! tweet. It was finished. The only thing left to do was send Arie off on his one on one date with Jacqueline. (And fit Krystal for a straight jacket that matches her yoga pants.)

Jacqueline is too smart for Arie, but he'd like her intelligence to rub off on him. So she stays.

Jacqueline (much like Lauren) finally showed up for the first time this week as a three-dimensional person, complete with plans of earning a 6-year degree in a PhD program. Arie practically wet himself when she talked about pursuing a formal education that goes about 13 years beyond his, but he gave her the rose anyway. Because, gosh darn it! She's nice.

It's nearly-mute Lauren who changed the game for everyone though.

Despite her late entry into the competition, Arie's chemistry with Lauren is undeniable. He likes the thrill of the chase, and this girl is gonna make him work for it. Arie's finally moving past the 22-year old nannies and Krazy Koach Krystals, ready to lock down a girl he can actually take back to Scottsdale. You know - one who probably likes cardigans and warm milk? Yeah, that's definitely Lauren. Watch out: She's in the game now. We're not in Ft. Lauderdale anymore. Also sent home this week: Chelsea and Jenna. Next week: Tuscany!