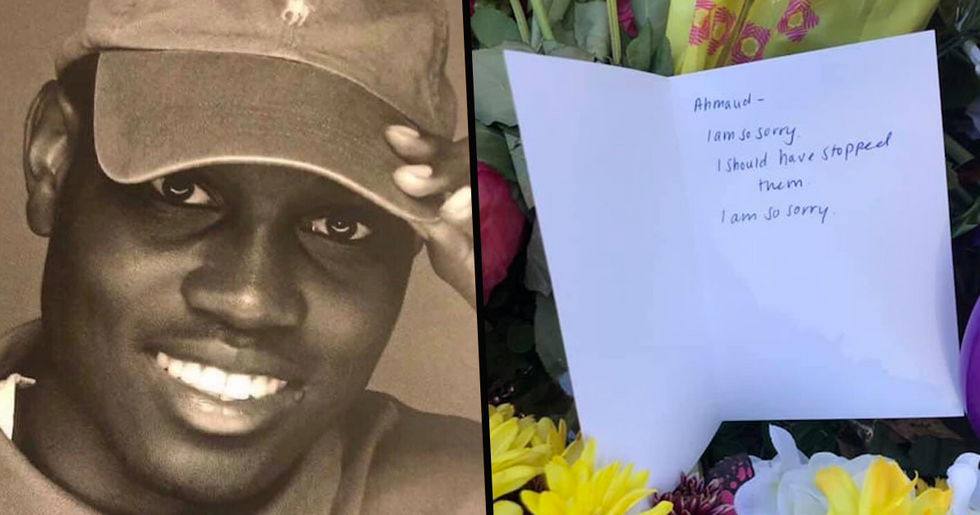 After video footage of the shooting of Ahmaud Arbery surfaced online, people across the globe demanded justice.

Now, a strange note has been found at the site of the shooting and it is being treated as evidence in the case...

But one celebrity caused outrage with their post about Arbery's killing.

Justin Timberlake has been slammed for his post about Arbery.

After seeing his post, actress Amanda Seales posted a video to her Instagram to call out the star.

"Saying I don't see color, over and over and over again/It's the bitter smell of strange fruit in the air, yeah yeah yeah," referring to the song "Strange Fruit." "Scroll through and tell me what you see/Ha! A whole lot of racists, a whole lot of privilege. Talk to 'em. let 'em know, 'You all on some bulls-t out here'/'You buy my album but you not even realizing I'm doing Black music and I'm saying Black things.'"

Many fans were backing Amanda's corner...

And they felt it was inappropriate of Justin to disable to comments on this particular post.

Fans have begun to slowly turn against Justin...

And many even been expressing how they now "hate" the singer.

People didn't feel it was appropriate for Justin, as a white man, to turn off his comments.

But some have been left torn over the situation.

I don’t know if I find Justin Timberlake turning the comments off on his Ahmaud Arbery post to be respectful or a cop out. I’m torn.
— Shalissa’s Tale (@Shalissa’s Tale)1589135042.0

Some fans can't decide whether Justin's decision to turn off the comments was out of respect or was just a "cop-out."

And many have quickly jumped to Justin's defense...

Saying that he more than likely turned off the comments to prevent insensitive and offensive comments - which, let's face it, is what would have happened.

People shouldn't be focusing on a celebrity's Instagram, and they should instead be focusing on the only important thing here - and that is getting justice for Ahmaud Arbery.

Nearly a week after the arrests were made...

Arbery's mother has spoken out about her son's murder.

In Georgia law the death penalty can be sought if "the capital offense was outrageously or wantonly vile, horrible, or inhuman in that it involved torture, depravity of mind or an aggravated battery to the victim."

Wanda revealed she has spoken to the newly appointed prosecutor, Joyette Holmes.

But, she wasn't allowed to say anything more.

Today, more details have surfaced from the shooting site itself.

A strange note has been left at the exact spot where Arbery was killed.

A card was placed at the makeshift memorial for Arbery on the same street he was shot dead.

And it seems to imply there was a witness to the crime.

Local news station, News4JAX, captured the photo of the card.

And it is now being treated as evidence in the case.

Arbery's family attorney, Lee Merritt, told TMZ that a picture of the note will be sent immediately to GBI agents along with investigators working for District Attorney Joyette Holmes.

Merritt says the note is a "critical piece of evidence" and says it's now part of Ahmaud's legal team's case file.

Investigators are currently working on getting more info about the note.

No name was signed at the bottom and no other context was provided in the note.

Here's the note in question:

"Ahmaud, I am so sorry. I should have stopped them. I am so sorry," it reads. Make sure to stay posted for further updates.