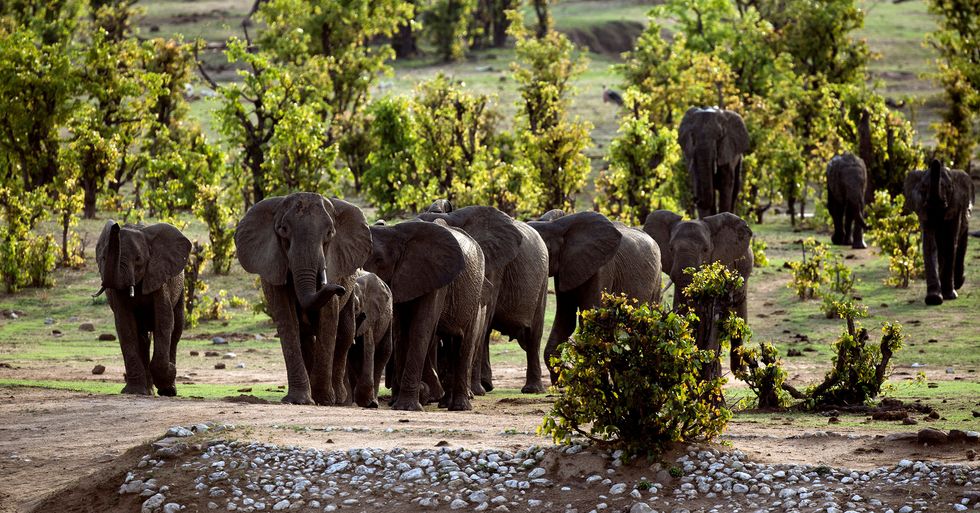 Mystery as 11 Elephants Are Found Dead in Zimbabwe

People in Zimbabwe have been left completely stumped after eleven of their African elephants have been found dead in a national park.

Keep on reading to learn about this utter mystery...

Elephants are a truly majestic species.

As one of the largest mammals in the world, elephants are greatly respected in many different cultures.

But sadly, these beautiful creatures are on the decline.

And for the ones who have survived our destruction?

And it seems to have been working...

Because over in Kenya, the African elephant population has more than doubled over the last 3 decades.

This is all thanks to a successful mission to put an end to poaching.

The news was announced on World Elephant Day earlier this month.

"In the past couple of years, we have managed to tame poaching in this country,", the country's tourism minister, Najib Balala, said at the event earlier this month. "Today we are also launching the Magical Kenya elephant naming campaign, an annual festival whose objective will be to collect funds from the naming, to support the Rangers welfare."

This is an unbelievable improvement...

But sadly, we are still far away from protecting all of these beautiful animals.

Reports have just come in that eleven elephants have been found dead in Zimbabwe...

And officials have no idea why.

The unfortunate elephants were discovered on Friday in the Pandamasue forest, located between Hwange National Park and Victoria Falls.

The Guardian reported that park authorities are investigating the deaths but so far, they are stumped.

Blood samples have been taken from the carcasses...

"These samples have been taken to a laboratory for analysis to determine the cause of their deaths", said Tinashe Farawo, a spokesman for the Zimbabwe National Parks and Wildlife Management Authority.

Poaching has already been ruled out due to the fact that the elephants were found with their tusks still intact.

"We can only ascertain the cause of death after the tests. But we have ruled out cyanide poisoning," Farawo said. "Only elephants were affected. No vultures or any other animals were affected."

These mysterious deaths aren't the first. Last month, more than 275 elephants in the neighboring country of Botswana were found dead in similar circumstances.

Scientists are still investigating the deaths of the elephants in the Okavango Delta area of Botswana...

And factors such as poaching, poisoning and anthrax have been ruled out as causes of death. It is an utter mystery.

We hope that officials discover the cause of these deaths soon...

And hopefully, this will prevent any more from tragically happening. In the meantime, keep on reading to learn about the "world's loneliest elephant" who has finally been saved after thirty-five-years...