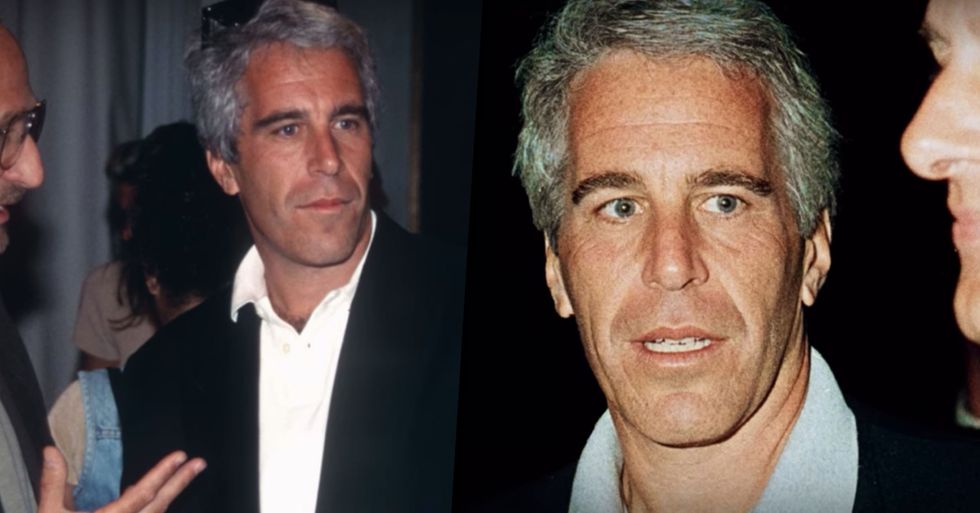 The names of every passenger to have ever flown on one of Jeffrey Epstein's aircraft are due to be released very soon.

We're sure a lot of famous faces are panicking now...

Since the Jeffrey Epstein scandal kicked off last year...

Rumors have been flying around about who was involved in his sickening abuse circle.

But now, it seems that we will be finally getting some truth.

The names of every single person who has ever flown on Epstein's aircraft - that would take them to his notorious island - are now going to be named.

There are many out there who will benefit by Epstein not standing trial...

Progress seemed to be sparse, but then, the release of Jeffrey Epstein: Filthy Rich on Netflix earlier this year catapulted the whole thing back into the spotlight.

And they each detailed similar, yet horrifying tales of being sexually assaulted and raped while giving Epstein and his friends "massages." Many huge names were yet again circulated throughout the documentary and the involvement of Epstein's ex-girlfriend and close friend, Ghislaine Maxwell, fifty-eight, were outlined even further.

Because a large majority of Epstein's victims had claimed that Maxwell was the one who "recruited" the often underaged girls. She definitely knows something...

So, understandably, people were delighted when the news broke of her arrest in July.

It was reported that Maxwell had finally been arrested by the FBI in New Hampshire at around 8:30 am on the 6th of July.

Maxwell was formally charged with 6 counts:

She was also charged for repeatedly lying about her involvement in the trafficking ring during a 2016 deposition.

But it didn't take long for Maxwell to plead as not guilty.

At a hearing via video link, the disgraced socialite remained valiant in her innocence by pleading not guilty. However, she was still denied bail as US federal prosecutors said that she is an "extreme" flight risk and should remain in custody, as per the BBC.

Despite pleading as not guilty, Maxwell has been reported to have been cooperating with investigators...

And she could be potentially dishing the dirt on a lot of famous names who were involved with Epstein's abuse circle.

But new reports have surfaced that the logs of Epstein's private jet journies are going to be released...

Including the names of the famous faces who have traveled on them over the years.

Just as Filthy Rich covered, we all know about Epstein's private island, Little St. James, that he would use to carry out the majority of his abuse.

Young girls would be flown out regularly to please him and his high-profile guests in a sickening routine that went on for years.

Clearly, Epstein's high-profile guests thought they were out of the woods...

But it has just been reported that Denise George, the Attorney General for the US Virgin Islands, has requested passenger names and contact information for every flight made by Epstein’s 4 helicopters and 3 planes from 1998 until his death by suicide in 2019.

Things that allegedly went down on these flights are stomach-turning.

The girls involved would recall "wild sex parties" happening during the flights - many of which would involve rape and assault. These acts would continue on Epstein's private island.

Investigators are now seeking personal notes made by pilots and "complaints or reports of potentially suspicious conduct."

David Rodgers, one of Epstein’s pilots, already provided logs in 2009 showing Prince Andrew and Bill Clinton – as well as stars Kevin Spacey and Naomi Campbell – had flown on one of Epstein’s planes dubbed the "Lolita Express."

A source has confirmed that this news has caused a "panic" amongst many of the rich and famous...

Because many are about to be outed in broad daylight.

So make sure to stay posted for further updates.