How do people deal with it in space? | 22 Words 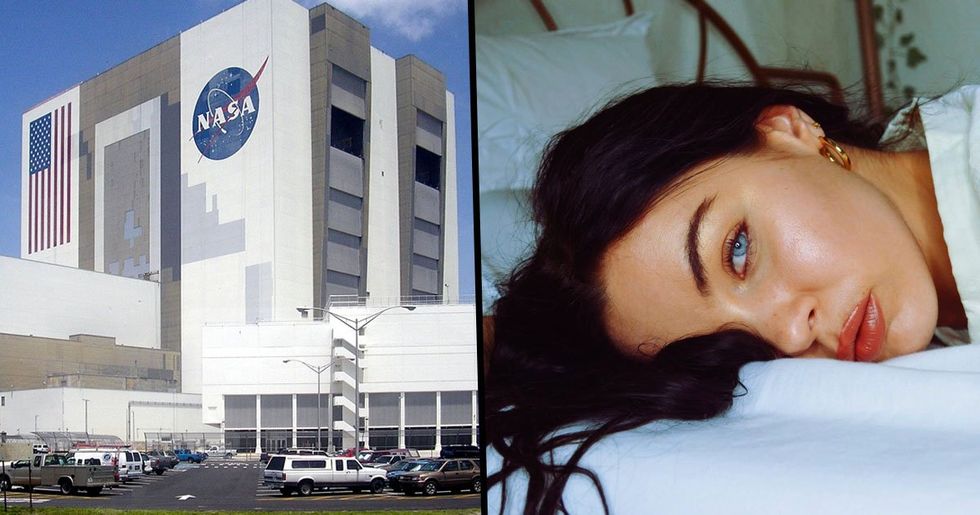 Ever woken up at 2 pm, felt the growing terror of existence, and thought, "what’s the point in getting out of bed?". That's okay! As of this year, NASA, in cooperation in the ESA (European Space Agency) is offering $14,000 to participants willing to stay in bed for two months. It’s all part of a new study testing the effects of muscle wastage on astronauts undergoing deep space travel. The idea is for participants to lie on an incline, where blood flow to extremities is reduced (mimicking the effect of zero-gravity muscle wastage), to see how they do after two months. Successful applicants will get as much TV and internet as they like!

Too good to be true?

It’s not, this is totally real. It’s a joint venture between the ESA and NASA.

So I just sit around and watch TV all day?

Well yes, but it’s not as easy as it sounds, listen to whats required.

First, you get flown to Cologne

Where you’ll be shown to a specialised facility, complete with crazy space beds (pictured above).

Then, you undergo a five day familiarisation process.

Presumably, there are lots of regulations to keep the study valid, you’ll have to be briefed on all of these.

It’s all lying down. Everything. That means…

Ever tried eating a Pizza while flat out on the bed with the laptop on your belly and the box on your chest? No? Me neither?

Going to the loo

That’s right, you can spoil the bed if you like. We never get to do that guilt-free!

And sleeping lying down

So no shire horses!

So what am supposed to do during this time?

The study recommends taking an online course or something productive like learning a language - or, I don’t know, watching Netflix.

The beds are specially designed

They keep blood from reaching your extremities effectively. This mimics the conditions of deep space travel, during which muscle wastage is a problem.

So the idea is just to waste the participant’s muscles?

Pretty much. This is a bad idea for any health nuts out there.

How do people deal with it in space?

Regular exercise. That means every day on what’s called a resistance machine. I think they have them in gyms? I wouldn’t know; I’ve only ever been to a gym once and it freaked me out. Here’s Chris Hadfield to show you how it’s done.

But there’s new technology to get around the problem of muscle wastage.

Here’s what Dr Edwin Mulder, from the DLR Institute of Aerospace Medicine, said…

"The use of artificial gravity might be the best solution for human health protection during human long-duration deep space missions,"

And that’s what applicants will be helping with?

Is there a control group?

There is, half the study will spend time in a centrifuge on intermittent occasions, the other half will not. Then the physical state of each participant will be compared.

To explain what you may not yet know about centrifuges and g-force.

Alright, so that millennial did about 3 gs, this guy does 9!

I know this is going off track, but check it out.

Though participants will be spun much slower

'Volunteers will be spun at speeds of around 30 revs per minute for up to half an hour per session, Dr Mulder said.'

The final frontier, how exciting would it be to help humanity on its way to the far flung reaches of the galaxy?

There are catches to deep space travel, here are a few…

We mentioned that before. You don’t want that - some astronauts returning to Earth’s gravity are too weak to stand for weeks.

Have you seen that "M. Night" Shyamalan film, Glass. It’s a bit like that - only real, and in space, and with no twist at the end.

Space is riddled with cosmic radiation and, while that sounds like a great name for a pay-trance DJ, it’s actually really dangerous.

And, of course, loneliness.

I’m not going to explain this.

Is 89 days. That’s 60 days on the study, five days of familiarisation, and 14 days rehabilitation.

How many places are there?

There are 24 available places in the study. But I imagine the application pool will be large and the selection process will be rigorous.

To play us out…