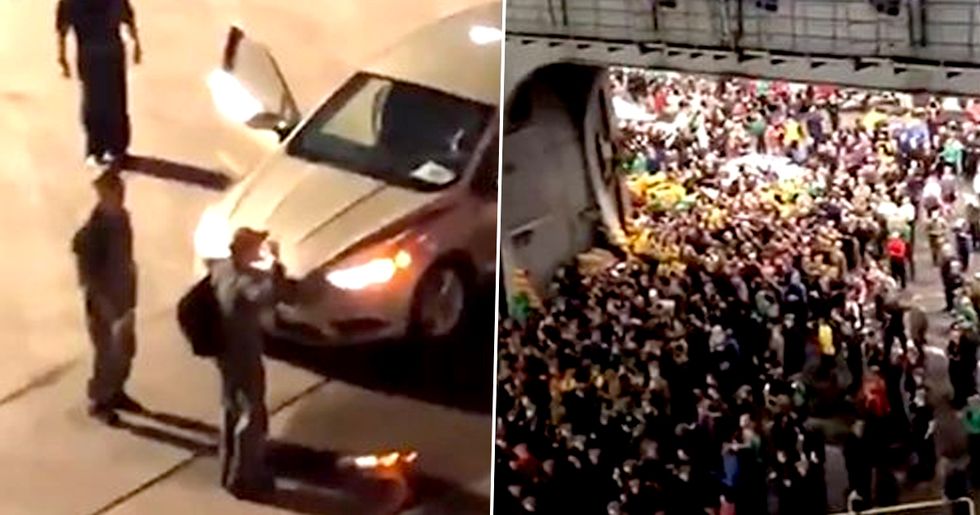 According to the government, under the financial relief bill signed on Friday, "the average worker who has lost his or her job will receive 100 percent of their salary for up to four full months."

One man who lost his job was none other than Navy Captain, Brett Crozier, who was fired after sounding the alarm on coronavirus.

While he was sacked from his position, his crew-mates believe he did the right thing and gave him a huge send-off.

How long can the country stay closed for business?

The secretary of Labour, Eugene Scalia, can't give us answers.

He said earlier this week that the six hundred dollar boost to unemployment checks would be delivered to states this week.

It was the Bureau of Labor that released the new jobless total on Thursday morning.

It's only getting worse.

Economist's estimations were completely off.

Morgan Stanley had expected a number closer to 4.5 million, whereas Goldman Sachs estimated roughly 5.5 million. The reality is, it would be more accurate if you added both their estimates up.

They have been left wondering how long this carnage can go on...

And so have the rest of America. Goldman Sachs predicted this week that the U.S. economy will shrink by 34%.

The U.S. unemployment is set to rise another fifteen percent by mid-2020.

But there is some positive news, the banks predict that half the economic decline should be recovered by the end of this year, as the cases of coronavirus begin to decline.

The government has scrambled to prop up the economy.

Spending 2 trillion dollars in emergency aid, which cheered up the stock market, but hasn't saved any jobs so far.

The new measures include...

Many officials in Washington think that this spending won't be enough.

Congress is looking into this and discussing a further round of stimulus.

Hopefully, things will return to normalcy as soon as possible.

The more people following social distancing rules, and remaining isolated, the quicker this virus will die off. Keep scrolling to see what an infected man from New York did to see his newborn baby...

One man who was sacked was Brett Crozier.

Crozier was a captain in the US Navy and he was fired after sounding the alarm on COVID-19.

The letter said 'sailors do not need to die'.

Crozier's letter was sent to Navy commanders about the threat of coronavirus and how it could wipe out many members of the Navy.

The letter was leaked to media.

And in the letter he urged officials to release his crew of 5000 members to slow the spread of the deadly virus. He was then fired for not 'safeguarding' the information.

But his crew felt he did the right thing.

And he was given a massive send off by his crew while he walked the plank alone for the last time.