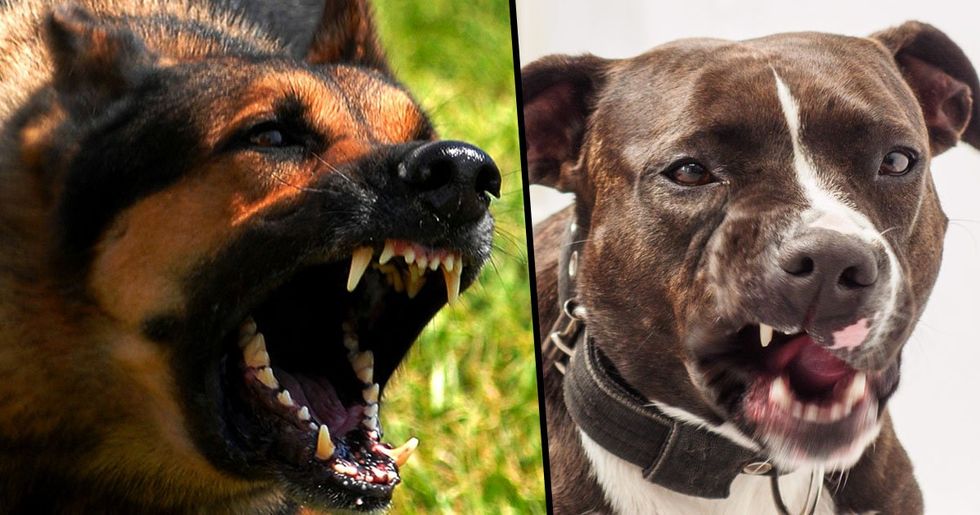 Life isn't always a walk in the park. Sometimes, we find ourselves in difficult situations and there's no way of helping that. But, according to Clint Emerson, a retired Navy Seal and an expert in all things "survival," you never know what you may need to do in order to escape danger, so it is important to be prepared. Whether you stumble across casualties in an accident or you're faced with a knife-wielding maniac, his book will equip you with the knowledge to overcome these situations.

Dogs are generally cute, loving animals but attacks have become a common occurrence. Thankfully, though, most aren't fatal. Emerson highlights what to do if you find yourself in a situation wherein you need to defend yourself against an angry canine, so in this article, I will outline some of his valuable advice from his most popular book: 100 Deadly Skills: The SEAL Operative's Guide to Eluding Pursuers, Evading Capture, and Surviving Any Dangerous Situation.

And a recent news article proved just how dangerous dogs can really be.

A man in Iowa was reported to have died after saving his five-year-old daughter from a vicious dog attack.

Though the medical staff at Fort Madison Hospital tried to save the thirty-three-year-old man, he was later pronounced dead.

Fortunately, the daughter survived despite being bitten on the face, but police confirmed that her father died due to the serious nature of his injuries.

The dog had to be restrained using a weapon.

No further details have been released on the attacker, but the police did make a statement in which they mentioned that they "did have to discharge a weapon to dispatch the animal to stop the attack" because it would not release the victim.

That brings me to Emerson's rules.

The book has received a lot of positive feedback.

On Amazon, it has been awarded 4/5 stars with numerous, positive reviews. It contains many other survival techniques, including what to do in the presence of an active shooter or when coming face-to-face with a thief who is attempting to take your valuables.

Here are some of the most promising reviews from Amazon.

This user (TheMurlock) was pleasantly surprised by the contents of this book, describing the situations as "crazy" but "very interesting".

This book seems to be a hit with many people, providing them with valuable knowledge on survival.

Matthew Evans described it as a "great quick read".

Many have mistaken this book for a humorous version of what is actually is, but, after reading it, they realized that it acatully contains some pretty good advice.

Calliegh bought this for her husband, but now she has to deal with the consequences.

Though some have taken it a little too lightheartedly...

Now that we've heard Clint Emerson's advice about what to do in a dog attack, here's a little note from me...

While I do understand this book takes complex situations and makes the solutions seem simple, you must remember that when you're actually involved in them, the reality is completely different. You're more likely to react in an irrational manner due to how your body reacts to stress and each reaction is different, so please be warned. Judge it carefully. If a thief wants your valuables, you're better off giving them up as opposed to getting involved in an altercation. Valuables can be replaced. Stay safe at all costs. 100 Deadly Skills: The SEAL Operative's Guide to Eluding Pursuers, Evading Capture, and Surviving Any Dangerous Situation is available for purchase from Amazon. If you want some useful tips on what to do when you're drowning, have a read of this.