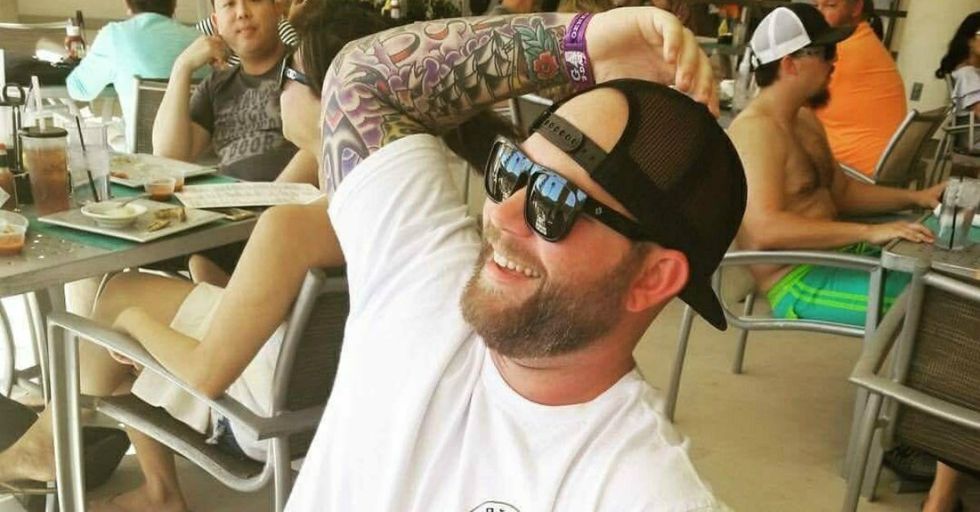 Navy veteran Chris Roybal, 28, was used to danger. He'd been in the Navy from 2005 to 2012 and toured Afghanistan, 'the deadliest place on earth.' He was prepared for most situations.

Unfortunately, nothing can prepare a person to be in the middle of a mass shooting during a normal Sunday evening.

On the evening of Sunday October 1, Gunman Stephen Paddock opened fire on a country music festival.

It was the deadliest mass shooting in recent history. 59 people were killed and over 500 were injured. Hospitals were overwhelmed, and the nation went into mourning. Paddock had chosen a place where he could inflict maximum damage. He'd chosen a music festival in Las Vegas.

Roybal was in Las Vegas celebrating his 29th birthday.

On Thursday, he'd gone to a $500 dinner, and he and his companions had spent most of Sunday hanging out by the pool. He went to the festival earlier than his mother, Debby Allen, who had joined him for the trip. She texted, "Baby, where are you? Send me your location." Before he could text back, the bullets started.

Roybal's mother tried to get to him, but it was too late.

Allen had been rushed out the concert when the shooting started. She tried to return for her son, but there was too much panic. Hours later, she received a text. Her son was dead. In an interview to the Daily News, she said, "The coroner told me. It sounds like he got shot pretty quickly..." Then she added. "I got him home safe from Afghanistan and never thought I would have to worry about losing him again. He used to tell me stories about how scary it was. He was in two gun battles where he thought he wouldn't make it back home." In fact, this was one of the most chilling things about Roybal's death.

On July 18, Roybal wrote, "What's it like being shot at," a post that details his experiences in Afghanistan. In it, he detailed the rush of emotions that comes with being in a dangerous situation. "It was never fear, to be honest, mass confusion," Roybal wrote. "Sensory overload... followed by the most amount of natural adrenaline that could never be duplicated through a needle. I was excited, angry and manic." This uncertainty of feeling wouldn't last, however. Roybal goes on to say, "Unfortunately, as the fights continue and as they as increase in numbers and violence, that excitement fades and the anger is all that's left." "The anger stays, long after your friends have died, the lives you've taken are buried and your boots are placed neatly in a box in some storage unit. Still covered in the dirt you've refused to wash off for fear of forgetting the most raw emotions you as a human being will ever feel again."

Roybal concluded with a grim message.

"What's it like to be shot at?" he wrote. "It's a nightmare no amount of drugs, no amount of therapy and no amount of drunk talks with your war veteran buddies will ever be able to escape. It was a nightmare, unfortunately, he did not escape. His friend, Matthew Austin, a Naval veteran as well, posted on Facebook, "It breaks my heart and infuriates me that a veteran can come home from war unharmed and events like these occur. Shipmate you were taken much to soon, and my thoughts and prayers are with your family. Rest easy friend. You have been relieved and we have the watch."