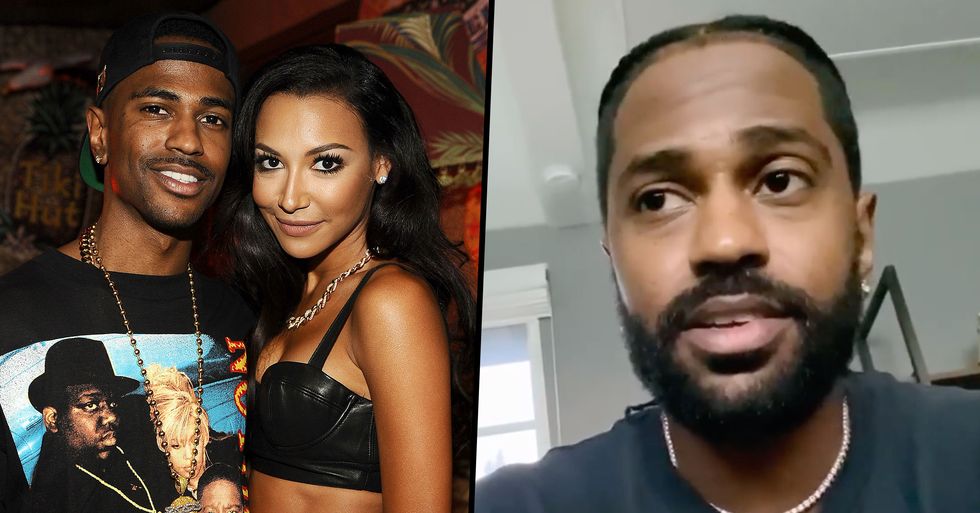 Last week, it was confirmed that Naya Rivera had tragically drowned while out vacationing with her 4-year-old son.

Ever since the devastating news broke, tributes have been flooding in for the actress from heartbroken fans, friends, and family members.

But now, Rivera's ex-fiance, Big Sean, has finally broken his silence to pay tribute, and what he had to say was beautiful.

On July 8th, we woke to the tragic news of Naya Rivera's disappearance.

Rivera was best recognized from her role in the hit 2009 musical series, Glee.

The actress portrayed the role of the sharp-witted cheerleader, Santana Lopez. She also went on to star in a number of other hit shows and movies, such as Devious Maids and Step Up.

But, in more recent years, Rivera had put her acting career to one side...

And had thrown herself into motherhood. With her now ex-husband, Ryan Dorsey, Rivera had a son, Josey, in 2015, and he had been the apple of her eye ever since.

The actress had rented a pontoon boat...

But, 3 hours later, another boater raised the alarm after seeing the vessel drifting and Josey sleeping alone on board. The child was unharmed.

Further details about her child's experience came to light in the hours following her disappearance...

And they were utterly horrifying.

And now, the latest person to pay tribute is her ex-fiance, Big Sean.

The rapper and songwriter started dating Rivera back in 2013 after they met when recording for her debut single, "Sorry."

But, sadly, it wasn't to be. They called off their engagement the following April in what Rivera had described as a "hurtful" breakup.

Since her death, Big Sean has remained relatively silent...

And fans have been speculating as to whether he would pay tribute to his ex, considering their turbulent breakup.

But now, he has spoken out.

Taking to Instagram, the rapper shared a series of photos of Rivera, alongside the heartfelt caption: "Rest In Peace Naya, God Bless your Soul! Thank you for blessing us all with your talent and presence. you are a hero! Not just because of how you saved your son, also because of the barriers you knocked down for so many people to make them feel confident in themselves and to stand tall and be proud when they couldn’t achieve that on their own."

"I appreciate and cherish everything that ever happened between us for making me wiser and a better person. I’m still grieving and in shock, I can’t believe this is real. I’m praying for you and your family and I know your watching over them and protecting them. Rest In Peace Naya."

What a beautiful tribute.

Our thoughts go out to her family and friends at this unimaginable time.

Rest in peace, Naya Rivera. 2020 has been an incredibly sad year so far. For tributes to  all the celebs we've sadly lost this year, scroll on...