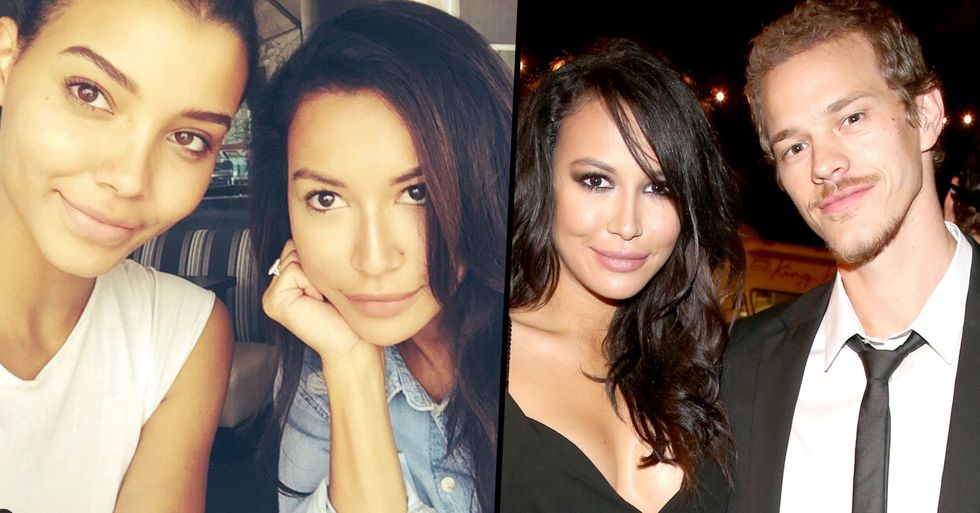 It has been reported this week that Naya Rivera's ex-husband and father to her child, Ryan Dorsey, has struck up a close relationship with her 25-year-old model sister...

Ryan and Naya's sister, Nickayala, have been snapped out and about together quite frequently in the last month...

And reports are claiming they are even living together.

Now, most people have instantly jumped to assumptions of romance...

And most are not at all impressed by Nickayala's actions. But there could be an unexpected reason behind their somewhat unexpected living situation...

It's been almost 3 months since the news broke of Naya's tragic death.

The thirty-three-year-old actress was first confirmed as missing when her 4-year-old son, Josey, was found alone on a boat drifting along California's Lake Piru, where the pair had been vacationing, on July 8th.

Just one day before her death, the actress posted this photo.

As soon as she was reported as missing, divers and helicopters began scouring the reservoir until darkness fell...

In the months following her death, Naya's family has remained relatively under the radar...

But now, there has been a development that none of us were expecting.

As stated earlier, reports have been claiming that Naya's ex-husband, Ryan Dorsey, has moved in with her little sister, Nickayla.

The unexpected claims have surfaced following a number of sightings of the pair spending time together out in public.

Twenty-five-year-old Nickayla was very close to her older sister...

In the wake of her death, she posted a heartfelt tribute on Instagram which read: "Sister. There are no words to describe my love for you. Side by side or miles apart, our connection is infinite. Our bond is unbreakable. We were complete opposites, yet simultaneously the same. The yin to my yang. I never knew that by losing you, I would find so much of you in myself."

She has evidently found solace in Ryan, who is also grieving the mother of his child.

It is perfectly natural for people in mourning to find comfort in one another...

But, when the Daily Mail confirmed that the pair had moved into a 3 bedroom rented house together with 4-year-old Josey, suspicions began to rise.

Many people have found the whole set-up to be a little problematic...

I hope Naya Rivera haunts her younger sister for moving in with her trifling ex-husband. Foul ass shit right there.
— Cee (@Cee)1601316955.0

something about Ryan Dorsey and Naya Rivera’s sister moving in together don’t sit right me like they were also spot… https://t.co/OTwxsQcIJo
— n (@n)1601330131.0

I just read that naya Rivera’s ex husband is now dating and moving in with her younger sister! That’s disgusting and wrong on so many levels
— Diamond Allen (@Diamond Allen)1601323940.0

I hope that news about Naya Rivera’s sister getting with her ex husband is not true smh That’s disgusting.
— Dani René (@Dani René)1601321175.0

Naya Rivera’s sister moving in with her ex husband two months after her death don’t sit well with me at all 🥴
— Alotta Fagina (@Alotta Fagina)1601340496.0

However, despite the allegations...

Nickayla has profusely denied that there is anything romantic going on between her and Ryan and that, by moving into a shared house with him, she is simply supporting her nephew.

"In the darkest time of my life, the only thing that is important is my friends & family. Showing up for my nephew, even though I can't show up for myself. I'm not concerned with the way things look because no one can see each agonizing moment we all endure. What matters most, I've learned, is to show compassion, not to judge others, & never take a moment of life for granted. I hope you can all do the same."

Ryan Dorsey is yet to respond to the allegations.

Rest in peace, Naya Rivera. For more on the lives lost this year, keep scrolling...