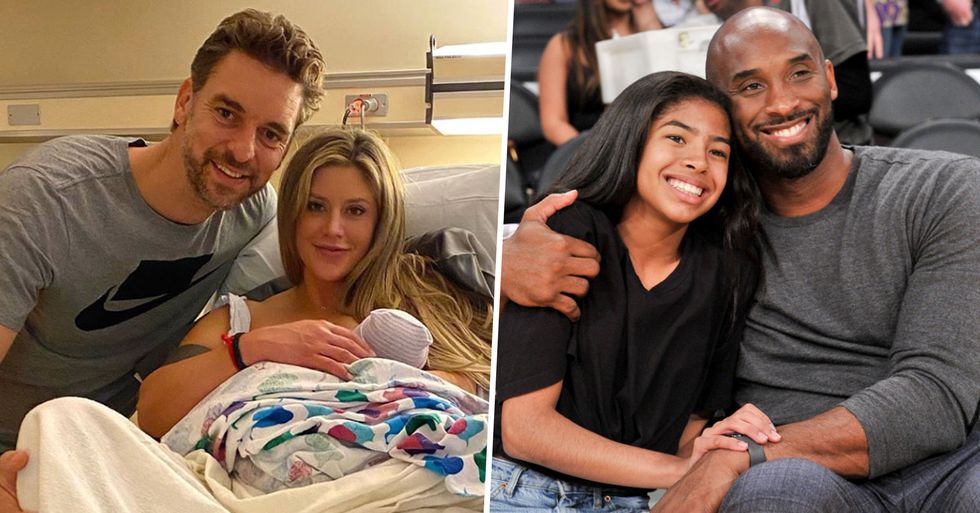 Following the birth of his daughter yesterday, Pau Gasol has just paid tribute to Kobe Bryant's daughter, Gianna, in the sweetest way...

The NBA star took to Instagram to announce the news to fans, accompanying the post with an adorable snap.

Pau was the former teammate of the late Kobe Bryant.

The stars were teammates through some crucial championship runs in the late '00s.

And they clearly meant a lot to him.

So, following the birth of his daughter...

Pau decided that he wanted to pay tribute to Kobe and Gianna in the sweetest way possible.

Kobe Bryant was a legend.

On January 26, the world's heart was left broken.

Kobe Bryant was tragically killed in a helicopter crash. The NBA star's private helicopter crashed in Calabasas at around 9:45 am local time, TMZ sports confirmed at the time.

Tragically, Bryant's daughter, Gianna, was also on board the helicopter at the time of the crash.

TMZ Sports reported that Gianna, aged thirteen, tragically died alongside her dad in the crash. It is thought that the father and daughter were on their way to the Mamba Academy for basketball practice, nearby Thousand Oaks.

The news was hard for people to stomach.

The 2 had a strong friendship as Kobe was an active Obama supporter and they both shared similar views on social issues.

2 weeks after their tragic deaths, Kobe and Gianna Bryant were laid to rest.

And now, 8 months on from the tragedy...

Pau Gasol has found his own way to pay tribute to the pair.

The star announced that he has named his newborn daughter after Gianna.

The star broke the news on Instagram in both Spanish and English, writing: "Our little one has finally arrived!!"

"The delivery went really well and we couldn’t be happier!! Elisabet Gianna Gasol 😍, a very meaningful name for our super beautiful daughter!!"

And this gesture is such an incredible tribute.

Congratulations on the birth of your daughter, Pau!

To read more about Kobe Bryant, scroll on to see the unopened love letter Vanessa Bryant discovered after his death...