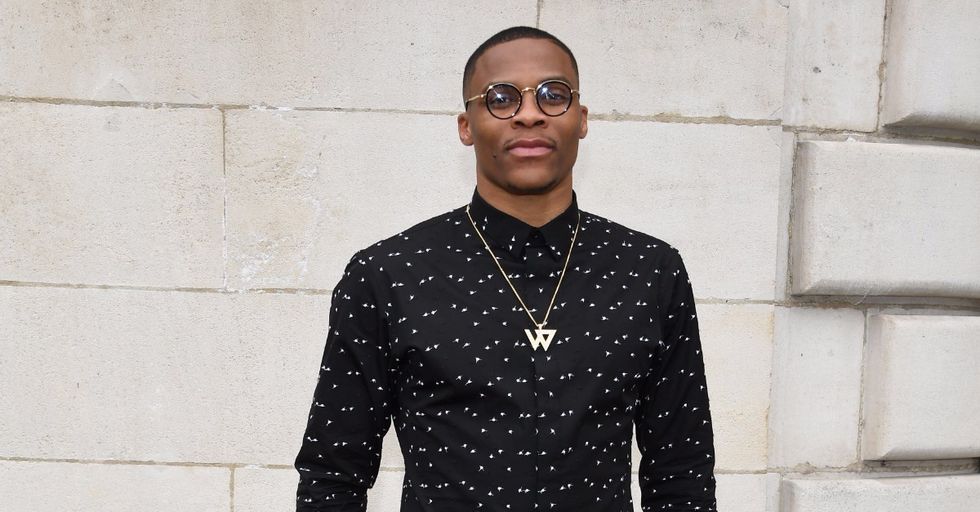 It may be early, but Halloween has already been won. Oklahoma City Thunder players Nick Collison and Russell Westbrook are as good at Halloween as they are at basketball.

Is there anything that basketball superstar Russell Westbrook can't do?

The six-time NBA All-Star is no wallflower. He's known for his ball skills, obviously, but also his sometimes-outlandish style. Westbrook says he only wears an outfit once, and then he donates it. Considering some of his fashion choices, we'd like to see what Goodwill shoppers around Oklahoma City are wearing!

He also apparently loves Halloween and his costumes never disappoint.

This year, he and teammate Nick Collison hit it out of the park again. (Forgive the mixed-sports metaphors.)

To ensure people got the reference, Westbrook shared side-by-side photos with the Hollywood duo.

They captured the '90s look perfectly. We're most impressed with Collison's jacket. Where does one find something like that? Surely Harrelson and Snipes would be proud.

But wait, there's more! Not only did they dress up, but they included their dates.