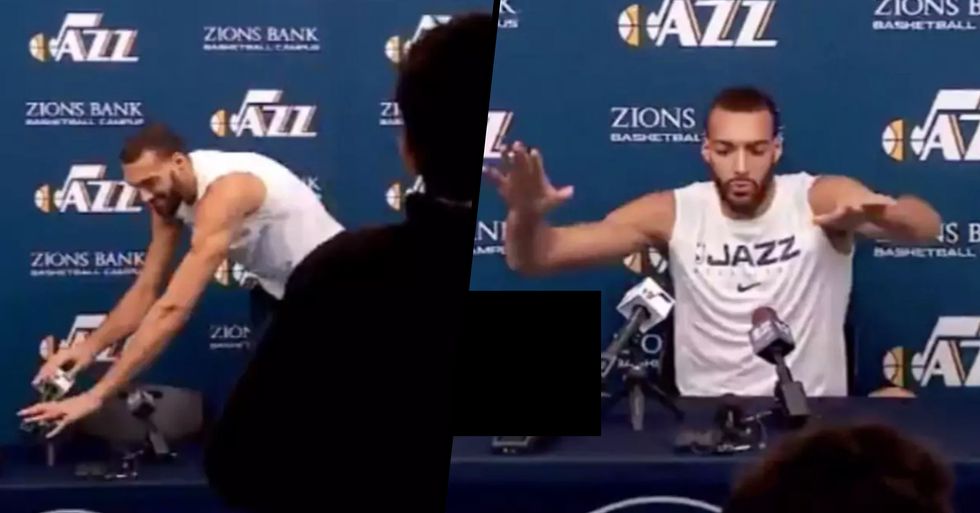 Hundreds of thousands are currently infected with the virus and now, an NBA player has tested positive for the virus just days after Rudy Gobert jokingly touched all the microphones during a press conference.

But Hanks isn't the only one...

More news has just come through that an NBA player has been tested positive for the coronavirus.

It is believed that the person in question is a Utah Jazz player...

The league announced that it would be suspending action in a statement yesterday (11th of March) which read, "The NBA announced that a player on the Utah Jazz has preliminarily tested positive for Covid-19. The test result was reported shortly prior to the tip-off of tonight's game between the Jazz and Oklahoma City Thunder at Chesapeake Energy Arena."

The NBA is taking this matter very seriously...

"At that time, tonight's game was canceled. The affected player was not in the arena. The NBA is suspending gameplay following the conclusion of tonight's schedule of games until further notice. The NBA will use this hiatus to determine the next steps for moving forward in regard to the coronavirus pandemic."

This comes with some terrible timing...

This shocking news has come just days after Rudy Gobert jokingly touched all the microphones during a press conference, appearing to attempt to make a statement about the "overreaction" to the coronavirus outbreak.

Rudy's behavior during the conference didn't go down too well with fans...

This is the video of Rudy Gobert touching all the microphones and potentially infecting innocent people with Corona… https://t.co/Yap51pBLGM
— Abdul Memon (@Abdul Memon)1583976320.0

And especially now the virus has effected the NBA.

Prior to the media conference, the press had been banned from accessing locker rooms which meant players were required to fulfill their media obligations at the podium...

This was when Gobert decided to fondle all the mics, which is clearly something that will now follow the basketball player for a very long time.

Even though this hasn't been officially confirmed...

Rumors have been spread that it is Gobert who is the one who tested positive for the virus.

This is a staggering hit on the NBA...

Make sure to keep scrolling to learn what LeBron James has said about the coronavirus situation and how he will refuse to play basketball without his fans...