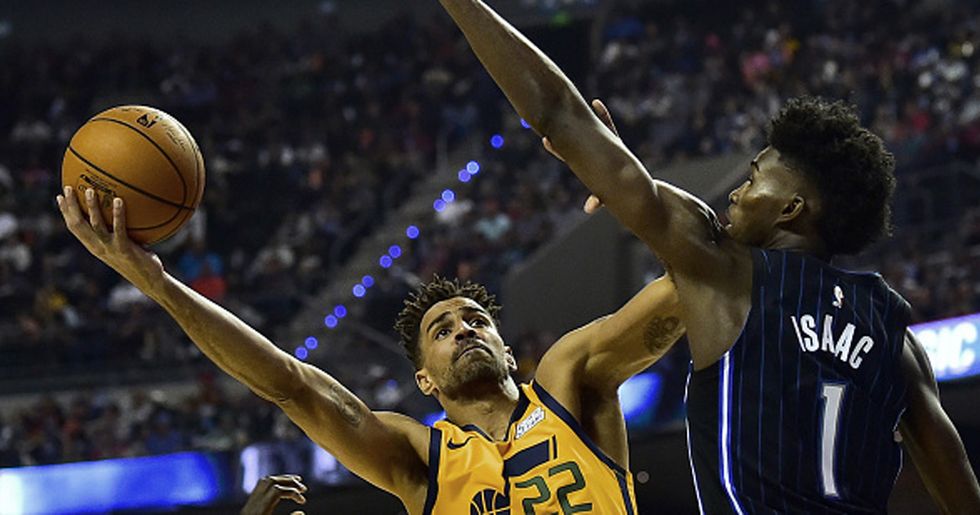 As protests continue to rage on across the country, the movement is affecting all walks of life. Everyone from your every day citizen, to politicians, and even sport stars are getting involved.

However one basketball player is making headlines across the globe for his opposite take.

Instead of taking the knee during the national anthem, Orlando Magic's Jonathan Isaac has stood throughout it, and he's explained why.

Columbus has been cancelled.

In Chicago recently - at a protest over a Colombus statue, something very dark happened.

A cop punched a protester.

And the protester, whose name is Miracle, had many of her teeth knocked out.

A GoFundMe has been set up.

This is 18yo Miracle Boyd, whose front teeth were knocked out by CPD last night, at the Love March Against Gun Viol… https://t.co/P56LILfs0z
— Stephanie Kollmann (@Stephanie Kollmann)1595076446.0

To help pay for Miracle's medical and dental bills following the savage attack.

According to the GoFundMe:

In the process of Miracle attempting to deescalate, video captures an as of now unidentified officer knock Miracle’s phone away & throw a left punch that struck Miracle in her face Miracle clearly injured & stunned, then runs away from this officer & his fellow officers that failed to stop this attack & hold this officer accountable.

My tooth was knocked out. I have lip abrasions in my mouth. My teeth hurt really bad. A police officer came up to me and he smacked my phone out of my hand and it hit me in the mouth and my tooth got knocked out.

Countless sport stars are adding to the debate.

But while most of them agree with everything the movement stands for, and are taking the knee during the national anthem. One man thinks differently.

And is none other than Orlando Magic's Jonathan Isaac - who made headlines across the globe recently for refusing to take a knee.

Jonathan Isaac became the first #NBA player inside the bubble to stand during the national anthem. He also chose no… https://t.co/jtelT48oX6
— Daren Stoltzfus (@Daren Stoltzfus)1596232490.0

But he's revealed his reasons why - claiming that he does believe in the BLM movement, just not taking a knee.

That he doesn't believe taking a knee or wearing a BLM shirt 'goes hand in hand with supporting black lives'. He continued:

His action has massively divided opinion.

With a lot of the nation supporting Isaac and many others feeling the opposite.