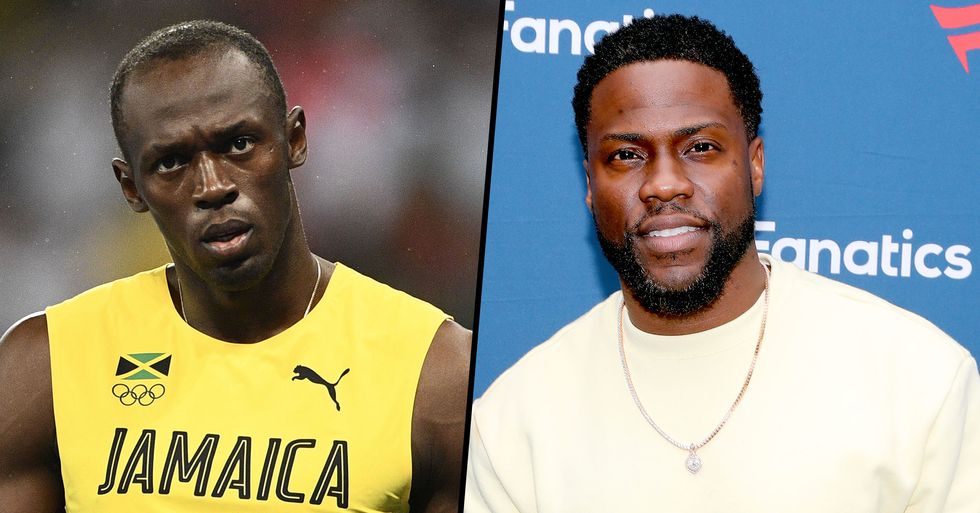 NBC is in hot water after they mistook Kevin Hart for Usain Bolt in a coronavirus story. Now, both NBC and Kevin Hart have responded...

But, people are far from happy with NBC when reporting on the matter.

The network made quite a serious mistake this week, and fans viewers were less than impressed.

Celebrities even began to weigh on the issue.

Not to mention the fact that Kevin Hart himself has now spoken up. Yikes.

Comedian and actor Kevin Hart came to fame as a stand-up comic.

The star began working as a stand-up comedian shortly after graduating from high school, eventually moving on to bigger clubs in New York and Los Angeles.

And, just 2 years later he went on his Laugh at My Pain tour which grossed a staggering fifteen million dollars.

The tour saw a sharp turning point in his career.

And saw him transform into a fully-fledged star.

Since then, he's gone on to become a Hollywood success.

He's no stranger to the small screen either.

For instance, in 2012 he hosted the MTV Music Awards, and during that time, he also landed a role on the ABC comedy Modern Family.

He has also appeared on series including Real Husbands of Hollywood and Workaholics.

But, in 2019, he made headlines for a very different reason.

In the early hours of September 1st last year, reports of a major car accident in Malibu began flooding in.

According to reports, the vehicle was been driven by Hart’s friend, Jared Black, twenty-eight, in the West Valley.

While Black’s fiance, Rebecca Broxterman, thirty-one and a personal trainer, was sat in the back.

This is when the vehicle skidded off the road. Hart’s car tumbled off the Mulholland Highway and subsequently plummeted 10 feet deep into a gully off the windy road on the Los Angeles coast.

When the vehicle smashed into the wooden fence off the highway, the entire roof was crushed, leaving the vintage car in complete ruins.

And the fire department had to saw off the roof to get him out. He was then reportedly airlifted to UCLA Westwood hospital. Luckily, his fiance escaped with minor injuries.

Both Hart and Black suffered “major" back injuries as a result of the accident, police reported.

The influence of drugs or alcohol was immediately ruled out. Hart underwent major spinal surgery on Sunday evening, just hours after the crash. He fractured his spine in 3 different places.

The surgery was a success.

And now, nearly a year on, he seems to have made a full recovery. “After my accident, I see things differently, I see life from a whole new perspective. My appreciation for life is through the roof. I’m thankful for my family, my friends," he said at the time.

It's safe to say its been a whirlwind year for the star.

But this week, he has once again hit the headlines... but not for the reasons you might expect.

It's all thanks to NBC.

The network ran a coronavirus story in which they placed a picture of Hart in the article instead of Usain Bolt - whom the story was actually about.

"Usain Bolt, the fastest man alive, tests positive for coronavirus" the headline read. But, the picture used was actually of Kevin Hart on the red carpet of the Jumanji premiere, not the legendary olympian.

NBC News blamed the mistake on a "technical error" in its social media content management system.

“In the content management system, a social image was not selected, and the system reverted to an image of Hart from an unrelated video," a statement read.

The mistake even caught the attention of several celebrities including Kenny Hamilton, who wrote: "It’s crazy this s--t keeps happening to US. All we can do is laugh 😂😂."

And now, Kevin Hart himself has spoken out.

And he's not a happy bunny.

The star reposted a screenshot of the article to his Instagram.

He then concluded by saying the mistake was "disrespectful on all levels."

"P.S this is Disrespectful on so many levels....All you can do is laugh. Maybe the COVID 19 shrunk his legs & torso."