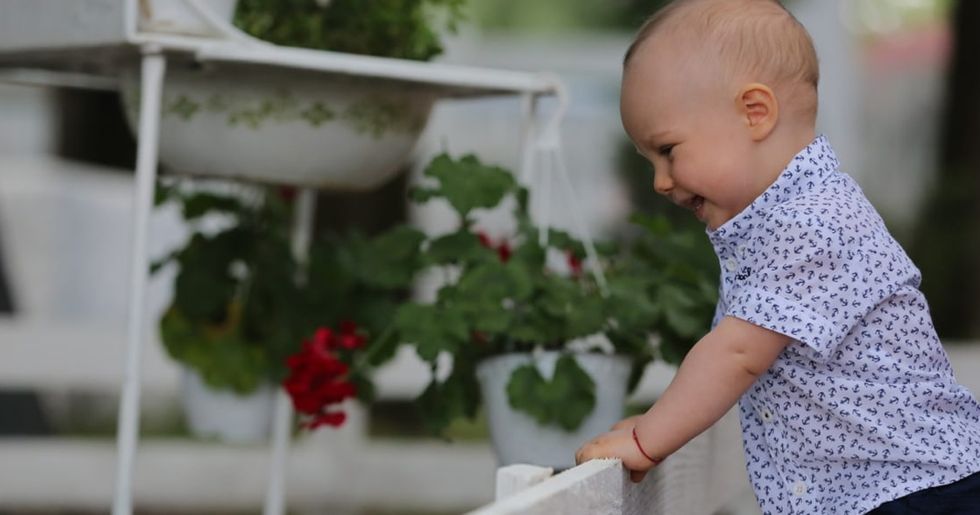 While motherhood and childhood are two of the greatest things on the planet, one guy didn't get the memo.

This bizarre character has gone viral after he sent a letter to his next door neighbor ordering her to only allow her toddler out of the house for 15 minutes a day.

Why? Because he upsets the dogs...

We live in a world where some wonderful things can happen.

Most of it thanks to mother nature.

That blesses us with the births of thousands of babies every year.

And fortunately in today's day in age, pretty much anybody can have a baby.

Thanks to the technological advances in IVF, couples who can't conceive naturally, and who would once have had to admit defeat, can now have families of their own.

And there is now an array of different conception methods for struggling couples...

Which is simply incredible news.

Being a parent is truly magical.

And absolutely nothing compares to the love you feel for your kids.

Even if they're not always princesses.

And any parent will tell you ...

Making their kids happy can quickly become a top priority.

And one thing every kid needs?

Is the perfect playhouse - or at least a garden they can explore and have fun in.

But one neighbor doesn't want this to happen.

One mother shared a photo of a letter which was seemingly passed into her house.

The letter threatens the mum with police action.

Why? Because she dares let her toddler run around in the back garden.

The neighbor is furious.

While most would say that a toddler's laughter is truly beautiful, this person does not!

They say the giggling annoys the dogs.

The letter states that the toddler's giggling annoys the pet dogs next door, as well as a bird...

Dear ‘neighbor’, You moved to the neighborhood a year ago and I wanted to give you time to correct this problem on your own, but you are apparently too inconsiderate to do so.

Every day this week, when the weather has been nice and windows are open, you proceed to let your small child run free in your backyard and laugh and giggle and carry on without end.

This is very disruptive for my two dogs and my bird who sits next to the window and like to look in your yard [sic].

If this kind of behavior persists, I WILL CALL THE POLICE!

Along with the caption:

Yes, this is real.

And as you can imagine it's gone super viral.

And has been liked and shared countless times!

You can see why!

What sort of person would do this?