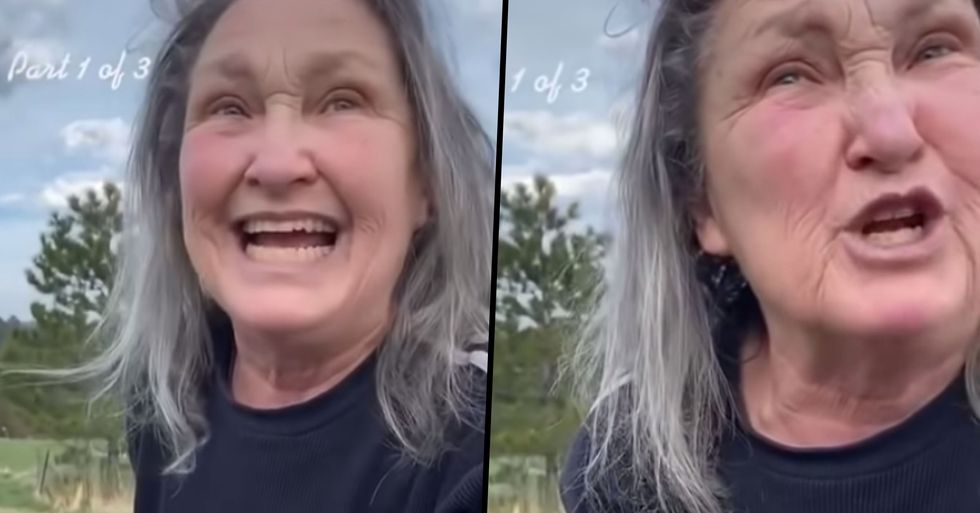 The latest Karen has reared her ugly head and, this time, it was all over her neighbor mowing flowers in his own yard...

In the last couple of months, we have seen an influx in "Karens".

Now, "Karens" are usually known for demanding the presence of a manager in order to complain...

And they have become a painfully hilarious joke over the last few years.

The name "Karen" has always been associated with a certain type of middle-aged white woman who’s likely to throw a fit if she doesn’t get her own way.

We can now spot a Karen asking for the manager a mile off.

There are a whole range of Karens out there...

And, usually, they're pretty harmless and are usually wanting to complain to a store manager. Nothing too major.

In May, a "Karen" was publically ridiculed after she was filmed calling the cops on a black man.

Another Karen reared its ugly head.

A man was filmed last month calling the cops (shock) on a pair of peaceful protestors...

Then there was the "hammer-smash" Karen.

And, just when you thought we couldn't write about any more Karens...

You guessed it, another video has emerged.

This time, a woman has become rather disgruntled over her neighbor's gardening habits...

TikTok user, dirtdad71, shared footage of his riled up neighbor while he was enjoying a spot of lawn mowing.

Shouting over the noise of his lawnmower, the woman can be heard demanding:

"Mow on that side of the shrubs! You mowed last year in the fall after the flowers had bloomed!"

When the man tells her calmly that he is mowing in the spring, she yells:

"They are beautiful! Phyllis loves them! You call Phyllis and you tell her what you did!"

She then cranks things up a notch...

"People from all over come and take photos of the blooms, and you f****d it up! And you are an a** for not stopping! I told you to stop mowing here, you mowed them all down."

"You would not do what I said!"

Let's please all take a moment to remember that the man was mowing on his own property, not hers.

Remarkably, "Karen" seems to have a change of heart...

And, once the man has returned to his home, she comes back with her tail firmly under her legs, saying: "I had to shout at you, because you wouldn't shut the mower off."

At this point, the man tells her firmly to leave, or he will be calling the police.

But, unfazed, the woman continues to reiterate her innocence, and tries to explain why she "had to shout."

Hilariously, as she is about to speak, the man slams the door in her face.

But she can still be heard calling through the door, consistently trying to stress why she wasn't in the wrong. Did someone say guilty conscience?

It remains unknown as to whether the man ever called the cops...

But you can watch the shocking footage for yourself above. For more horrendous Karen incidents, keep scrolling to see footage from a woman having a full-fledged meltdown in Phoenix...