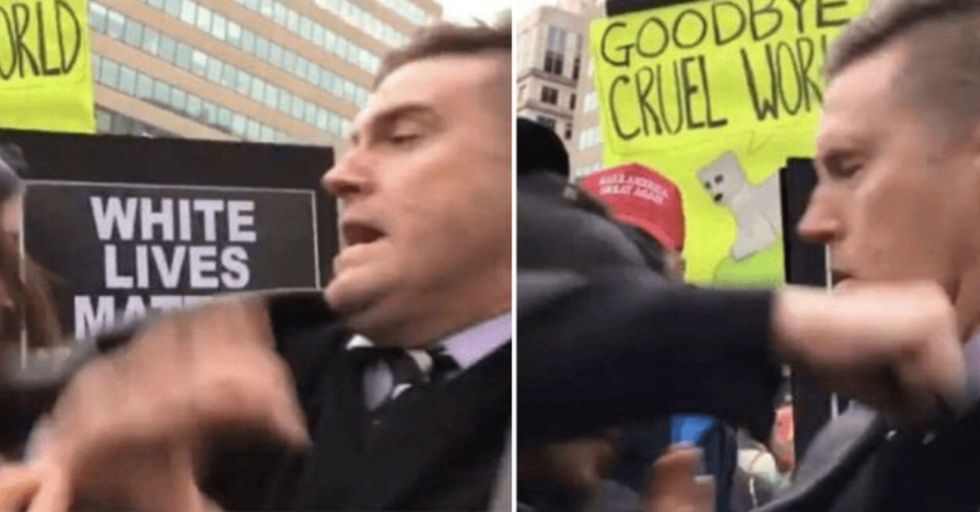 For a little background, Richard Spencer is an actual Nazi that has tried and failed to rebrand white supremacy as "the alt-right" who got an "alt-right hook" to the jaw last week that instantly went viral.

He was giving an on-the-street interview after President Donald Trump's inauguration speech on Friday when an unidentified person clocked him right in his Nazi face.

But now thanks Twitter user tiny bella, it has been revealed that Spencer was actually punched a second time during the day.

Naturally, the Internet could hardly handle this new information, and the photos reignited their love for violence against neo-nazis.