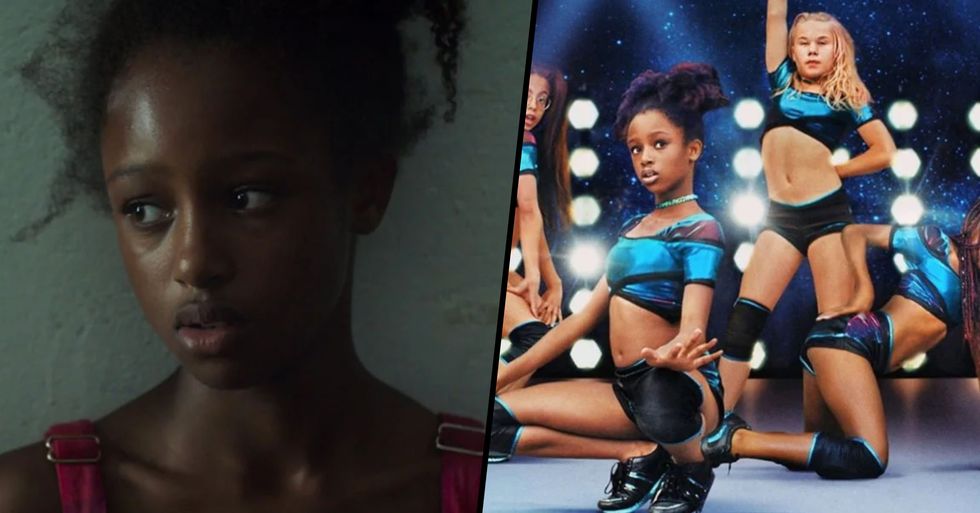 Netflix has apologized for the inappropriate trailer for the new movie Cuties after parents have slammed it for "overly sexualizing" children.

Keep on reading to check out the controversial trailer for yourselves...

There is absolutely no denying that young girls and women are overly sexualized in the media.

The likes of social media and giant streaming platforms seem to encourage this sexualization of children and young girls and the problem just seems to be growing day by day.

And the fact that social media is such a huge influence in the lives of young people is even more unsettling.

But for once, it isn't a social media app facing the heat for encouraging this problem...

Dropping on the 9th of September, the French comedy-drama follows the story of eleven-year-old Amy who is from a Senegalese Muslim family.

When Amy joins a twerking competition at school, her traditional family is left outraged...

Which spurs on the young girl to join a dance club called "Cuties".

The trailer, which dropped earlier this week, gives a sneak-peek into young Amy attempting to embrace her "burgeoning feminity."

Viewers see her bonding with her new dance mates and throwing some very provocative dance moves... many of which aren't at all suitable for an eleven-year-old child.

What on Earth is happening here?!

I'm sorry, but eleven-year-old girls should not be dancing like that. Period.

The trailer even shows Amy attempting to straighten her afro hair with an iron...

Which we're sadly assuming is an attempt to try and look like her white friends who have long, poker-straight hair.

The whole thing is all very weird...

And it's a rather uncomfortable watch, I must say.

People were not happy following the release of the trailer...

Cuties has been labeled as an "eighteen", meaning that it is only suitable for adults. What the...?

I wonder how the actresses themselves feel about the controversy...

Are they even aware of it?

We need to remember that these girls are children.

I just found a trailer for the movie "Cuties" on Netflix and the blatant sexualization of young girls is DISGUSTING… https://t.co/Tv20m0FJMp
— Avery (@Avery)1597867125.0

People were also offended by the ideology of the movie...

A young Muslim girl being enticed by the lifestyle of white girls and wanting to leave her old life behind? Okay then.

A petition was soon started to remove Cuties from Netflix before it's release date.

The page reads: "This movie/show is disgusting as it sexualizes an ELEVEN-year-old for the viewing pleasure of pedophiles and also negatively influences our children! There is no need for this kind of content in that age group, especially when sex trafficking and pedophilia are so rampant! There is no excuse, this is dangerous content!"

Meaning that people are deadly serious about this.

A lot of pressure has been building...

And Netflix has been given no choice but to respond to the outrage over the questionable movie.

The poster of the movie was brought to the streaming service's attention...

And they have made the decision to remove it. In a statement issued, Netflix said: "We're deeply sorry for the inappropriate artwork that we used for Mignonnes/Cuties. It was not OK, nor was it representative of this French film which won an award at Sundance. We've now updated the pictures and description."

But aren't they missing the point?

The outrage is about the over-sexualization of children, and not just about the movie's American poster.

Even though the U.S Netflix poster for the movie was way more inappropriate than the original shot...

I feel that if Netflix still goes ahead with the release date, it will be completely ignoring the complaints from so many concerned parents.

You can check out the trailer for yourselves here.

For more on the subject, keep on reading to learn about the young TikToker who injured herself after trying to twerk along to Cardi B's new (and very controversial) single...