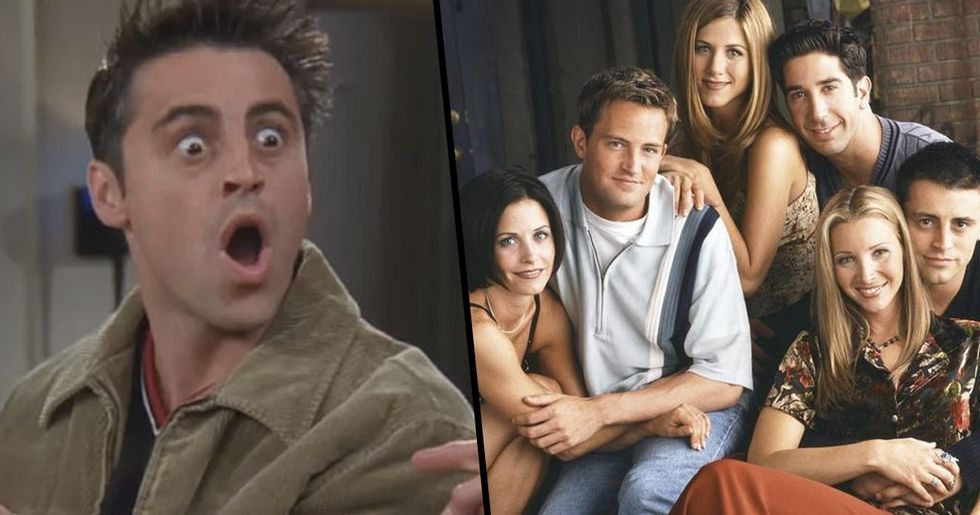 Don't worry Friends fans, the beloved sitcom will still be there for you come 2019.

Despite the fact we've seen every episode a zillion times already, fans of the 90's classic went into full-on panic mode yesterday when an eagle-eyed viewer noticed that the show's availability on Netflix appeared to end on 1st January 2019.

This observation seemed to have compounded fears that the gang will be "pivoting" to WarnerMedia's (who own the rights to Friends) new streaming service, launching later next year. Which if true, would be a huge loss for Netflix, and fans of the beloved show watching all over the world.

But fortunately, the "rumour" that Friends won't be available to Netflix subscribers in 2019 is the biggest error since Rachel put beef in the trifle.

The streaming service has since removed the expiration date from the show's page, and in an attempt to stop Friends fans from having a Ross-style meltdown, Netflix asked some kind of weird turtle man to reassure everyone that the show is going nowhere just yet.

In a tweet for American fans, the streaming service said: "The Holiday Armadillo has granted your wish: Friends will still be there for you in the US throughout 2019."

While the UK version also chimed in with a comforting post of their own.

In a seperate tweet, they said: "The One Where Friends is Going Nowhere, Don't Worry."

Still, Friends is expected to move over to the WB at some point, with fans already threatening to cancel their subscription.

Hulu doesn't have Friends either though, just saying.

So, fill up on Doctor Drake Ramoray, Janice, and Ross's dodgy tan while you still can.