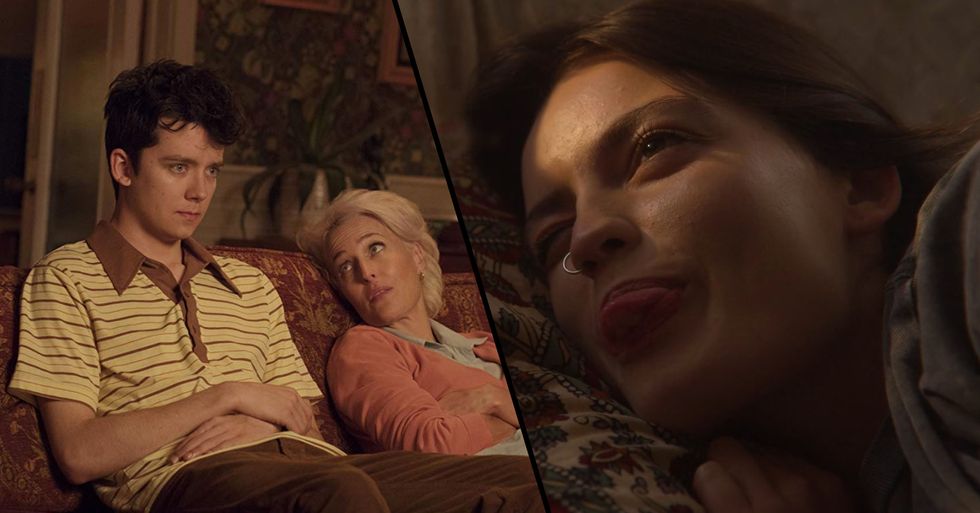 Since it first aired in 2018, Sex Education has been one of Netflix's biggest hits - becoming one of the most talked-about shows on the platform.

As you'd expect, the second season, which dropped just a few weeks ago, has already raked in heaps of praise from viewers, who quickly rallied for a third offering of the show.

Well, there's been some good news...

The British comedy-drama, created by Laurie Nunn, took the world by storm when it hit our screens in 2018.

The show centers on Otis, the awkward, slightly nerdy son of a sex therapist.

Otis decides to go into business with Maeve (an edgy girl who he has a massive crush on) and give out sex advice to the teenagers at their school.

The show has attracted praise for being funny, heartfelt, and inclusive.

There’s no doubt that it has been a smash hit with viewers, with many eager to binge their way through the episodes.

Sex Education plays into the high school stereotypes we all know...

The troublemaker, the jock, the nerds, the outcasts… But it does a great job of subverting those clichés and making its characters three-dimensional.

While it may contain its fair share of student stereotypes...

The show tackles a range of hard-hitting and important issues including abortion, sexual assault, sexuality, and race.

And it's always been in the back of our minds while we've been watching.

Many have described the show as a "bizarre mix of UK and US stuff."

From the ’80s clothes to the American high school with British kids – many people couldn’t get their heads around when and where the series is meant to take place.

This makes so much sense now…

Anyway, given how much of a hit the first season was, Netflix quickly confirmed a second season - which premiered just a few weeks ago.

And it's safe to say that the show’s second offering was no disappointment.

And the "shocking" opening scene attracted a lot of attention.

But would we expect anything less of Sex Education?

And fans really didn't know what to make of it. We really were thrown in at the deep end with this one...

Make of it what you will...

It hasn't taken long for fans to get their teeth into all 8 episodes of season 2...

Season 2 Episode 7 of Sex Education made me cry. I love women supporting women so fucking much https://t.co/vV5AkAkM8q
— Ellekimberly (@Ellekimberly)1581173246.0

The second season of the coming of age epic has raked in tons of praise from viewers.

There were so many strong reactions.

Especially since there were many answered questions.

And after that epic cliffhanger (don't worry, this is a spoiler-free zone)...

Viewers quickly declared their desperation for a third installment. Keep scrolling for all the info...

And it seems our prayers have finally been answered...

Netflix has confirmed that the show has been renewed for a third season!

The exciting news was originally announced on the Netflix YouTube channel.

"Alistair Petrie guides us through the Moordale High art exhibition, with a surprise revelation at the end. Sex Education Season 3 is coming," the video was captioned.

This is truly music to our ears...

And fans instantly took to Twitter to express their delight.

The show's writer has already begun penning the script for the third season.

Speaking to LADbible last month, co-creator and writer, LaurieNunn said: "I've started writing series three, but that's just a very normal part of the process because we work on such tight schedule, and season three hasn't been greenlit yet or officially commissioned."

There's no way Netflix would have pulled the plug on this show...

As of yet, there's no official release date. Fingers crossed we won't be waiting long! In the meantime, keep scrolling to learn more about another binge-worthy Netflix offering.