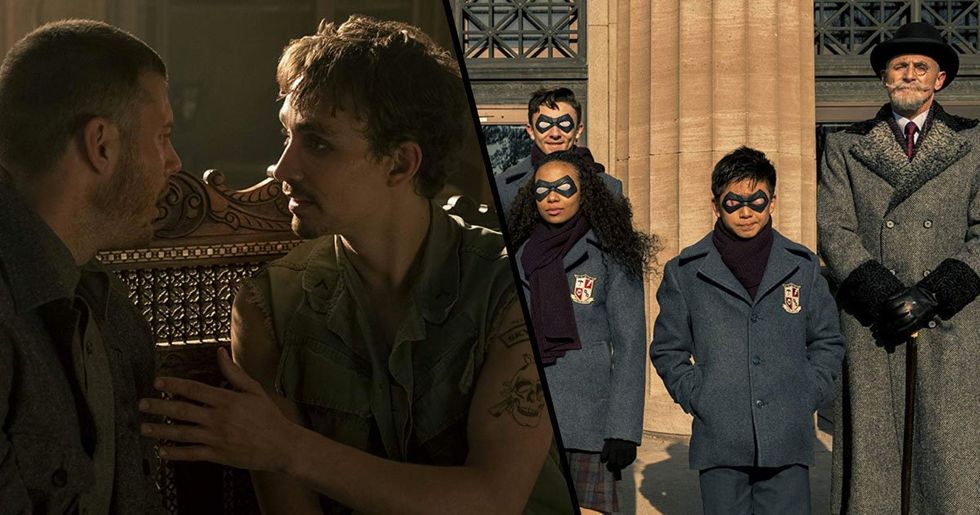 Anyone who's an avid fan of a TV show is familiar with the anxious wait for news that it's been renewed for another season, or if, God forbid, it's been canceled.

Sir Reginald's dysfunctional academy will soon be back on our screens once again as Netflix has just confirmed that the upcoming season is coming soon... and Twitter is filled with excited fans eager to see the show on screens once again, especially after that, well, explosive cliffhanger.

The first season of Steve Blackman and Jeremy Slater's superhero series was released on Netflix 8 months ago.

The on-screen adaption has a star-studded cast ensembled.

In a scenario all too familiar, it seems like the show had viewers glued to their screens. Let's be honest, we all love a good binge-watching session.

It's safe to say that people couldn't believe what happened.

This fan "couldn't wrap her head" around the finale. We're with you on that one.

And fan's prayers were answered when Netflix made an important announcement back in April.

It didn't take long for the reactions to start pouring in...

Fans were very pleased to hear the news.

The pic would suggest that filming has finally finished.

And of course, eager-eyed fans have flocked to social media to predict when they think the season will drop.

But the prospect of having to wait longer hasn't gone down well with viewers...

People are desperate to see the gang on screens again and patience appears to be running thin.

So, when is it looking like the show will return to screens?

Despite no official date being announced by Netflix, the production team has said it can take around eighteen months to produce a series, so fans could still be waiting until the second half of next year to find out what happens next. But who knows, it may be sooner - especially given how successful the first season was - Netflix would surely want a fast turnaround. If you fancy something else to binge while you wait, keep scrolling to learn more about the platform's addictive new series, Unbelievable.