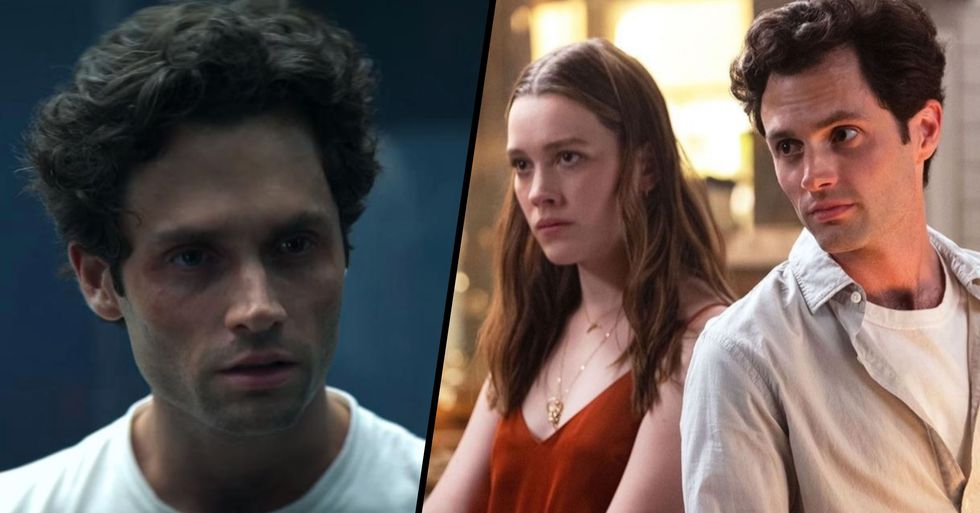 Netflix Confirms 'You' Will Return for a Third Season

After You season 2 dropped last month, the world has been looking forward to seeing it's favorite little psychopath, Joe Goldberg return to his irrational tendencies. And let me tell you something, he did not disappoint.

There's no doubt the show's second offering has gone down a treat, and it seems there's a lot more material in the canon as the hit series has been renewed for a third season.

Keep scrolling for everything we know so far, including the dark theory some fans have about Love Quinn's past.

But for those who've watched it, the second series has given us more questions than it answered.

Some fans have even come up with so many different theories about all the shocking twists...

And they make so much sense!

But there was a bigger question that came from all of this...

Who, exactly, was that mystery woman?

Rather than a brand new "love" interest, some are speculating the character is actually Joe's mom. What?!

But now, after another shocking twist, many of us want to know even more about Love's past.

We already know Love Quinn is equally as psychotic as Joe and after her aggressive "outbursts," including the time she killed her au pair and also slit the throat of Candance in order to protect Joe. Big yikes.

But now this theory suggests that she actually killed her former husband...

She mentions how he was "sick" but never reveals what illness he had. She also says that the doctors couldn't figure out what was wrong with him... But why not? Unless it was an unknown substance in his system... like poison maybe?

And a lot of people seem to agree with this theory...

It does seem like a coincidence that she just accepted the fact that they couldn't pinpoint what caused his death... unless she already knew? I mean, she makes "treats" for God's sake. Plus we already know she's capable of murder.

I'll let you make up your own mind...

But the evidence seems to suggest that she is James' killer.

Fans will be pleased to know that You has been officially renewed for a third season. Here's everything we know so far...

And both Badgley and Pedretti are set to reprise their roles as soon-to-be parents, Joe and Love.

So, do we know when season 3 will air?

Well, details surrounding the newly announced season have been very scarce, but we do know that it's set to premiere in 2021. If you've finished season 2, we have the perfect binge-watch for you... And some people are claiming that it's even better than You.