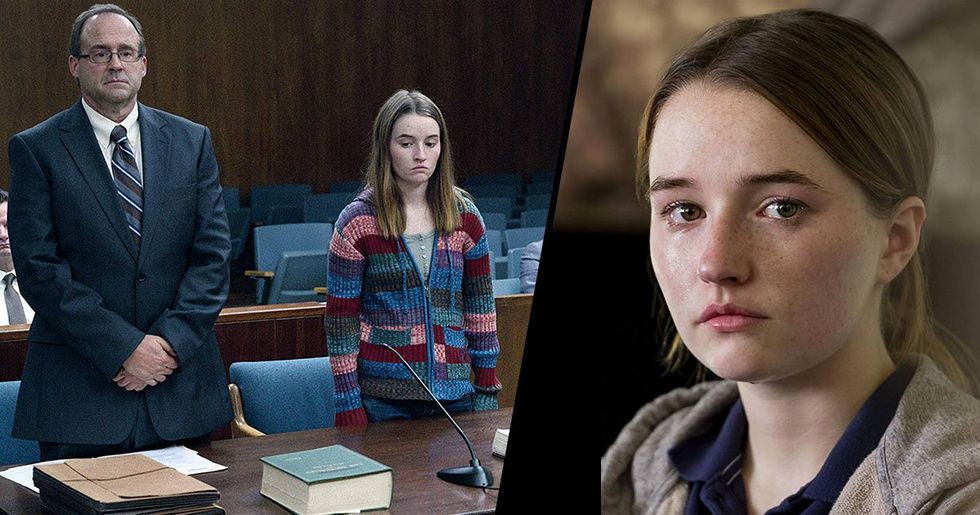 We can always rely on Netflix to churn out binge-worthy content that leaves us glued to our screens for hours on end.

But there's one original series that has been really standing out from the rest... a heartbreaking mini-series named Unbelievable.

The show, which is based on true events, details a horrifically tragic rape-case and what became a gross miscarriage of justice. The scenes have been shaking up viewers, with many unable to resist the temptation to watch the entire thing in one go, all while left feeling pretty rattled by the events.

Keep scrolling to learn more about the tear-jerking series that isn't only leaving people unable to stop watching but is also a massively important story to be told.

Netflix has produced many beloved shows.

From old classics like Orange is The New Black, The Crown, and Stranger Things, to newer hits like The Chilling Adventures of Sabrina, the streaming platform is no stranger to churning out big hits.

As viewers, we are often left glued to our screens.

We're all familiar with the addictive cycle of binge-watching where we never seem to have the discipline to watch just a couple of episodes at a time.

Sometimes drastic measures can be taken.

Whether it's ringing in "sick" to work to get to that long-anticipated season finale or canceling your weekend plans to fit in a long schedule of binge-watching, sometimes there are no bounds between us and the screen.

Earlier this month, the streaming giant released a brand new batch of content.

But there's one original series that's stood out from the crowd.

Netflix's new drama mini-series, Unbelievable, has been striking quite a chord with viewers.

Featuring an impressive cast that boasts Kaitlyn Dever, Toni Collette, and Merritt Wever, the series follows the true-story of eighteen-year-old Marie, who was accused of lying about her rape.

Marie was then charged with the false reporting of rape.

Gut-wrenchingly, no one believes that she was sexually assaulted - eventually leading to her being charged, with her attacker roaming free.

But viewers have to watch as the teen's horrific experience plays out on screen, despite no one believing her.

Her terrifying assault saw her tied up, blindfolded, and raped by a masked knifeman who broke into her bedroom while she slept.

The series is a screen-adaptation of the 2015 Pulitzer Prize-Winning Article "An Unbelievable Story of Rape."

Written by T Christian Miller, The Marshall Project, and Ken Armstrong, the article brought the real-life case of a young woman known only as Marie, to the attention of the public. (As this is a sensitive case, all images used are of Netflix's adaptation and the actors that portray the real-life people involved.)

The harrowing true events unfolded over ten years ago.

In 2008, Marie bravely reported her sexual assault, which saw her bound and raped in her own bed, with the perpetrator taking pictures throughout the ordeal, to police in Lynnwood, Washington. But, she quickly began to face doubt from both the police and her loved ones.

Horrifically, despite being a victim of a brutal sexual assault, the police started to turn on her.

Ken Armstrong, who helped write the famed article about the case, told National Public Radio last year: "When the police began doubting Marie, they turned on her."

"The focus of the investigation became her credibility. And instead of interviewing Marie as a victim, they began interrogating her as a suspect."

She was eventually charged with false reporting of rape, which saw her plead guilty.

After having her case abandoned and now facing charges, under the pressure of police, Marie pled guilty to a misdemeanor charge (punishable for up to a year in jail,) for lying to the police, and was forced to go through probation and pay fines.

2 years later, police from a different department started working together to catch a serial rapist who was terrorizing women.

This investigation led them to Marie's attacker.

Serial rapist, Marc O’Leary (in the show he was named Christopher McCarthy,) pleaded guilty to raping 3 women, including Marie, and trying to rape a fourth in 2011 in Colorado. He was sentenced to 327 and a half years in prison. Then, in 2012, he was given another sixty-two years after pleading guilty to 2 rapes in Lynnwood and Kirkland, KOMO News in Seattle reports.

Netflix's on-screen adaptation echoes this heartbreaking tale of one woman's traumatizing ordeal and a terrible miscarriage of justice.

Unbelievable is a difficult watch, but certainly an important story to be told.

As Netflix fans embarked on the series, it solicited a mass response online.

Many people took to social media to react to the harrowing yet poignant drama.

Many were left unable to switch off.

Despite how harrowing the scenes are, it seems many people were glued to their screens.

Many pointed out how heartbreakingly powerful the series was.

Like this user, who said the show highlighted the "horrific level of victimn blaming by professionals."

Others also praised the cast.

Damn, I love the interaction between the characters, Toni Collett and Merrit Wever play. All the female roles, in t… https://t.co/Pk9gPIOV7u
— Jennifer Goldfrapp (@Jennifer Goldfrapp)1568585035.0

The "beautifully written" series clearly struck a chord with viewers.

I was honored to executive produce the new @netflix mini-series UNBELIEVABLE based on the Pulitzer Prize-winning… https://t.co/TOew2wqYn8
— Katie Couric (@Katie Couric)1568394333.0

Unbelievable is available to stream on Netflix now. Want to read more about the binge-worthy content the streaming giant has been hammering out this month? Keep scrolling to learn about the new horror series that people are calling the scariest ever show from the platform.