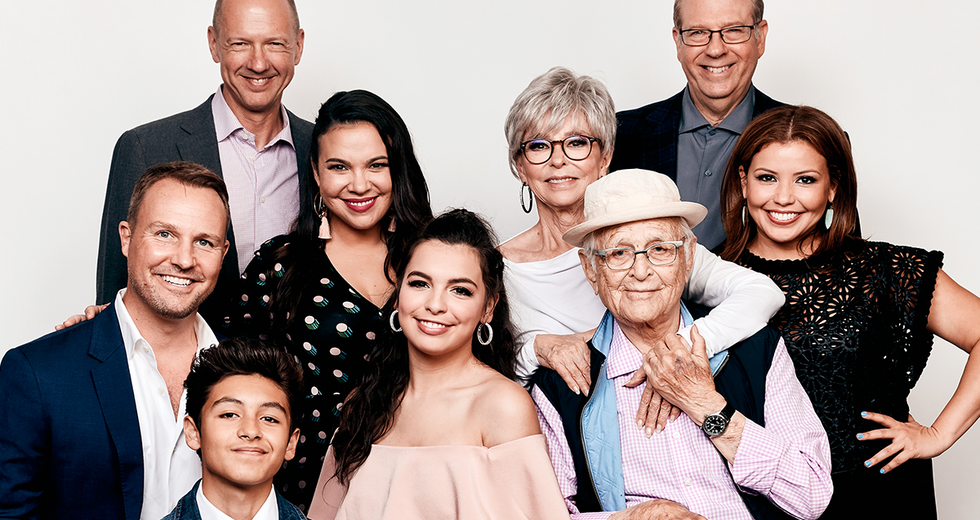 Netflix Has Canceled Its 'One Day at a Time' TV Series

When Netflix first decided to take on the reboot inspired by Norman Lear's original sitcom, One Day at a Time, people were ecstatic. The timeless classic that many of our parents grew up with was gifted with a new life and on a new platform!

The reboot followed a Cuban-American family, centering around the single, army veteran (and now a nurse), Penelope. The show followed Penelope through her life and interactions with her family, all of whom help her through the ups and downs of love – But not without cracking a few jokes, from time to time.

As heartwarming as it was to see the inspired revival of such an old classic, it's just as heartbreaking to hear that Netflix has canceled the show.

Let's take a step down memory lane for one moment...

What is this original One Day at a Time show I keep referencing?

Well, it's a Norman Lear classic.

Norman is an American television producer and writer, who produced many popular shows from the 1970s and on – including One Day at a time. Other shows include All in the Family, Maude, Sanford and Sons, The Jeffersons....etc. I could go on for a while, folks.

And ran on CBS until 1984. The show centered on a divorced mother and her two daughters, living in Indianapolis.

It became wildly popular among families in America...

As the show displayed characters with unnatural storylines and flaws. Ann Romano, the main character was a divorcee and single mother who began dating her divorce-lawyer. The show ran on prime-time hours, following the ups and downs of Ann, her relationship and her parenting efforts.

Much like Ann, viewers follow Penelope (Justina Machado) into a new life-situation as she is a recently-divorced woman, who's struggling through life's ups and downs.

The show became popular with viewers on Netflix, as it followed the age-old characteristics of a Norman Lear classic – who by the way, was executive producing. At 96 years old!

Along with divorce, 'One Day at a Time' tackled other important societal issues.

One Day at a Time has highlighted issues Hispanic families in America face, along with PTSD and mental health commonalities between war veterans.

With a genuine storyline and a comedic cast, the show was able to amass great reviews.

So when Netflix announced that the show would be canceled, people were surprised.

"We worked with the best, most giving and talented cast, writers and crew ever, as well as the incomparable Norman Lear." Mike wrote.

Mike also went on to say that while the team is sad, they're also very appreciative of the experience they were able to have. *Cue more sobs*

So, why was the show canceled?

Writer and show-runner Gloria Calderón Kellet had a sneaking suspicion that the cancelation would be due to the number of views. She tweeted this post back in February.

They emphasized the difficulty of their decision. But it was all due to viewership.

They then thanked the cast and crew of the show...and followed it up with a heartfelt message.

Netflix mentioned that they did not want anyone's stories to be seen as unimportant. They emphasized the fact that we need to continue to produce shows just like this. So who knows? Maybe we'll see something similar soon.

But for now, I think we'll have to agree with Gloria Calderón Kellet on this one.

The TV biz is no joke. If viewership tanks, there's often a tough decision that needs to be made. Unfortunately, no matter how heartwarming or progressive the storyline, business is business.

Even the man himself, Norman Lear, chimed in.

He ended his note with, "Is there really so little room in business for love and laughter?" I'm with you, Norman.

Hey @nbc...I hear you like comedies with built-in fan bases that do even better on YOUR network than at their previ… https://t.co/DQJJoHgoMd
— Lin-Manuel Miranda (@Lin-Manuel Miranda)1552587613.0

I mean, he's got a point. Have you seen NBC's track record? The saved Brooklyn Nine-Nine after being canceled by FOX. They could totally help out One Day at a Time!

One of the most beautiful moments I had on set of One Day At A Time was when I got to guest star. Rita Moreno invit… https://t.co/pVLdNeQmQ1
— Stephanie Beatriz (@Stephanie Beatriz)1552588447.0

Stephanie Beatriz who stars on the NBC show chimed in on the "Save One Day at a Time" hashtag.

She shared a sweet story about her guest appearance on the set of the show.

@melissafumero She ushered us in and i stared at the pictures on her walls: winning a Tony Award, her with her fami… https://t.co/Ylb2Q99eaY
— Stephanie Beatriz (@Stephanie Beatriz)1552588595.0

And her time spent with one of the lead actresses, Rita Moreno.

Moreno was an inspiration to Stephanie when she was younger.

@melissafumero I could barely breathe. When I was young I obsessed over Rita. I had her pictures on my wall as PROO… https://t.co/dnM2Uep4Qc
— Stephanie Beatriz (@Stephanie Beatriz)1552588709.0

As you might be able to tell by her "I could barely breathe" line.

This is so cute...and funny.

@melissafumero she was so generous on set too, and funny as FUCK. I’ll never forget how kind she was and how specia… https://t.co/ITDPoyUKFq
— Stephanie Beatriz (@Stephanie Beatriz)1552588808.0

It's amazing to see someone like that was a big inspiration to another successful actress.

Everyone pretty much had the same reaction about the cancelation.

I mean, the characters have been through so much!

We aren't gonna let Schnieder live out his dream??

Some viewers decided to give Netflix some sass...

I mean, if they didn't really promote the show, then how was it going to get viewer? They've made a great point. Can you believe???

There's even some really relatable lines from the show that really displays how the internet feels about this.

I'm not joking, all of Twitter is in an uproar about this.

You can't help but laugh at them.

Here's some more 'Brooklyn Nine-Nine' humor for ya.

Sorry, Netflix. Don't hate us! Just, like...bring the show back.

And speaking of bringing the show back...

I'll leave you with a few of these cryptic tweets.

What do you mean, Isabella?

Give us some answers! Everyone knows we could use a little bit of good news.

And Normal Lear replied with an ominous, "To be continued..." I think it's safe to say that this show might not be on Netflix anymore, but that doesn't mean it's gone forever.

Either way, there's a bright future ahead for the 'One Day at a Time' cast and crew.

We wish them all good luck! What do you think? Share this with your Netflix, binge-watching buddy.