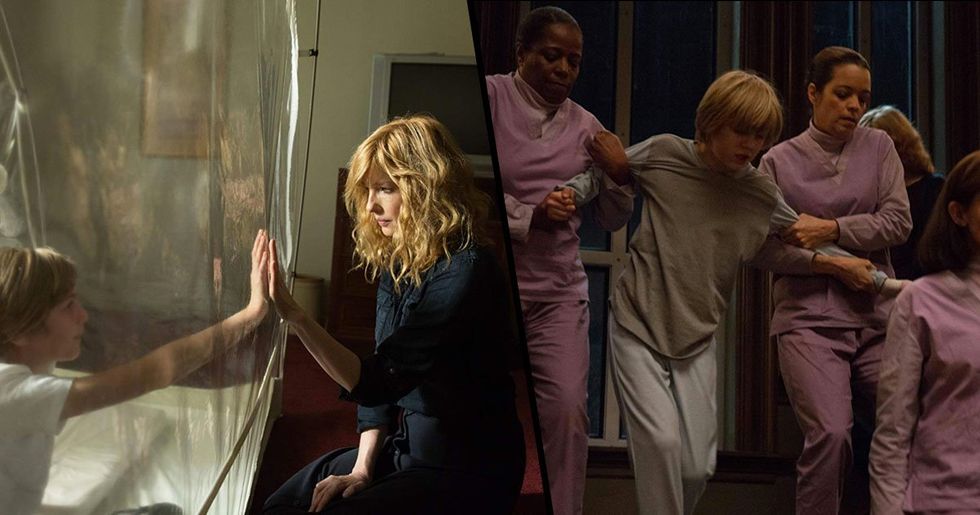 Netflix has gone and done it again. The streaming giant is truly on a winning streak when it comes to its horror-related releases, and given Halloween is only a matter of days away, there's nothing better than getting your teeth into a fresh new spooky spectacle.

One of the platform's latest releases has really got people talking. Eli ticks all the boxes for a good horror movie - creepy premise, good hook, unpredictable twists and turns, and scenes that are guaranteed to play on your mind.

In fact, the spooky flick is that terrifying, it's had viewers "seeing demons." So, all-in-all, the general consensus is that the movie is absolutely petrifying.

Feeling tempted to take on the challenge? Keep scrolling to see what all the fuss is about... if you dare.

Nothing about being completely creeped out, jumping out of your skin, or sleeping with the light on after embarking on a late-night horror movie viewing seems all that appealing, but somehow, the horror franchise has racked up quite a significant fanbase.

No matter how frightening or gory, it seems we just can’t stop watching.

Shows like The Haunting of Hill House are proof of this.

While the platform treats horror fans to a petrifying selection of scary movies, it’s also been host to horror-series, like The Haunting of Hill House, that gives viewers a prolonged adrenaline-inducing experience of horror.

And of course, the streaming service offers a slate of cult classic horror movies too.

Although, the most dedicated of horror fans tend to know these movies inside-out.

In the lead up to Halloween, Netflix has been treating fans to a slew of fresh horror content.

There's no better time to sit back and watch a horror flick than the most spooky time of the year... Halloween. And we have to be honest, this year, Netflix is truly knocking it out of the park.

But one of the platform's horror drops has been garnering significant fan attention.

Brought to us by the producers of horror smash hits, The Haunting of Hill House and Geralds Game, Eli stars Charlie Shotwell in the leading role alongside Kelly Reill, Max Martini, and Stranger Thing's Sadie Sink.

Eli centers on a young boy who has a debilitating illness.

His illness means he's confined to the indoors and must wear a protective suit if he were to go outside.

His parents, Rose and Paul, send Eli to a treatment facility to try to find a solution.

But of course, things don't quite work out as they'd hoped - given it's a horror movie and all.

But shortly after, things take a supernatural turn...

The treatment leaves Eli in great pain and the 10-year-old soon begins to realize that things in the facility aren't as they seem - leaving him unable to trust anyone. It isn't long before the whole facility becomes a full-blown terror-fest for the young boy.

The flick boasts creepy kids, a decrepit old house, questionable medical procedures, all with a supernatural undertone... aka everything that makes a good horror watch.

But by no means do the traditional tropes mean this is your average horror flick.

While the majority of the film plays out like a typical supernatural ghost story, viewers are treated to a shocking twist at the end that sets it apart from its other horror-themed counterparts.

It's truly a terrifying spectacle.

From disturbing hallucinations to petrifying visions, it becomes clear that something sinister lurks within the walls.

The movie has been playing on the minds of viewers.

Many of whom have taken to Twitter to write how terrifying the nightmare-inducing movie was.

Some have been terrorized that much, they are seeing demons themselves.

"I SWEAR I'm seeing demons out of the corner of my eyes." That's a straight-up no from us.

Others claim that immediately after watching the movie, they've also experienced strange things.

Things just seem to be getting creepier and creepier...

For the most part, it has been a hit with fans.

Many pointed out how the plot twist at the end was shocking.

Still fancy giving it watch? Check out the trailer below.

In the meantime, while we're well and truly in spooky season, keep scrolling to get a glimpse of Netflix's other new horror releases.