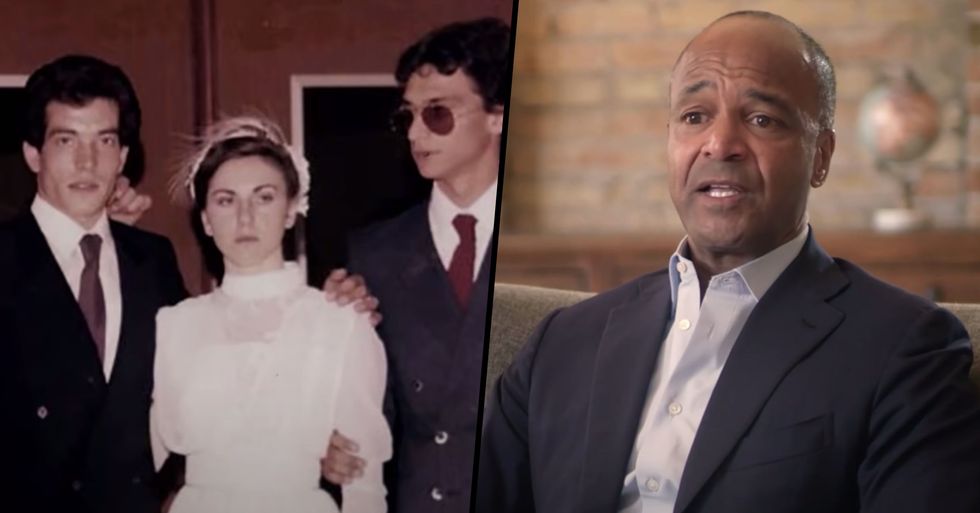 The true-crime documentary series in question is about 5 of the world's most wanted criminals who are still at large. World's Most Wanted is set to premiere next week - and it looks like one that's not to be missed.

And if you love documentaries...

Well, it is perhaps the most exciting (and darkest) yet.

We all know that crime is an (unfortunate) part of life.

And in order for crime to happen, well, there have to be criminals getting it done, right?

And most crime documentaries?

Well, they essentially focus on what happens after a criminal is brought to justice.

But there's a whole other side to the story, too.

What about those criminals who manage to get away with murder (quite literally)?

Because for all the evil masterminds inside the cells ...

There's a multitude of criminals who managed to escape the hands of the law.

And even with the best men on the job ...

There are several terrifying criminals who've managed to evade capture.

Which is where this new doc comes in.

World's Most Wanted traces the stories of 5 of these terrifying humans.

These are five of the biggest names in the world of policing.

Chosen both for the horrific natures of their crimes, alongside the crazy ways they've managed to evade capture.

Each episode focuses on a different Most Wanted.

So there are 5 excellent true crime stories you can sink your teeth into.

Although the show comes with a warning.

Don't watch it if you're trying to get a good night's sleep!

One of the chosen criminals is Semion Mogilevich.

The crime kingpin is sometimes referred to as the "boss of bosses."

He's a Sicilian gangster wanted in connection with the murders of over fifty people.

Félicien Kabuga gets an episode, too.

He's a Rwandan business mogul though to be connected with genocide in his homeland.

Samantha Lewthwaite - known to the FBI as the "White Widow" thanks to her connection to the London 7/7 bombings.

The series announcement has hit the Twitter-sphere ...

WORLD’S MOST WANTED lands on #Netflix on 5th August Netflix’s new docu-series is about the world’s most wanted cri… https://t.co/NQV8ameLEs
— RaniaRadioNova (@RaniaRadioNova)1595757778.0

And needless to say, it's caused a stir.

People are getting excited.

We so need a new crime series to sink our teeth into!

And the trailer has us all intrigued.

We can't wait to let our inner detectives run riot!

Fancy more Netflix news? Scroll on to see how Stanger Things has been landed in hot water ...