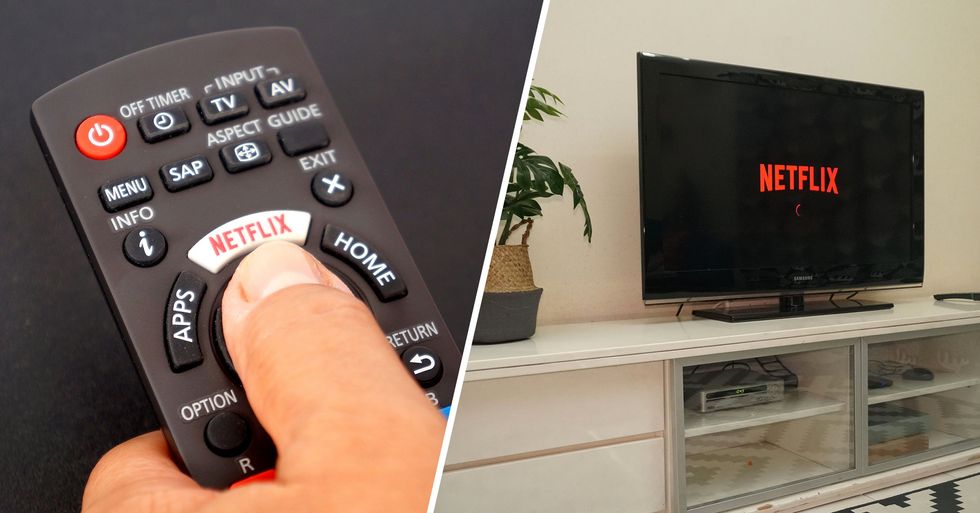 The coronavirus pandemic that is taking over the world has certainly dampened the beginning of this year and people are in a mass panic.

But praise the Lord for Netflix!

Keep scrolling to learn about what the streaming service has to offer for people in quarantine...

We all love a good binge-watch...

Sitting back, relaxing, and hitting play on your favorite show is the best way to wind down.

And when Netflix came on the scene, it was the answer to all our binge-watching prayers.

Offering a whole host of original releases, movies, TV shows, and documentaries...  it's heaven for every television fanatic out there.

The company was the main rival to Blockbuster, a major chain that was the pinnacle of ’90s and early ’00s childhoods and allowed you to rent films, games, and TV box sets.

But, in 2007, Netflix moved towards the feature that it is best-known for... streaming.

At the time, many outlets were moving away from traditional DVDs, so it’s no surprise that Netflix chose to keep with the times.

Closely following House of Cards was Orange Is The New Black, which is one of the platform’s biggest success stories. Of course, we can't forget big hits such as Stranger Things, The Crown, and Mindhunter.

The streaming giant truly has dominated the market...

Out of all the streaming services, there's no doubt Netflix is at the top of the game - with over sixty million paying subscribers in the U.S. alone.

And we've become so dependent on the streaming giant...

That we can't quite imagine life without it.

We rely on Netflix for many things...

But it seems that we've never needed it more than we have in the last few months.

Unless you've been living under a rock this year...

Or if you're Jared Leto, then you'll be more than aware of the coronavirus pandemic that has taken over our world.

This is one of the worst global pandemics in recorded history.

So far, according to Worldometer, 8,272 people have died around the world and a further 205,642 people are confirmed to be infected with the virus that originated in Wuhan, China.

So many countries are now on lockdown...

And hundreds of thousands of people have been advised to self-isolate and work from home.

Of course, this is a very difficult time for many...

And staying indoors for weeks on end is extremely boring.

Many people who are currently in quarantine have been taking to Netflix to fulfill their boredom...

And now, it seems that Netflix has noticed this influx.

This is now a new Chrome browser extension that allows us to watch our favorite Netflix shows along with our friends. Yep... seriously.

This new feature is completely free.

The extension will sync the movie or TV show that we select so they don't lag behind one another when one of us takes a bathroom break or runs to get more snacks... important stuff.

And especially in these socially isolated times, we need a little bit of companionship every now and then!

It also includes a group chat...

The description on Netflix Party's website reads, "Netflix Party is a new way to watch Netflix with your friends online. Netflix Party synchronizes video playback and adds group chat to your favorite Netflix shows." "Join over 500,000 people and use Netflix Party to link up with friends and host long-distance movie nights and TV watch parties today!"

So how do we get it?

Firstly, you need Google Chrome in order to download the extension. Then follow this link and select "Install Netflix Party" - You'll be redirected to the Google Chrome store, where you'll need to select "Add To Chrome" to finish installing the extension.

To start a Netflix Party viewing session, you just need to start watching something on Netflix and select the "NP" icon next to the web address bar on your browser...

Then select "Start Party," which will create a URL that you can share with your friends to invite them to the long-distance movie night. Simple!

There's nothing that will make this pandemic any better right now...

But a good old-fashioned Netflix binge with your pals will surely take the edge off! Keep scrolling to double-check which TV shows and movies have been canceled by the pandemic...