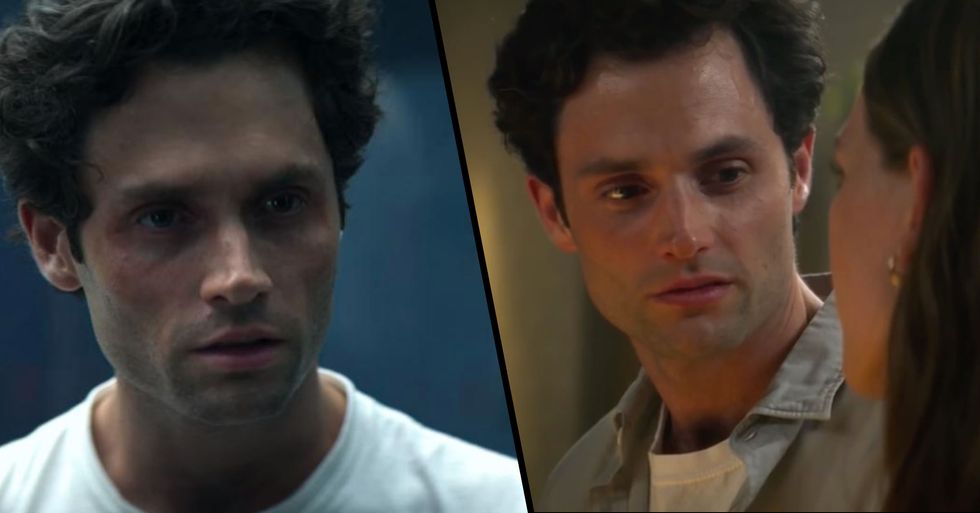 Alongside all the classic Gossip Girl jokes, though, there has actually been a ton of surprisingly hilarious reactions to the most anticipated show of the year.

But now Netflix have dropped a new You video - and fans can't believe how scary it is.

This all makes sense now. But on top of all the hilarious Dan Humphrey content? Well, You season 2 has prompted a ton of funny reactions.

We fall for him every time.

Those who know, know.

On our love for creepiness.

Hey, at least we're all in it together, right?

anyone else realise the quinn’s parents named them ‘forty’ and ‘love’ because they play tennis as in forty-love… https://t.co/TNV1WHCdRL
— maddie (@maddie)1577367994.0

Maybe these show writers are smarter than we give them credit for...

On being a clown.

Why do we always think the best of this murderer?

You is certainly a wild ride.

How is this man such a successful stalker and killer?

The problem is, murderous rampages can end up being rather unpredictable.

On being taken in.

And yet, we keep on falling for it...

On the little box.

Always a sign that things are not going to end well...

Yet another harbinger of bad news.

How to have a crush on Penn but not on Joe?

Not a beloved character.

It's important to be able to laugh at yourself - even if you're a serial killer.

Perhaps a little overused this time around?

Awkward to say the least.

We seriously should have guessed.

We bet these 2 felt more than a little foolish.

Now, that's not exactly fair, is it, Joe?

Seriously, the downfall of every one of Joe's victims.

Yep, this would get us feeling nervous too.

Who could possibly forget?

Not exactly subtle... but certainly effective.

This show is such a crazy experience.

Truly, he is absolutely terrifying.

It's easier said than done, it seems.

You can't kill someone then wonder why they're dead, Joe.

We were all rooting for you!

And yet, it always seems to work.

Hey, it's nice to feel smart!

This one had us shook.

Some of this dialogue is simply ingenious.

Truly, the only real takeaway.

Honestly, this one would probably work better.

Kind of sad things didn't work out this way, actually.

Say what you like about Joe, but he has charisma.

But this time, they're gory.

There's got to be a simpler way to deal with couple arguments!

One of the biggest outrages of the whole viewing experience.

This is one we wouldn't fancy messing with.

This Tik Tok perfectly captures the You viewing experience.

We can't wait to see where this will go next.

And Netflix's latest drop has everyone feeling pretty weird.

Let's face it - the world seems to have some sort of unacceptable crush on Joe.

Because, in spite of the fact Penn Badgely is a pretty attractive man ...

His characters is a total creep - not to mention a dangerous murderer.

Some managed to sweep that minor detail under the rug.

But Netflix's latest drop has people realizing just how much of a creep Joe really is.

The video consists of scenes from the show without Joe's voiceover.

And it makes for some pretty uncomfortable viewing.

Because without Joe's charming (and sometimes hilarious) internal monologue?

His character seems uber odd. "Well that is just weird. Imagine what all them people must think. This dude just stands there and stares for a very long time," wrote one commenter.

It's weird how much the lack of voiceover makes a difference! Want more Penn Badgely content? Scroll on for all the details on the Gossip Girl reboot.