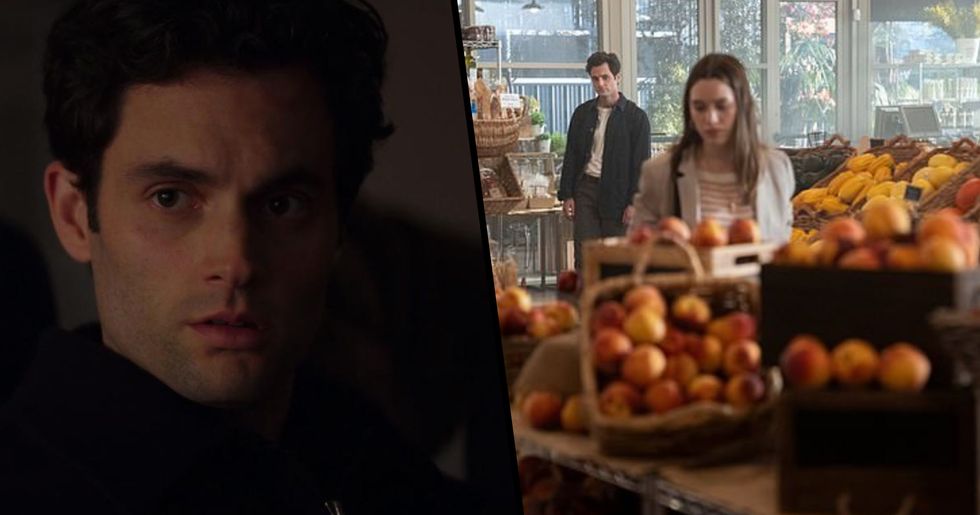 And now we've finally been treated to an official first look at the upcoming season. Keep scrolling to see what's in store - the last sneak peek is shocking!

Because in spite of the fact Jow Goldberg was a stalker and murderer?

We're very excited to get creeped out by Joe once again.

This week, fans have finally been treated to an official first look at the upcoming season.

As the release date for season 2 creeps closer, Netflix have teased fans with some snaps from the long-awaited season. Just wait until you see the last one...

First up, could there be a rekindled romance?

Joe and his ex appear to be holding hands... Though it could perhaps be a flashback? After all, the new season sees him running from Candace who's determined to teach him a lesson.

He's very clearly up to his old tricks again.

When he's got his hat on, you know he's definitely doing some stalking.

We've been treated to a sneak peek at some new faces.

We get introduced to Joe's new obsession's friendship group.

Here's Love (on the far left) hanging out with her friends.

They're apparently into  "Yoga, acupuncture, psychedelics, trendy grocery stores, and lifestyle blogging." Who knows which ones will survive?

According to E!, Joe now works in a grocery store/ cafe named Anavri after store manager, Calvin, hires him.

Investigative journalist, Delilah, played by Carmela Zumbado, becomes very suspicious of Joe and his chilling antics. Our advice would be to escape while you can, Delilah...

Of course, we get to see him in full-blown terrifying stalker mode.

Probably the most anticipated of all the first look snaps is to see him up to his usual tricks after falling in love with his new obsession - aptly named Love.

But the biggest question is: When will we be able to watch it?

You season 2 will be available to stream on Netflix from December 26. But if you really can't wait for some terrifying Netflix content, we've got you covered - just keep scrolling!