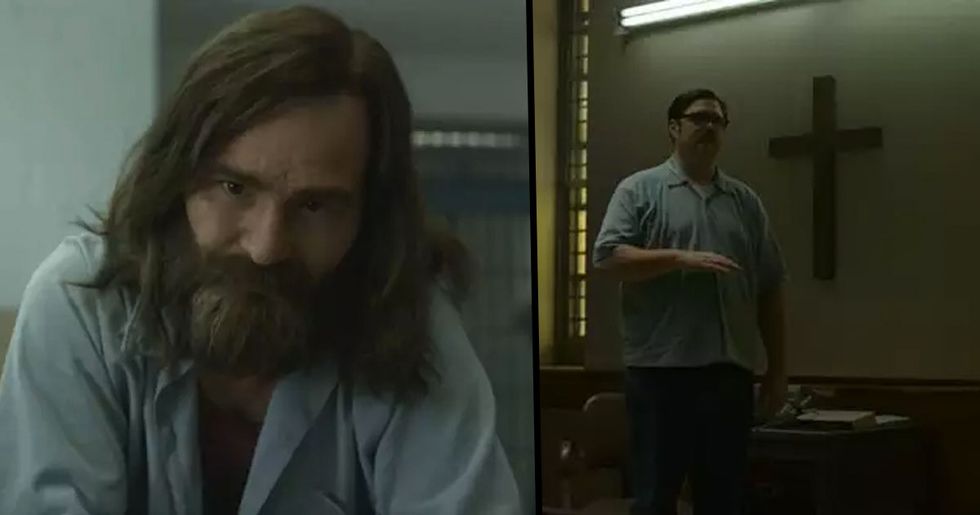 Guess why we're all excited. No, it's not because we won the lottery - although that would be great too. It's because images from the second season of Mindhunter have officially been released!

After the success of season one, we were expecting the news to drop earlier, but when it didn't, we started thinking that it may never come. That's when the waiting game began. And now, almost two years later, it's been announced that Mindhunter will be back on our screens - and a lot sooner than you may think!

Keep reading for all the scoop on season two...

The Netflix original series, Mindhunter, is set to hit our screens again.

Yes, it's official! The wait is now over. The popular crime series is set to make a comeback on August 16th.

It follows a group of mind-hunting detectives, who give us an insight into the minds of serial killers.

The most interesting part is the fact that we get to learn about the little details of mass murders that really took place. Things that were never reported by the media, but were found to be true, are mentioned throughout the series to create informative, yet entertaining, episodes.

So it's no wonder that the TV series proved to be just as popular.

Season 1 received great reviews, as audiences seemed to be hooked on the thrilling nature of the program.

The first season told the story of the notorious serial killer, Edmund Kemper.

We were hooked from the moment that we knew that Cameron Britton would star in the role. The accurate depiction of the killer was what made this chilling storyline worth investing in.

And the true story is just as frightening.

From 1972 to 1973, Kemper murdered ten people including his mother and his grandparents. He was also known for his necrophilic tendencies. He is currently still imprisoned at California Medical Facility.

And, apparently, his character is also making a comeback in season 2!

But there have not been any specific details on whether they're extending his original storyline or if he's getting involved in a new one. Yet. Either way, we're very excited to see Ed Kemper again. That's a line that I never thought I'd say...

There have also been rumors that a certain Charles Manson might be making an appearance, too...

Nowadays, it's completely normal to have an obsession with serial killers, right? Or is that just me? According to reports, we will be delving deeper into The Manson Family, an American cult consisting of over one hundred followers who liked to murder for fun...

Well, they did have a pretty weird lifestyle...

Which involved the casual use of drugs. But that's still no excuse to murder...

Are you excited yet? Because we are!

I'm ready to see the detectives back in action. Let me give you the scoop on everything that we know about season 2 so far, including some exclusive pictures released by Netflix.

The new season will be set two or three years after season 1.

And the pictures show that the prime focus will be on the child murders that took place in Atlanta between 1979 and 1981.

These murders shocked and devastated the entire nation.

In those years, at least twenty-eight children and young adults were killed by Wayne Williams and possibly some of his accomplices, but that was never determined.

Williams was only charged for two of the murders...

And the rest remain a mystery. We're hoping that Mindhunters will expose some more details about what actually happened and how the murders were carried out.

It will be interesting to see who plays the role of Wayne Williams.

From what we know, there hasn't been any news released on the matter as of yet, but we're hoping that someone will tell us before the season starts!

Here's a look at the official synopsis released by Netflix:

"FBI agents Holden Ford and Bill Tench probe further into the psyches of those who have done the unthinkable. With help from psychologist Wendy Carr, they apply their groundbreaking behavioral analysis to hunting notorious serial killers."

The series has been described as "deep," "dark," and "wonderful."

Charlize Theron, who is one of the show's executive producers, referred to the new season as "deep," "dark," and "wonderful." I didn't think that I could be any more excited, but I am now!

And it seems as if the whole of Twitter is, too!

Since the announcement was made, people can't help but tweet about their happiness.

It seems as if this user has been waiting around for ages.

We feel your pain!

And Lynne doesn't know how they could ever top Edmund Kemper's character.

We don't know either, so it'll be interesting to see if they can!

I think that Laura is a little too excited...

This news has really exposed the true fans of Mindhunter as opposed to those who have just watched the series.

So keep your eyes peeled!

And if you really can't wait until August 16th, we have something that will keep you busy! Have a read of this list of the best shows on Netflix right now (we've even ranked them!). That should tide you over.